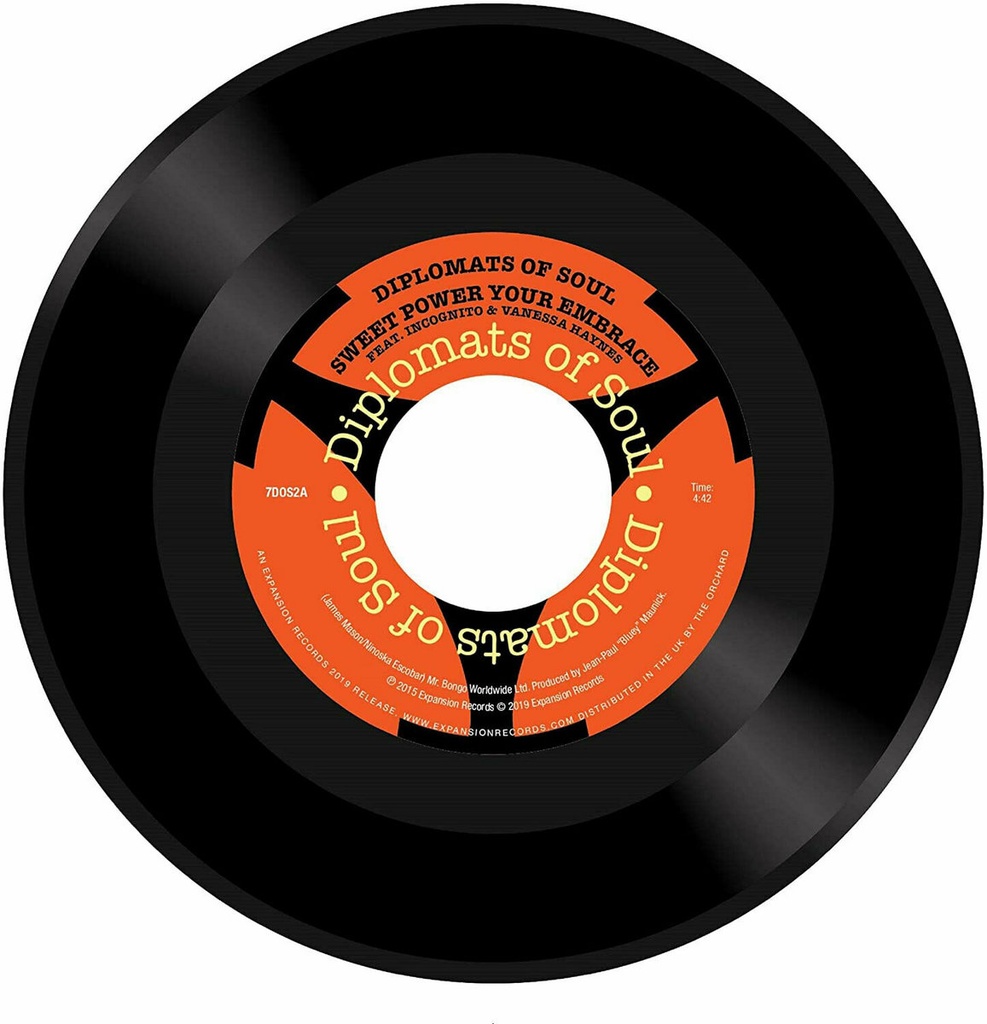 Diplomats Of Soul return with a new singe revisiting two classic jazz funk tracks back to back. "Sweet Power Your Embrace" was originally written and recorded by James Mason, the signature track from his iconic album "Rhythm of Life" released in 1977. Diplomats of Soul take the track back into the studio with the musicians of INCOGNITO, the production skills of BLUEY and guest vocals of VANESSA HAYNES and give it a makeover of epic proportions. On the flipside comes "Mi Sabrina Tequana" recorded in Asia where Diplomats Of Soul have worked as DJs since 2006. The original was recorded and released by Ingram, also in 1977. The 2015 version released here is an impressive alternative further showing the Diplomats Of Soul commitment to breathing new life into classic tracks alongside original creations ahead of a debut album.