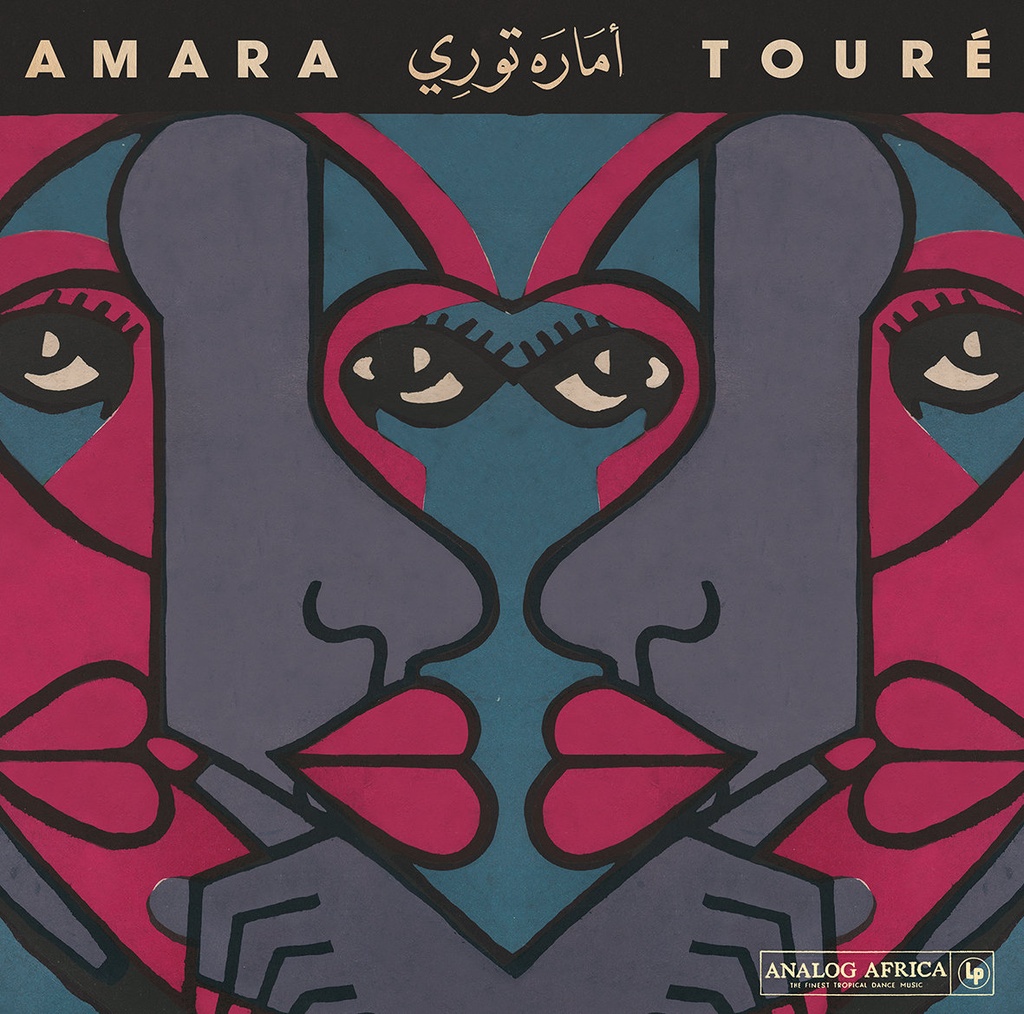 The enigmatic Amara Touré from Guinée Conakry finally getting a well deserved compilation showcasing all of the 10 songs ever released between 1973 and 1980. Cuban influenced music of a different kind featuring amazing spaced-out guitar works!!

"Latin music, is it really foreign to us Africans? I don't think so. Listen to the drums, to the rhythm. It all seems very close to us - it feels like it’s our own culture”, declared enigmatic singer Amara Touré.

It is the late 50s, and Senegal is going crazy to the groove of Son Montuno and Patchanga. Brought to West Africa by Cuban sailors in the early 40s, these styles were immediately adopted by a flourishing music scene that did not hesitate to embrace the Caribbean sound, mixed it with their own Folklore, and, in the process, created something new. Through the unique cultural fusion of West African and Caribbean influences, Latin music took on a new and unique sound - the format was reinvented.

Producer Ibra Kassé and his Miami nightclub acted as the spearheads of this movement. They brought a breath of fresh air into Dakar's nightlife, further energising one of West Africa's most exciting cities. The demand for ballroom parties and live acts exploded, attracting numerous musicians from surrounding countries. One of the musicians who answered this call was percussionist and singer Amara Touré, from Guinea-Conakry. Spotted by Kassé while performing with Dexter Johnson, Touré was asked if he would like to be part of a new project. Little did he know that this project would become a phenomenon.

Immensely important for the development of Senegalese modern music, Le Star Band de Dakar, led by Mady Konaté, became a sort of musical incubator and workshop, where many musicians learned and practiced their trade before moving on to become stars in their own right. Touré's talent on percussion was undeniable, but it was his powerful and raw voice that captivated the producer. The fascinating way Touré interpreted Cuban music was unparalleled, and it was this feature that encouraged Kassé to recruit the unknown artist.

Although already brimming with incredible talent, Amara Touré's joining of Le Star Band de Dakar in 1958 began the band's meteoric rise to the top. The band quickly became Dakar's number one orchestra, and it cemented the reputation of the Miami nightclub as the hottest spot in the country. The place was packed nightly, and Dakar was boiling.

Amara Touré's Senegalese adventure lasted for ten years when he received an irrefutable offer and in 1968, joined by a few talented Senegalese musicians, headed to Cameroon and immediately formed the Black and White ensemble. Many live gigs later and it was time for the first songs to be recorded. A total of three singles were produced between 1973 and 1976. These singles, representing the first six songs on this compilation, fully epitomise and distill the essence of what Touré had learned during his career. His Mandingue roots fused with the Senegalese sound that he had mastered - the perfect foundation for the Touré's Cuban interpretations.

If Touré's intention was to create the most sensual music ever recorded in Africa, he might very well have reached this goal. The musicians on the recording sound like they are playing in a smokey, poorly lit juke joint, where dark rum was sipped ever so slowly, and the pulse of the music took up a life of its own. How many couples have danced, swayed, and melted together to the distinct sound of Amara Touré? Nobody can say for sure...

Amara Touré's success poured across the borders of Cameroon, and in 1980 he went to Libreville, Gabon, to team up with the powerful Orchestre Massako. Touré recorded an LP at that time which is hailed by many music aficionados as one of the very best African albums. The songs from that LP are the last four on this compilation.

It took only ten songs for Amara Touré to become a legend. These ten treasures, representing Touré ́s complete discography, have been carefully re-mastered from original session tapes and vinyl records, and will be released by Analog Africa on 22 June 2015.

After the release of his LP in 1980, Touré seems to have disappeared. Apparently he was last seen in Cameroon but it is unknown if he is still alive today. His music though is definitely alive.

All tracks composed by Amara Touré