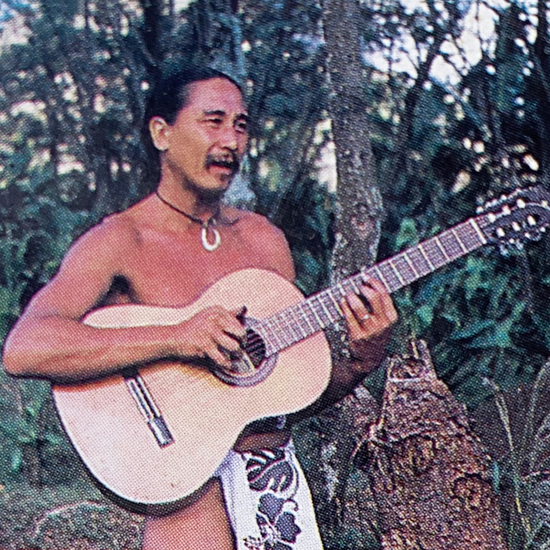 Restored and remastered from original tapes

Hawaii means many things to many people: beauty, culture, family, harmony — it can also mean pain, frustration, struggle. Mike Kahikina has never hesitated to confront all these things in his songs.

Proud to be from Nanakuli, a small town on Oahu’s west coast, Kahikina wrote and performed protest songs with fellow Nanakuli musicians throughout the 70s and 80s. Songs in support of sovereignty for the Kingdom of Hawaii, in outrage over land rights for Native Hawaiians, in defiance of the continued colonization of Hawaii. “I was hoping to be a modern Hawaiian Bob Dylan, one-man-band kine, playing my guitar and singing about the issues.” He achieved that, even if at a scale much smaller than the American music legend — Kahikina’s lyrics resonate today as powerfully as ever.

Still, Kahikina had plenty of room for singing praises of the Hawaiian islands, with all their richness in culture and people. “Hawaii’s Beautiful” is Kahikina’s ode to Hawaii, recorded in 1983 with his group Ka’ala and previously unreleased until now.

Aloha Got Soul culled the vocal and instrumental cuts from master tapes that sat in storage for several decades. Nearly four decades later, “Hawaii’s Beautiful” is a welcome relief to the pandemic-stricken world we live in. “We need something that gets us out of isolation and puts a smile on our faces," Kahikina said about the release, a reminder that despite the struggles we share today, we should remind ourselves of the harmony humankind and mother nature can create together.