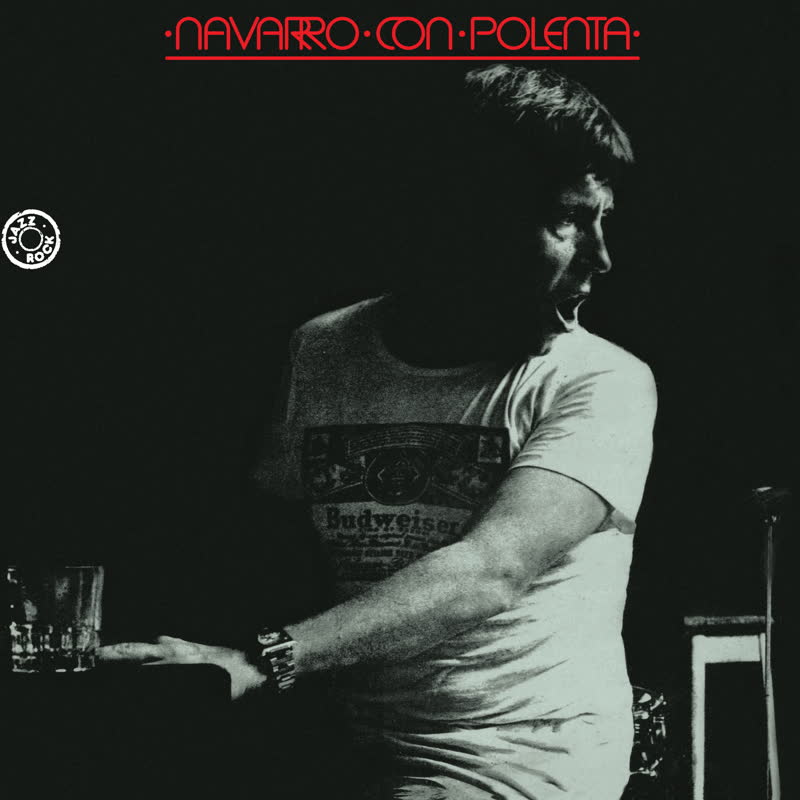 • Official reissue of one of Argentina's top jazz-funk albums.

• 4-page insert with previously unpublished pictures and liner notes in English and Spanish.

It's safe to say that starting a jazz album with a version of Led Zeppelin's "Black Dog" was quite a daring deed, to say the least. In Argentina — back in 1977.

And yet this is something a musician with the career of Jorge Navarro could afford. Navarro belongs to a generation of musicians who shaped the history of jazz music in Argentina, starting already in the mid-50s alongside other renowned jazzmen such as Lalo Schifrin, Leandro "Gato" Barbieri, "Baby" López Furst or Jorge López Ruiz.

In Argentina, "con polenta" is an expression used to describe something with great energy or strength — which perfectly defines the mood for the album. As many other musicians, most notably Schifrin and Barbieri (who enjoyed a huge international success and would only sporadically return to Argentina), Navarro had just left the country and spent several years in the USA, returning to his homeland full of energy and new ideas, which translated into his debut solo album where navarro performs on Hammond, Fender Rhodes and Steinway pianos. A rocking blend of Jazz and Funk, the album unexpectedly kicks off with a groovy cover of Led Zeppelin's "Black Dog" and includes equally wicked takes on compositions by Eumir Deodato, Keith Jarrett and Joe Farrell, as well as two self-penned originals and a funky number by Roberto Valencia, who's in charge of percussion in the album.