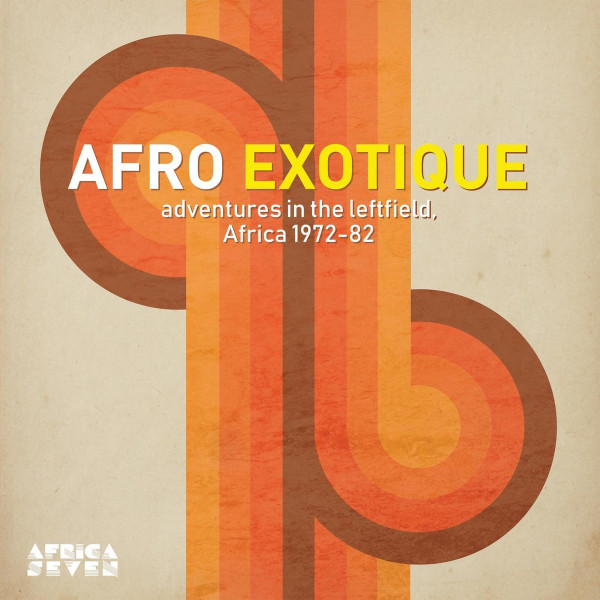 The influence of both traditional and contemporary African music on Funk and Disco, from the late 60's to the early 80's, has rightly become ever more widely recognised over the last 30 plus years.
Africa Seven has been lucky enough to source some of the better music that West Africa produced during that halcyon period via a spread of seminal label catalogues. But Afro-Exotique (Vol 1) looks beyond Funk and Disco and their Afrobeat / Highlife progenitors, exploring spaces in between and outside these established genres.

The all too slow escape from the colonial yoke and it's ruinous legacy meant that there was no Western style economic boom time across Africa in the 1950/60’s. But flashes of the sort of playful experimentation and the occasional drift into cocktail lounge eclecticism, fuelled by the relative comforts of post war stability in the West, still pop up in late 70’s/80’s African music if you know where to look, often involving lesser known names and less familiar formats, and with the spirit of Africa ever present.

We wish had more info regarding the LP opener 'Black Reggae's "My Girl", but other than us discovering it on French - African label Fiesta's 1975 "Bols Brandy Presents Black Reggae" compilation, we don't.... so just sit back and enjoy the warm, lolloping, instrumental rocksteady cover of the Temptations' classic.

Veering off on another late tangent, we get the heavy, leftfield, psyche funk of "On My Way" from Nigeria's shortlived but explosive Aura (Aspiritual Emanation) outfit (1976), before Chakachas "Soledad" rounds things off in mellifluous style with it's gentle cosmic lounge vibes.

Aura (Aspiritual Emanation) - On My Way
Written by Aura.
Published by Dharma Songs.