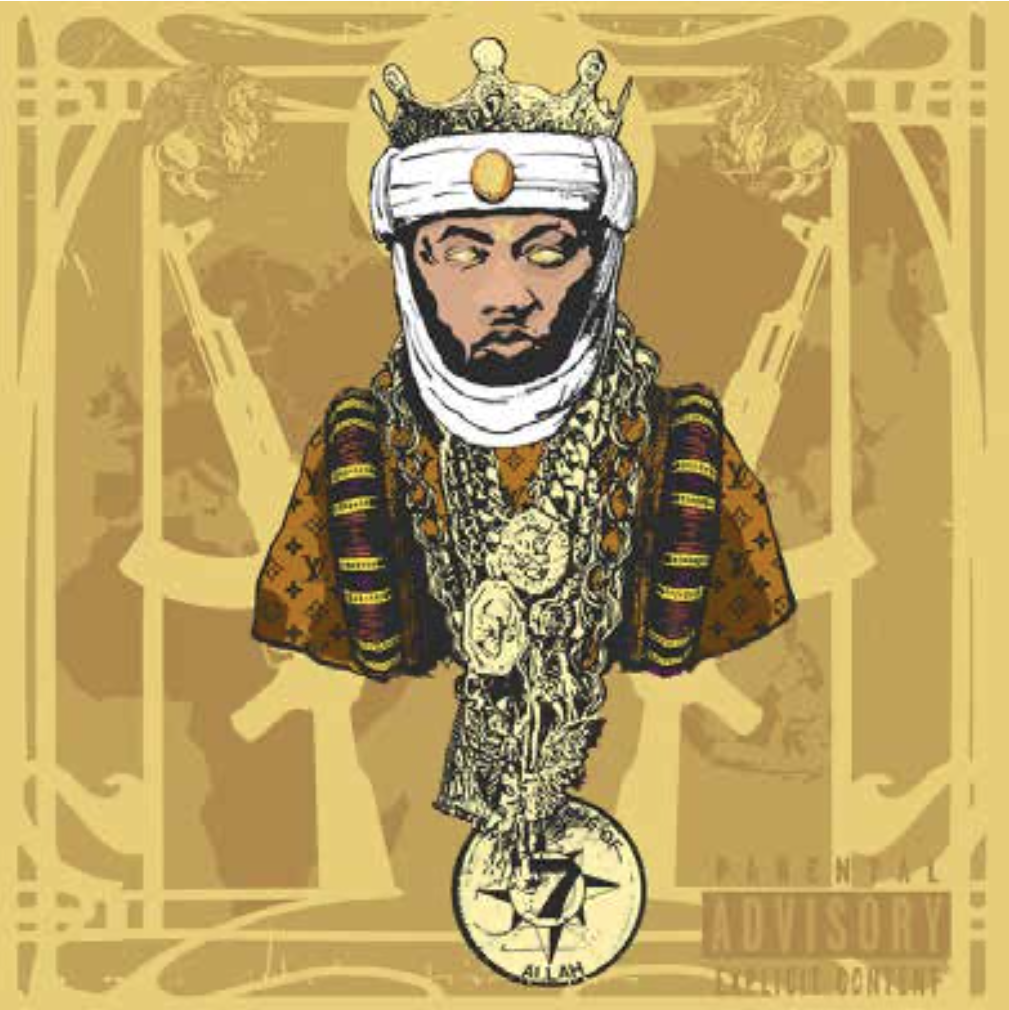 Planet Asia, All Gold Everything

A2. Dribble Down In VA (prod. by Nicholas Craven)

A3. Guardians Of The Sacred (feat. Montage One, TriState & Defari) (prod. by DirtyDiggs)

B1. God Is Not A Fib (feat. Allah Christ & Hakim Shabazz Allah) (prod. by LightHouse)

B2. Everything I Want (feat. Styliztik Jones) (prod. by DirtyDiggs)

Planet Asia is in his King Medallions bag this year. After dropping the criminally slept-on Initials On My Jewelry last Spring, the Fresno beast is back with the drip-heavy A.G.E. (All Gold Everything). The album features production from DJ Skizz, DirtyDiggs, Nicholas Craven, and more. Guests include Defari, TriState, Montage One, Stylistik Jones, and more! Planet Asia, originally hails from Fresno, California. He is prominent for being one half of the now reunited hip-hop duo the Cali Agents and is currently a member of the groups Gold Chain Military and Durag Dynasty. He is one of the most consistent artists in hip-hop these days, releasing several releases independently each year to keep his fans satisfied.