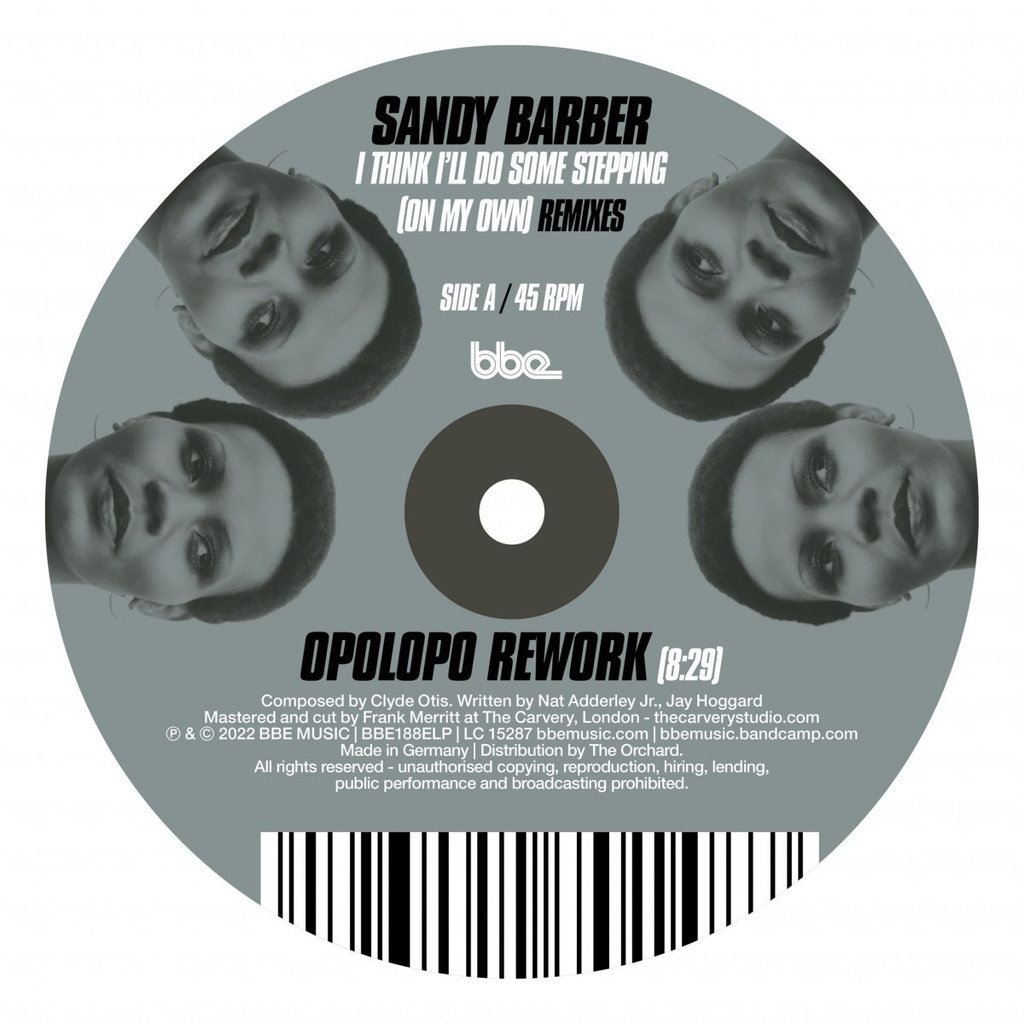 Sandy Barber, I Think I’ll Do Some Stepping (On My Own) Remixes

A soul filled Disco gem from the 1978 album ‘The Best Is Yet To Come’, re-issued as a Deluxe album by BBE in 2012, ‘I Think I’ll Do Some Stepping On My Own’ is one of those tracks that combines an infectious melody with a stunning vocal performance. Therefore it takes remixers with real vision to breathe even more life into a track that is already jampacked full of it and with these two tracks both John Morales and OPOLOPO have shown their respective visions.

The OPOLOPO Rework kicks off with a tough as they come bassline of fluid funk groove that underpins the aforementioned melody punctuated with percussive piano and builds up as a springboard for Sandy’s amazing vocal performance. John Morales’ mix emphasises the beautiful string arrangements to create the space for that voice to soar over percussion led breaks.

If you think you recognise Sandra Barber’s voice then you absolutely do through her vocal performances on the massive hit that was Rare Pleasure’s ‘let me Down Easy’ from 1976 and the Deep Dish produced pair of mid-90s House hits ‘Make The World Go Round’ and ‘Ain’t No Need To Hide’.

A New York City native, Sandy Barber has worked with legendary producers such as David Jordan, Deep Dish, and Leroy Butler as well as being remixed by OPOLOPO, John Morales, Roger Sanchez, and Al Kent.