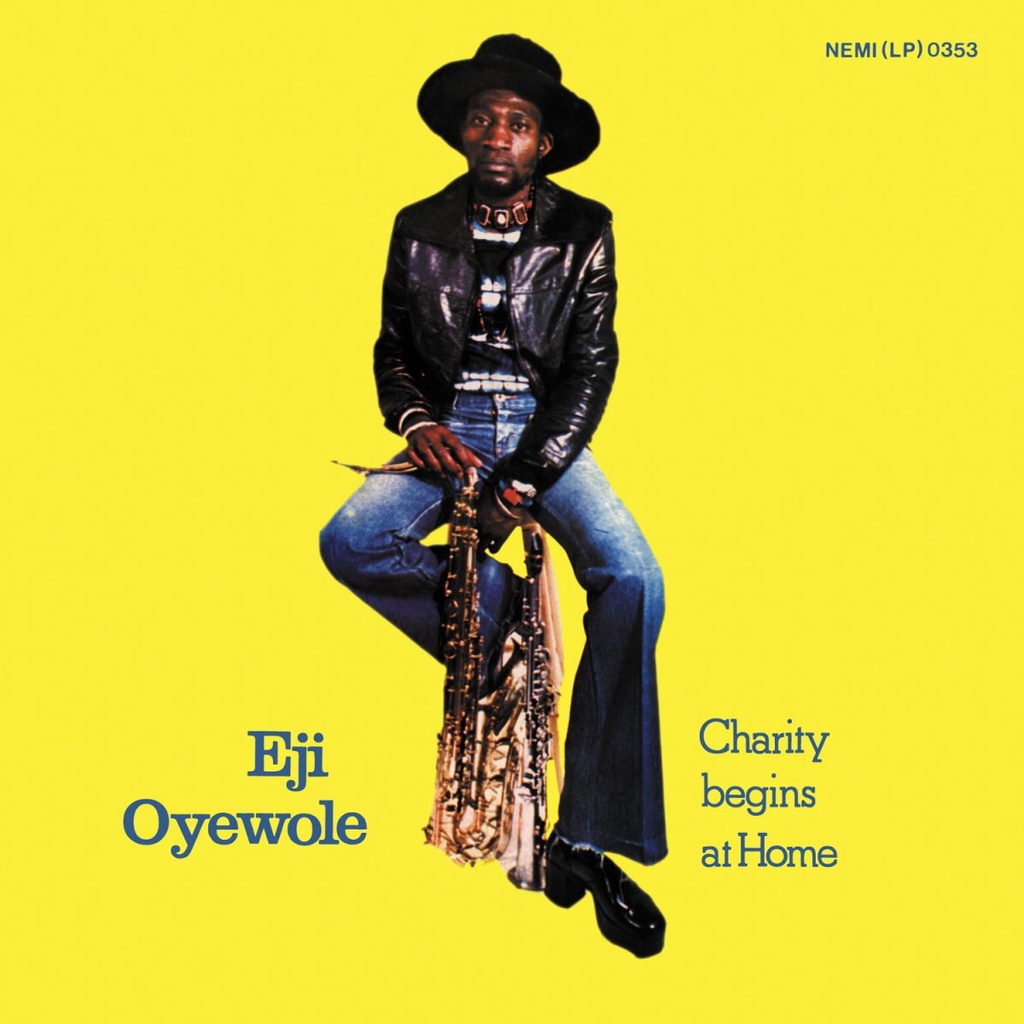 Born to a royal lineage in Ibadan, Prince Eji Oyewole has had a career as a flautist, saxophonist and sometime bandleader spanning well over half a century. He trained both in Nigeria and then at Trinity the prestigious music school in London, and his life as an itinerant musician also saw him living for extensive periods in Geneva, Hamburg and in Lyon.
While for many years Fela Kuti (with whom Eji played) and King Sunny Adé commanded international attention to the exclusion of most other Nigerian musicians, as if there was only room for one Nigerian superstar at a time on the world stage, on the domestic scene things were very different. Eji was part of the huge craze for ‘highlife’, a generic term that in fact subsumed many different styles, united in their fusion of traditional west African forms with jazz influences and electric instruments, and in the bands’ working practices as entertainers at the nation’s numerous hotel/nightclubs.
As this cracking album, recorded for EMI Nigeria at the tail end of the ‘70s and now remastered, reveals, Eji’s version of highlife was even more distinctive than most, eschewing the usual emphasis on guitars for a brasher, horn-laden sound, seemingly influenced as much by American funk as it was jazz, and of course with the heavy percussive undertow central to most African music.
This gave Eji a chance to shine, and there are some scorching solos as well as tight ensemble playing across the four lengthy (to ears accustomed to the three-minute pop song) songs. Eji also played piano on the session. The material has an element of social commentary (Oil Boom and Unity In Africa) and should help feed the seemingly insatiable appetites of the many who have been turned onto African music by the enterprising efforts of devoted collectors, labels and fellow fans.
Surely one of the few musicians who has played with Fela, Miles Davis and Bob Marley, Eji Oyewole still plays regularly in Lagos, recently had an album of new material out with his current band The Afrobars, and has been a member of Faaji Agba, a super-group that has toured internationally and been dubbed ‘the Nigerian Buena-Vista Social Club’.