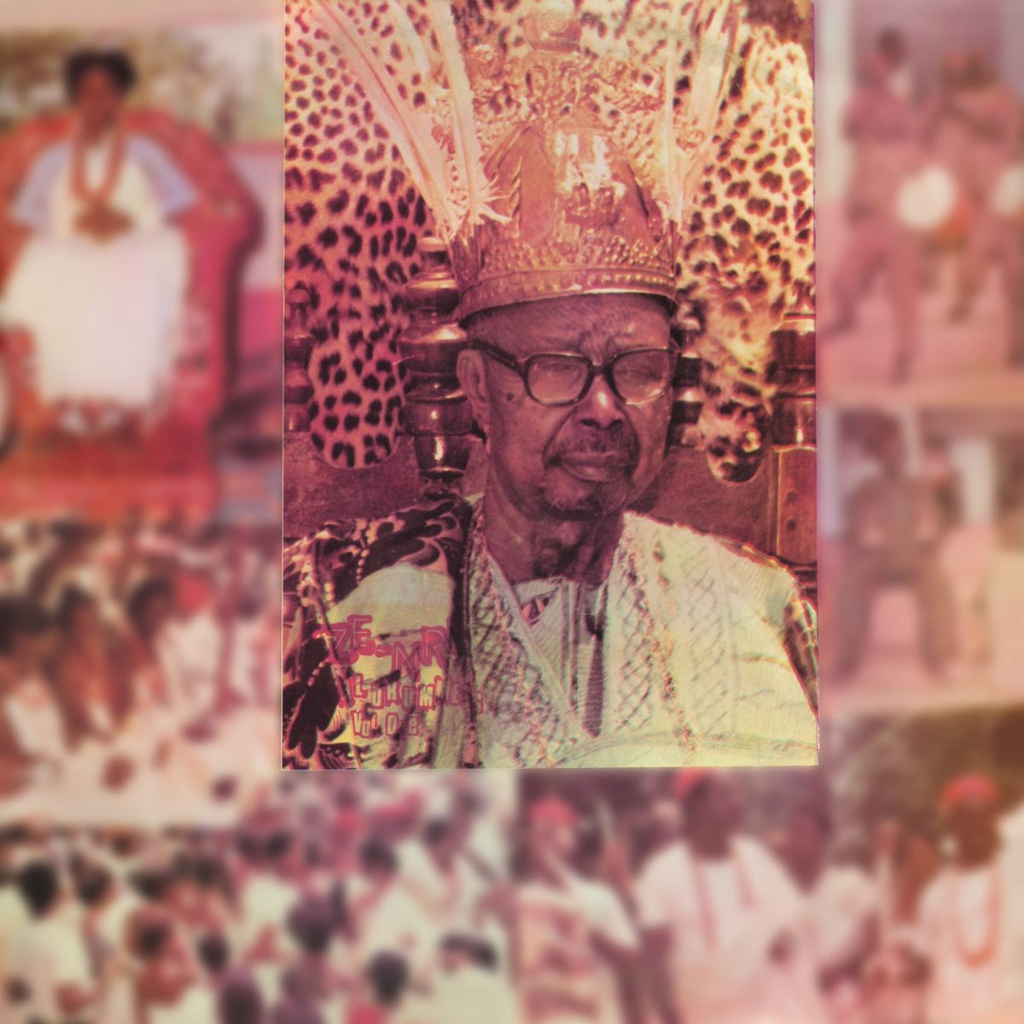 Rediscovered, remastered and reissued by BBE Music, this rare and valuable live recording of the investiture ceremony of an Eze-Nri king boasts musical elements essentially unchanged for more than a thousand years.

This unique and very rare recording, in many ways, it is probably one of the most culturally significant of all BBE’s Tabansi Gold Series releases, delving deep into the iconic Nigerian label’s back catalogue. Although present-day West Africa is composed almost entirely of republics, there remain several venerable traditional and ritual kingships. Undoubtedly, the oldest of these in Nigeria is the Nri kingdom of the Igbo people. The origins of the Igbo, even before the Nri Kingdom, still remain uncertain, despite much research. According to current archaeological opinion, it’s no exaggeration to suppose that what you hear on this LP is pretty similar to what you might have heard in the early agrarian Igboland settlements at the time of Christ, or before.

The royal investiture music group consists of three or four hand and stick drums of varying size, and a large Alou Ogene (an Igbo cowbell), which is struck by two seated players, each facing the other, each striking the bell in intricate cross-patterns. In this recording, there is also the unique Oja flute- a hand-carved piece of wood with a cavity inside; the top has a wide opening to fit the shape of the human lower lip, a small hole at the bottom and two smaller holes close to the top on the opposite side. The artist blows through the wide opening, while placing thumb and ring fingers on the two smaller holes to control rhythm and tempo.

It’s just one more example of the exceptional nature of the Tabansi Gold reissue catalogue: soul, afrobeat, funk, disco, highlife, soukous… and ancient music of the forefathers, echoing down the centuries to occupy an equal status with today’s dancefloor classics.