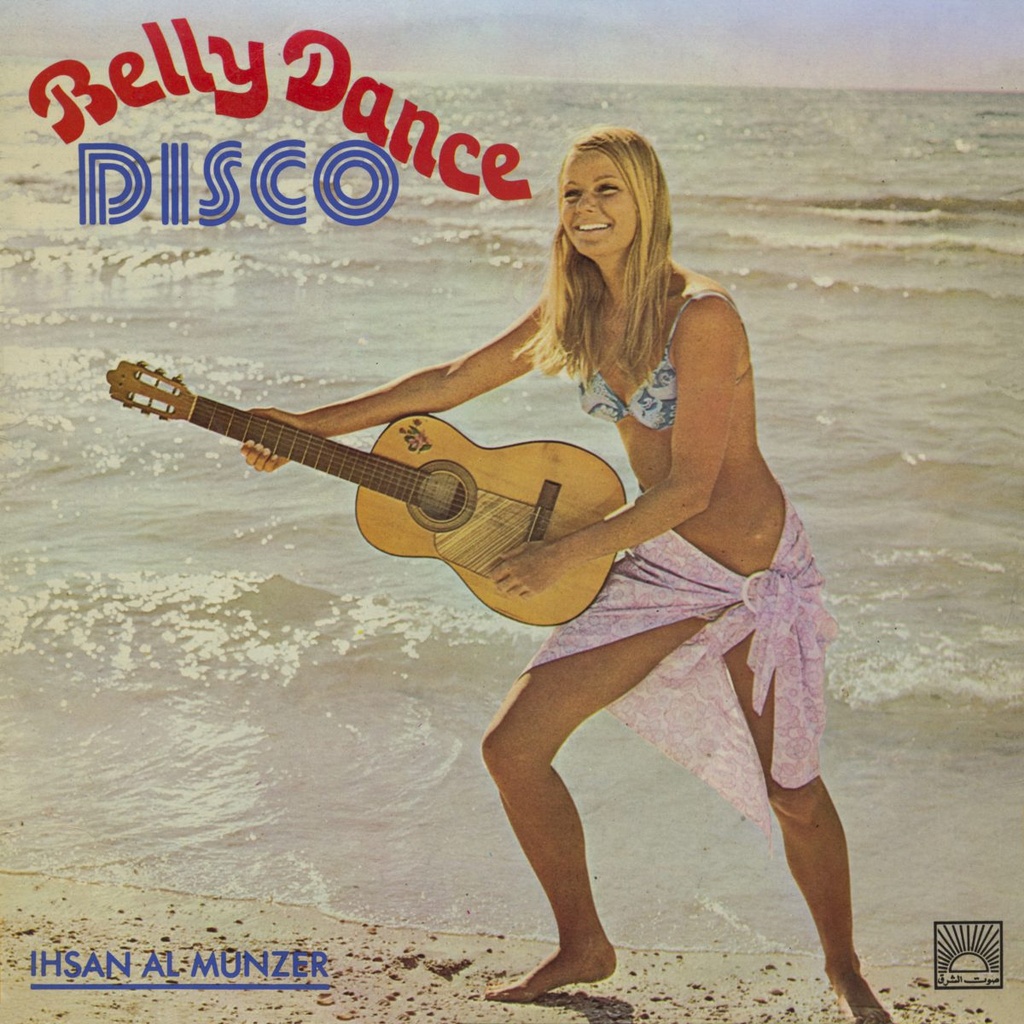 Side A
A1. Girls of Iskandariah
A2. Night Entertainer
A3. The Joy of Lina

Side B
B1. Dance of Tenderness
B2. Jamileh

Side D
D1. A Flower of My Imagination
D2. A Night At The Station
D3. Love of Laura

Ihsan Al-Munzer’s first release as a solo artist, ‘Belly Dance Disco’ aimed to fuse ‘Western’ modern music and bellydance to make it more accessible to the local audience in the late 1970s. “I wanted to put a mixture of European beat with Arabic percussion, but I made the European rhythm and harmony very easy to listen to for the Arabic ear – soft and understandable” says Al- Munzer. Today, the composer’s music has made the return journey back to the West; with tracks on the album featured by hip hop artists such as Mos Def, who sampled Al-Munzer’s composition ‘Joy of Lina’ on his 2009 song ‘The Embassy’.

The 10-track album was released in 1979 on the legendary Voix De L’Orient label, which was also home to pioneering Lebanese composers The Rahbani Brothers. One of the earliest artists to introduce the synthesizer to Middle Eastern music, Al-Munzer leads the band, playing the main melody lines on the Kawai Organ and Solina String Synthesizer. Three of his original compositions feature on the album, alongside creative re-imaginings of Turkish and Arabic folklore and modern classics, pushing the boundaries of bellydance music to chime with the international scene.

Notes by Natalie Shooter, a music journalist and researcher based in Beirut, edited by Will Sumsuch.

Please note: the vinyl remaster has been cut at ’45rpm for superior sound quality, so please ignore instructions to the contrary on the original 1970s artwork.