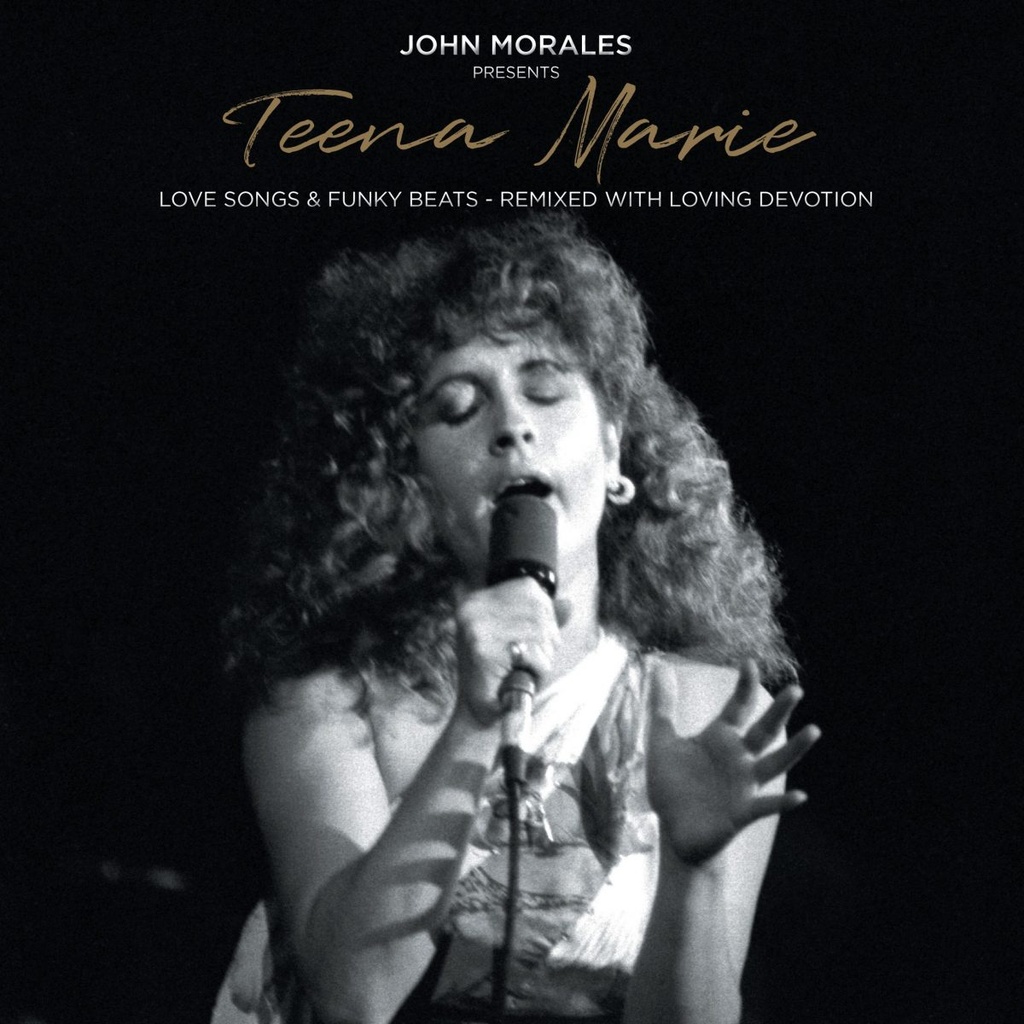 “Teena is somewhat underrated, and people don’t really know much about her.” Says Morales. “I set out to immerse people in her music and represent what she really did. That meant for me a dive into more than her R&B hits, to dig into her ballads and dance cuts. People know she was talented. I don’t really think they really knew the depth of her abilities, her complete confidence to take it upon herself to do everything – singing, producing, arranging, songwriting. Teena Marie was the total package.”

John Morales had the pleasure of mixing many of Teena Marie’s original records over the years, so it felt natural to dig into the archives and select his favourite cuts to rework, extend and subtly update in his own distinctive style. While by no means a definitive collection of Lady Tee’s expansive musical catalogue, ‘Love Songs & Funky Beats’ represents a fitting tribute to a multifaceted and important voice in popular music, by one of the most storied mix engineers and remixers of our age.

Jumping into the music industry deep end in 1979 with a three-year mentorship from Berry Gordy & Rick James at Motown, Teena Marie then spent seven fertile years with Epic, which yielded her greatest commercial successes (including the classic album ‘Starchild’). After founding an independent label ‘Sarai’, Marie took a ten-year hiatus which ended in 2004 in a deal with hip hop label Cash Money Records; a less unlikely partnership than some might assume, given that Teena was one of the first ‘mainstream’ artists to perform a rap verse, on 1981’s ‘Square Biz’.

Teena Marie Brockert forged a unique path through the industry, an artist in-charge of her own destiny, influencing (and heavily sampled by) both the hip hop and R&B sounds of the 90’s and early 2000’s. Her 1982 lawsuit against Motown records resulted in “The Brockert Initiative”, which has benefitted literally thousands of other artists by making it illegal for record companies to ‘shelve’ artists by keeping them under contract without releasing their material. She continued to tour regularly and deliver commercially successful, expertly sculpted music, right up until her untimely passing in 2010.

Remixed and remastered by John Morales