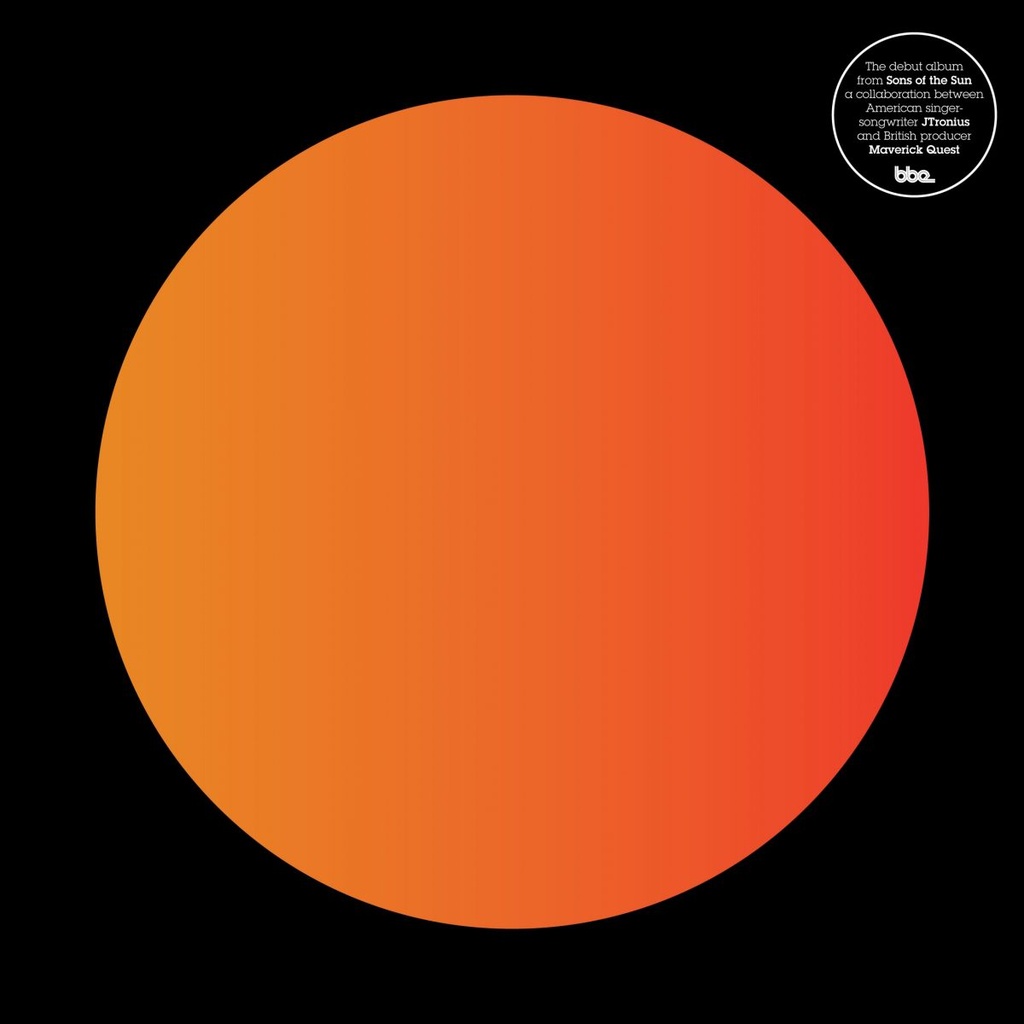 Sons of the Sun

Side A : Sun Is Gone Rise / Oceanside / Underwater Dreaming
Side B : Shake It / The Journey
Side C : Infinite Love / Sun Gods
Side D : Ubiquity / Shine Like The Sun

BBE Music is excited to present the long awaited, eponymous debut album from the USA/UK partnership of JTronius and Maverick Quest, aka Sons of the Sun.

Delivered remotely following a chance meeting on music-tech networking app ‘Brapp’, the ingenious pair sent files back and forth between Texas and South East London to manifest their shared vision for ‘Sons of the Sun’. Remarkably, the duo are still yet to meet in person.

A respected solo artist knighted by Bootsy Collins as an official ‘funkateer,’ Berklee College graduate JTronius is an extravagant entertainer, entrepreneur and lifestyle brand. Self- dubbed The Guvna of the Galaxy, he brings his swaggy, soulful style to all his endeavours. He has shared stages with LL Cool J, The Roots, Talib Kweli, Pharrell, Busta Rhymes and Damian Marley and is an accomplished actor, appearing in a number of successful Hollywood feature films.

Genre-blending record producer and multi-instrumentalist Maverick Quest grew up immersed in the aesthetic of hip hop. But in an environment where flipping loops from vinyl was standard, developing his musicianship to create his own sounds was radical, a move that paved the way for his signature sonic. He has previously performed with and produced for Guru, Grandmaster Flash, Ice T, Ibibio Sound Machine, Solo Rosa and Portico Quartet to name but a few, and is firmly rooted in the epicentre of the burgeoning South East London jazz movement.

Mixed by Grammy-nominated Clinton “Ubiquity” McCreery and mastered at Grammy- awarded studio The Carvery, this album inks an impressive first chapter in the story of Sons of the Sun.