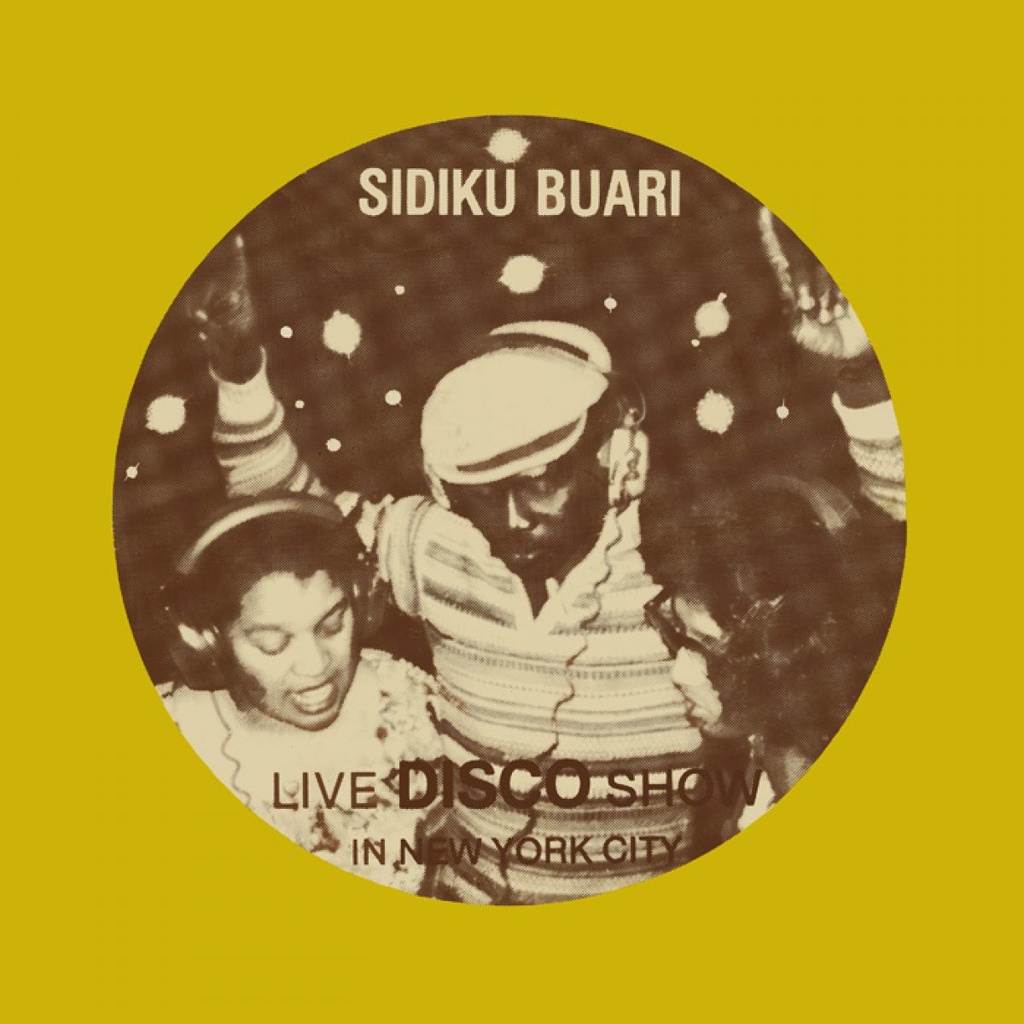 Side 1 is (possibly!) ‘live’ throughout, from a 1979 show at the (possibly mythical!) La Cheer Nightclub, NYC, but very well recorded for a ‘live’ album with clean, bright top notes, sharp percussion and heavy bass-lines. Keep The Rhythm Going segues into Ofey Karambani reminiscent of the Kongos’ massive Loft Club floorfiller Anikana-O, whilst This Is Music and Disco Soccer keep up the 120-140bpm pace to complete a side that rocks enough for the lazier DJ to play from start to finish without lifting the needle!

Side 2 consists of four very varied tracks all recorded at Aire L.A.Studios, the two openers Revolution and Together We Can Rebuild It (Ghana Motherland) being polemics against government and army corruption, and a battle-cry for Flight Lieutenant Jerry Rawlings, who ruled the country for a brief period in 1979 when this recording was made, later serving as Ghana’s President from 1981 to 2001.

Then there’s a perennial crowd-pleaser Merry Christmas and Happy New Year, Side 2 rounding off with the super-heavy Afrobeat-Disco groover, Happy Birthday.

Originally a national athlete, winning silver and gold medals in the Senegal All Africa Games and West African Games in 1963 and a bronze in the All African in Congo Brazzaville in 1965, Sidiku Buari then moved to America on a music scholarship at The York Institute, obtained as a result of his athletic achievements. When one of York’s music teachers, Irvin Mechanic, heard him singing in the Ga language- he suggested putting a rhythm section behind the songs, recording them, and seeing what the American record buying public thought of them. Four classic albums followed in quick succession, after which Buari’s solo output abruptly ceased.

But it was an ending that held within it the seeds of greater musical achievements to come. In 1990 he was appointed to the board of the Musicians’ Union of Ghana, later becoming its President from 1999 until 2007. In 2019, he was honoured with a Lifetime Achievement Award by the Pan-African Republic Honorary Award Society for ‘meritorious contribution to the development of music and movie industries in Ghana’.