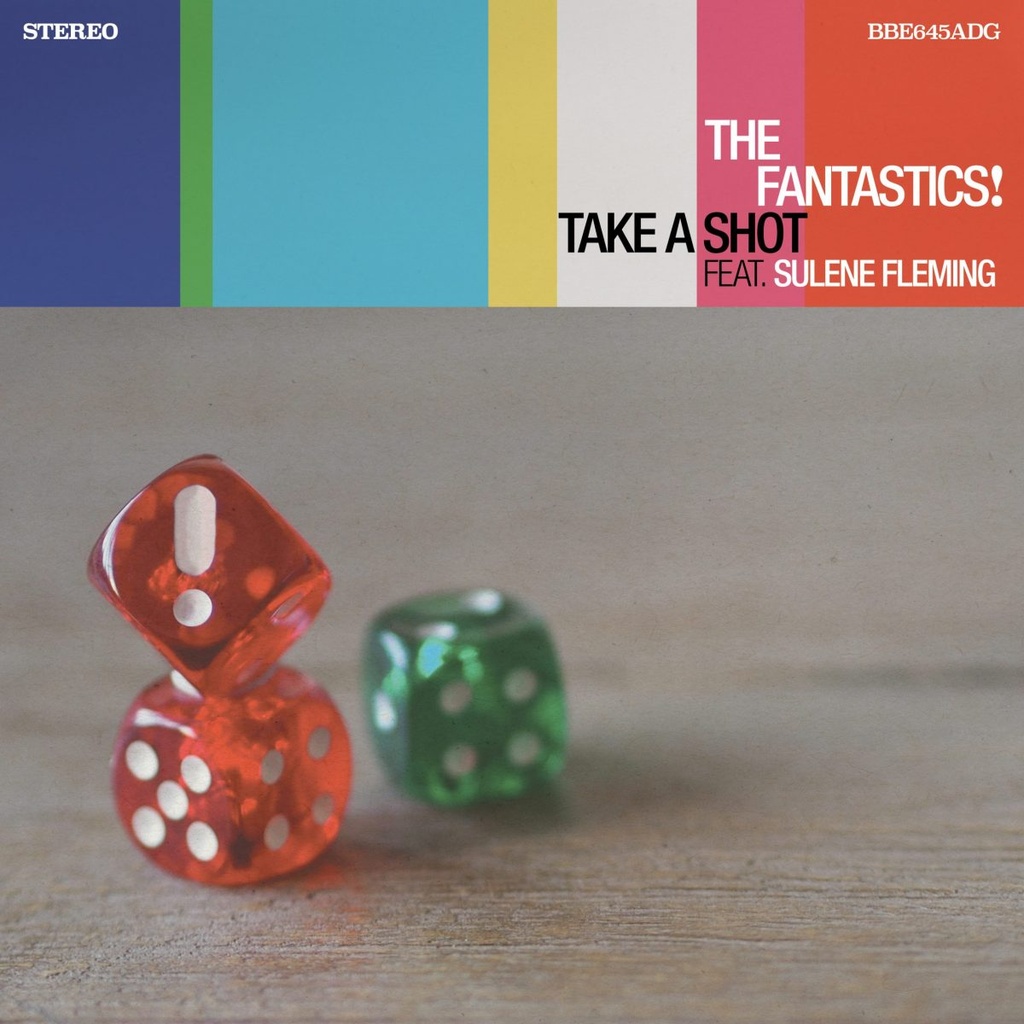 The Fantastics!, Take A Shot

The Fantastics! story begins back in 2003, when keys maestro and Freestyle Records boss Greg Boraman joined London group ‘Reverend Cleatus & The Soul Saviours’. Officially changing their name to The Fantastics! in 2007, in 2009 the ranks were bolstered by the arrival of prodigious UK vocal talent Sulene Fleming in 2009. Only Greg and bassist Raydn Hunter remain from the band’s original line-up, which now features Mark Norton (saxophone / flute) and James Smith (drums). New member James Byron (guitar) brings yet another fresh perspective on the band’s genre-agnostic approach, which takes Afrobeat, Latin, Rock and Rhythm & Blues influences in easy stride.

The band have been honing this album at gigs and in the studio for nine long years, during which time singer Sulene Fleming has been busy collaborating with Incognito and Leroy Hutson, as well as enjoying a stint as lead vocalist for The Brand New Heavies. The approach of constantly testing material in a live setting has endowed this record with an indefinable yet distinctive, authentic feel; put simply, it successfully transmits the energy and immediacy of a great concert.

The range of sounds to be heard on ‘Take A Shot’ is ambitious, but it feels pretty effortless. From the library music tinged spacey jazz-fusion of ‘Oblique’ and ‘Better Than Dead’, ‘Hey Misters’’s intense Hammond driven, risqué sister-funk, ‘Pyramid’’s touching & serene modal jazz-dance, ‘Say You Will’ with its shimmering, sweet & summery soul-pop, the Betty Davis-esque ‘Can’t Decide’ which is a straight up funk-rock monster, the deceptively slinky West Coast smooth ‘Mind Time’ that takes a sharp left when you least expect it, the woozy and tripped out ‘St Tropez Blue’ – and of course the album’s title track ‘Take A Shot’ – not only display the ensemble’s collective and solo abilities, but also frame Sulene’s powerful and versatile voice in a wonderfully wide election of musical settings.

Special mention goes to Mark Ashfield & his youthful sidekick James Nugent, who not only cheerfully put up with The Fantastics! slow and meandering methods, but also engineered, mixed and mastered this album with truly special levels of detail, warmth and musicality.