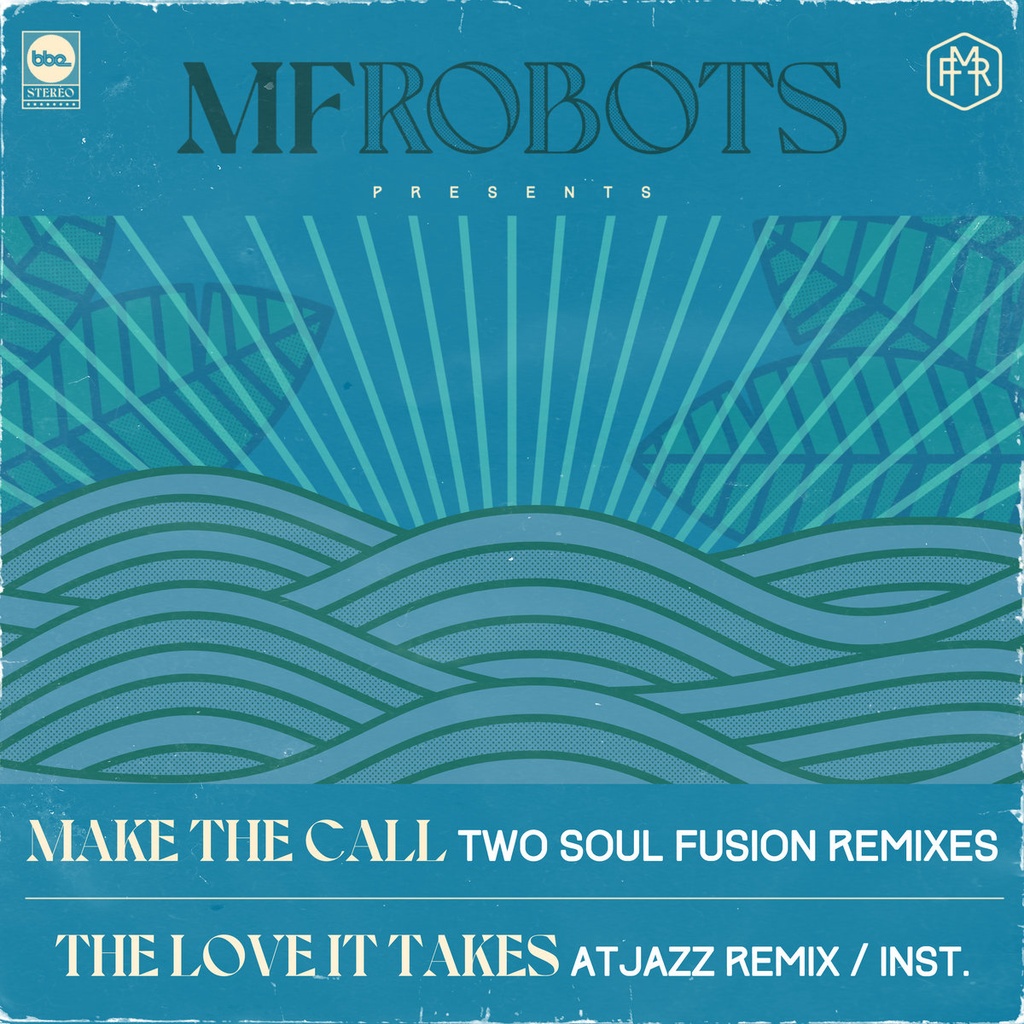 MF Robots is a songwriting, production and performing duo created by former Brand New Heavies founder Jan Kincaid and BNH vocalist and multi-instrumentalist Dawn Joseph. The pair left the Heavies in 2014 to record their own compositions and have been wowing audiences and record buyers with their effortless blending of Soul, RnB, Funk, Disco and Jazz ever since.

Louie Vega is one half of the House music dons Masters at Work and Josh Milan is a Grammy nominated vocalist, musician and composer who also collaborate in Vega’s collective ‘Elements of Life’. With both at the forefront of production, composition and remixing for more than three decades, the House, Boogie and Instrumental versions they have produced for ‘Make The Call’ are off the scale here.

Atjazz AKA Martin Iveson is a prolific remixer who has reworked tracks for Nitin Sawhney, Bob Sinclair, Jazzanova and even Henry Mancini (the Pink Panther theme) as well as working with vocalists of the stature of Robert Owens and Clara Hill. As Martin states, ‘Remixing helps hone your sound and allows the producer to print their trademark into another space.’ Well he certainly has done this here with his distinctive remix of ‘The Love It Takes.’.