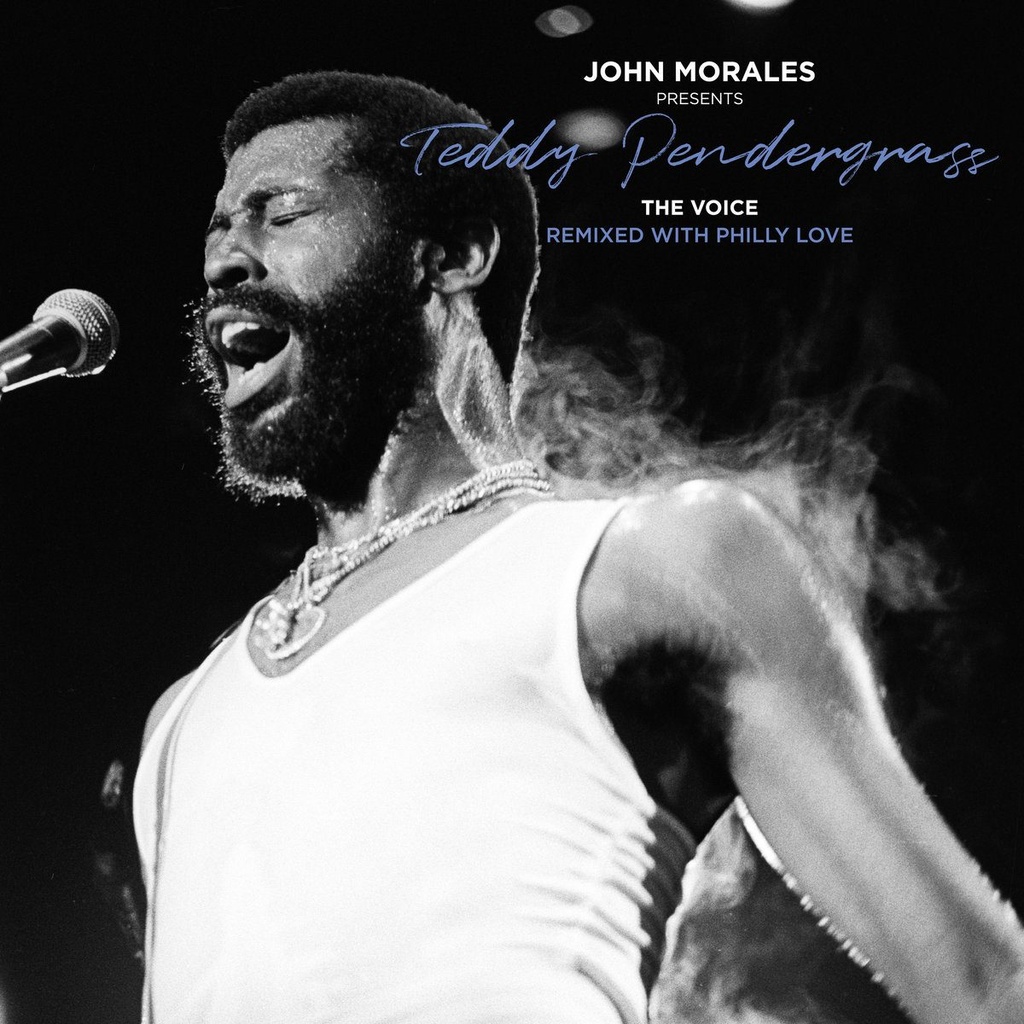 This exploration of 1970s Philly soul at its apex focuses on one of the era’s defining voices, Theodore DeReese Pendergrass. Born in Philadelphia in 1950, Pendergrass sang church music at age two, and was ordained a minister at ten years old. Having learned drums and played in local bands during his teens, at 20 he was hired as a drummer for the Blue Notes by group leader Harold Melvin. After being spotted singing along onstage, he was soon appointed lead singer, and the rest is history…

The masterful, revealing remix work of John Morales affords these classic songs improved clarity, allowing each individual player more space to be heard and modernising the recordings without ever losing sight of the original spirit. The virtuoso quality of the songwriting, production, arrangements and performances shine forth anew, and so do some of the music’s subtler qualities and nuanced, sometimes conflicted, subtexts that might have been overlooked in the most conventional view of Pendergrass in his prime.

Curated authoritatively, remixed with love and passion, John Morales’ collection revisits our relationship with Teddy’s and Gamble & Huff’s music as compellingly and immersively as when it was new. Teddy’s timeless force resides equally in his talent for portraying truthfully the joys and hurts, beliefs and doubts, blessings and challenges of our lives, and in the bravery of confronting them all with an honesty that is still utterly extraordinary.