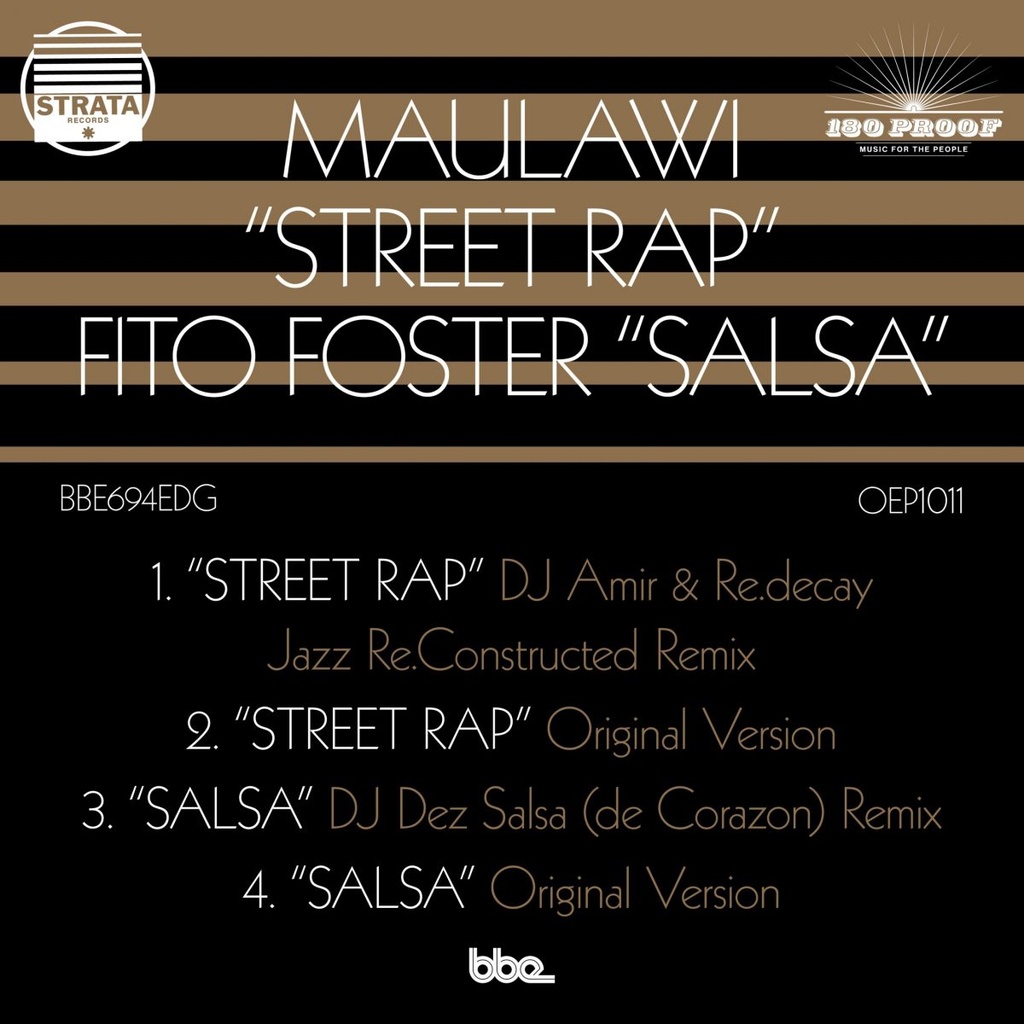 Hot on the heels of their landmark remix of ‘Lost My Love’ by Kenny Cox, DJ Amir and Re.decay return to BBE Music with a rework of Maulawi’s ‘Street Rap’, plus a new version of Fito Foster’s ‘Salsa’ by DJ Dez (aka Andrés) featuring Amp Fiddler.

Originally issued as the opening track on Maulawi’s self-titled 1974 album by Detroit’s Strata Records, ‘Street Rap’ is a slept-on jazz/funk classic. As part of his role as curator and archivist of the Strata catalogue, DJ Amir discovered the original stems for the track and was happy to discover they had survived the years well. “I thought we could really do something different with this song” say Amir. “Like making it more of a mid-tempo ‘four to the floor’ groover. Also, I wanted us to play with the original vocals a bit for the updated version. This is by far our favourite remix!”

Previously serving as DJ for Slum Village and releasing on Moodymann’s Mahogani Music simply as Andrés, DJ Dez Andrez is part of the fabric of Detroit’s unique and eclectic music scene. But few people know that Dez’s father is Cuban music hero Humberto “Nengue” Hernandez, a highly respected percussionist and vocalist who starred in the 1988 motion picture ‘Salsa’. “So I reached out to Dez because I knew his father sang and played on the Fito Foster song “Salsa’” says Amir. “I have had the stems of the song since the beginning of my license deal with Strata. I thought it would be a great homage to have Dez remix his father’s music. Plus, Dez was definitely excited to do so!”

For his remix, Dez called upon Detroit legend Amp Fiddler to play additional keys and piano on the remix, while Dez also added additional percussion to compliment his father’s, like a time-travelling jam session going back almost 50 years. Staying true to his Cuban roots, Dez’s remix brings a contemporary twist to this timeless track.