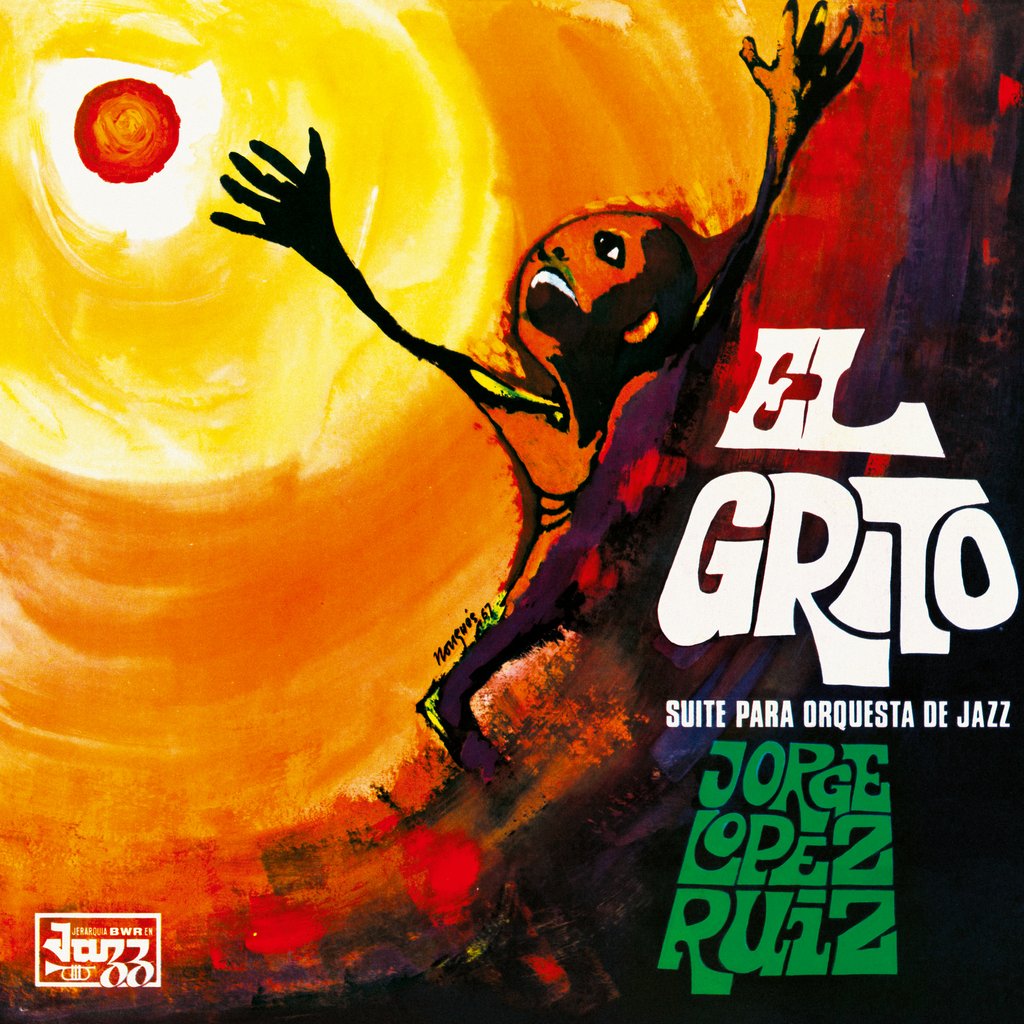 Be With is delighted to present Jorge López Ruiz’s El Grito (Suite Para Orquesta De Jazz), eternal Argentinian magic released on CBS in 1967 that must be one of the most sought-after South American jazz LPs.

Living in Buenos Aires in the 60s, driven by creative impulse and rage Jorge López Ruiz used music as his platform to protest the Argentine military dictatorship: “I could never stand dictatorships, to be told how you have to think, what you have to do. Nor did I endure discrimination”.

A young López Ruiz had appeared on a television panel alongside writer, politician and philosopher Arturo Jauretche, criticising the Onganía dictatorship. Jauretche told López Ruiz “Now say it with music”. This was the deep inhale that lead to El Grito, literally “The Scream”. As López Ruiz later explained “Jauretche urged me that my protests should not remain in words and acquire the consistency of a work… but it was not so much what he told me but how he told me, what prompted me to make the work take shape, first in a live concert and then in a recording”.

As the police and military began resorting to kidnapping, torture and summary executions to quiet dissent, with depressing inevitability the artist community and their work were a particular target of the increasingly brutal regime. El Grito was banned not long after it was released and the majority of original copies were unceremoniously destroyed.

The work of a genius artist living under an oppressive dictatorship, erased by the government of the time, this is buried treasure in every sense and it’s been a rare record for over 50 years. But it isn’t just being hard to find that has pushed up the prices of those few original copies that survived, this is a foundational record in the development of jazz in South America.

As the album’s sub-title explains, this is a Jazz orchestra concept suite. Five movements, to be heard as a whole, that end where they begin.

“When I wrote it there was no history of a cyclical work in jazz. But I didn't notice that, I needed to express something and I did it. At that time they told me I was crazy, that such a thing was very difficult to do. But hey, I like challenges”.

Yet this is not challenging jazz. There are certainly avant garde, free jazz flourishes, but the hard bop characteristics make this a very accessible album: easy to listen to without being easy listening. And López Ruiz’s love of film brings a definite cinematic feel.

The title movement opens the album in bombastic style. “El Grito” grabs you by the lapels and refuses to let go. Raw then controlled, it’s by turns stabbing then soothing, with rage weaving in and out of the elegant styles. “M.A.B. = Amor” is our favourite here. With a tense introduction and a patient build, a gentle sax sweeps in to lift everything up to meet the serene piano and soft drums. Elegantly paced, it moves back and forth between deep contemplation and a more urgent call and response between strings and horns. A near-eight-minute, slow motion marvel.

The second side eases in with the beautifully-titled “Hasta El Cielo, Sin Nubes, Con Todas Las Estrellas” (“Up To The Sky, No Clouds, With All The Stars”) a relatively brief mid-tempo piece featuring López Ruiz’s insistent bass notes high in the mix, and again blending the sublime with the emotive with its wild horns and tight rhythm section.

It’s followed by “Tendré El Mundo” (“I Will Have The World”) which also leads with hypnotic bass, but this time swifter, driven by crashing drums, rapid horn conversations and effortlessly cool piano flourishes. Rounding out the suite, “De Nuevo El Grito” (something like “The Next Scream” or “The Scream Renewed”) is a stylish closer. Whilst López Ruiz’s bass shifts the track along, the horns and piano are more restrained, yet no less stunning.

This Be With edition of El Grito sounds sensational, if we do say so ourselves. Working with audio from the original analogue tapes, the vinyl mastering chops of Simon Francis are on full show here in what he considers to be some of his best ever work for Be With. Pete Norman’s cutting skills have made sure nothing is lost. The tortured artwork has been restored here at Be With HQ as the finishing touch to helping this revered work find a rightful place in every protest art collection.