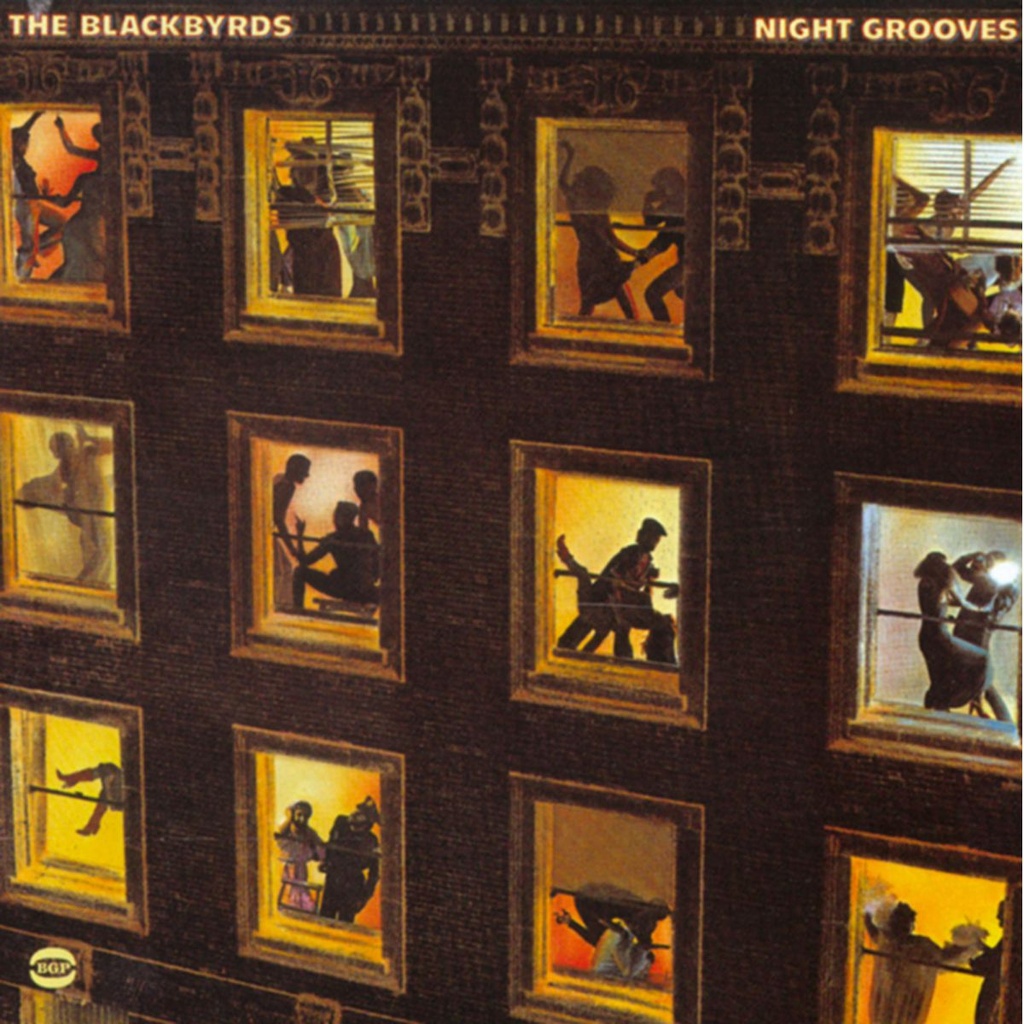 Call the dance doctor - there's an outbreak of fever in the funkhouse! And here's the reason why - after more than two decades of deletion, Ace is once again making available the final piece in the splendid musical jigsaw that comprises the Blackbyrds' Fantasy Records catalogue - the original, seminal 1978 dancefloor-aimed compilation, Night Grooves.

Actually, to refer to Night Grooves as just 'a compilation' is to undersell it big time. Granted, it does collect up a bunch of the Blackbyrds most eminent club cuts, all of which were originally released across five of the six Fantasy albums that came out between 1974 and 1978. And, technically, that does make it 'a compilation'. But - then and now - Night Grooves offers the potential punter much more than merely a repackaging of a bunch of classy cuts that they could just as easily find on other records.

The incentives to own this set are manifold and obvious, and none more so than the fact that three of its tracks - Happy Music (lately championed off this very collection by turntable wizard/house music pioneer Danny Krivit), Rock Creek Park and Supernatural Feeling - appear here in versions that are exclusive to Night Grooves. All are specially extended re-edits that prolong the grooves, and the running times, of the original tracks by up to three minutes. None has been legally reissued before now, so even the most ardent Blackbyrds admirers will have had problems in tracking these tracks down since they were last available on vinyl.

They alone should be reason enough for any of those aforementioned potential punters to purchase Night Grooves. But there's more, as you'd expect, in the shape of four further fabulous full-length flytes of funk - including the number that's probably the group's most widely-recognised recording, Walking In Rhythm. Factor their funkiness into the equation, and you have a set that's nothing but a natural 'must' for every full-on funkateer's collection.

Whether on loud-cut, club-friendly vinyl or sweet mid-priced CD, Night Grooves more than serves its threefold purpose as a suitable overview of their glittering career, a first-class collection of their finest club moments and a mini-greatest hits, featuring - as it does - six of the nine singles they placed on the Billboard R&B chart between 1974 and 1978. If it's true Happy Music Makes You Feel Good All The Time, there's bound to be a whole lot of Feelin' Good goin' on Funkland this month...