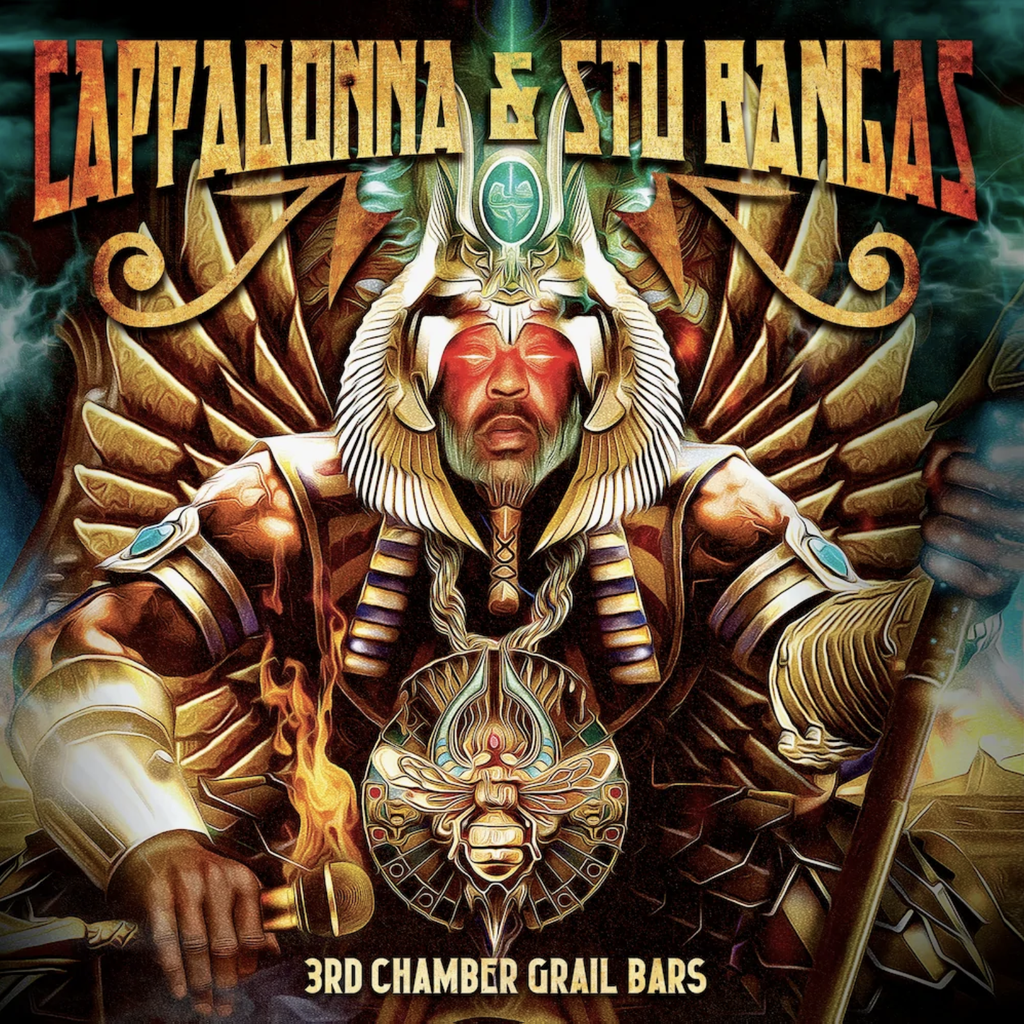 -Cappadonna’s debut LP, The Pillage LP peaked at #3 on the charts, eventually achieving certified Gold by the RIAA.
-To date, Stu Bangas has produced full length albums for the likes of Mr. Lif, ILL BILL, Eric Bobo, Lord Goat, Blacastan (ROP), Esoteric, Blaq Poet and more.
-“At this stage of his career, Cappa has a commanding grasp on the landscape of Hip Hop. His career speaks for itself, and consistency has remained of the utmost importance.” -HipHopDX

Wu-Tang Clan’s own Cappadonna connects with acclaimed producer Stu Bangas for a lyrically potent, sonically raw new album, 3rd Chamber Grail Bars. The album follows strong 2021 releases from both artists, Donna’s Black Tarrzann and Stu’s Deathwish, and it represents the emcee’s first full-length collaboration with a single producer. The result is a tight, cohesive listen full of sharp verses, neck-snapping instrumentals, and some stellar guest features. The two first worked together on the Wu rapper’s 2013 album, Eyrth, Wynd & Fyre, when Stu produced a pair of notable cuts (“We Hood Rich Now” and “Chains”). “I knew that he was feeling the beats,” Stu said. “And I saw an opportunity to reach out to him and took it.” They reconnected via industry A&R, M-Eighty, who provided Donna with a folder of instrumentals from the producer. And for the emcee, the timing was perfect because of how the beats “fit my mood and energy in the moment.” The energy is one of a time-tested lyricist with a lot on his mind—and plenty of clever ways to get his point across. You can hear that on the piano-laced, eerie “Continuous Threat” with Planet Asia, as well as the straight-up dope “Tryna Survive” featuring ILL BILL. Both tracks showcase Donna’s gifts with the pen as well as his talents as a collaborator. Other standouts include the raucous “Bring It Out,” which also happens to be Stu’s favorite cut on the LP. “I love everything about it—the beat, the intro, the subject matter of the verses, the raw hook, all of it,” he explained. As you’ll hear on the album, it’s clear that it was created not only for the love of the culture, but also out of mutual respect for the other artist. Stu referred to 3rd Chamber Grail Bars as “a life goal of mine that I have checked off,” while Donna had glowing praise for his collaborator. “Stu’s catalog may be as great, iIf not greater, than any producer I can name,” he said. 3rd Chamber Grail Bars is due out this summer through Stu’s Brutal Music label in partnership with Fat Beats.