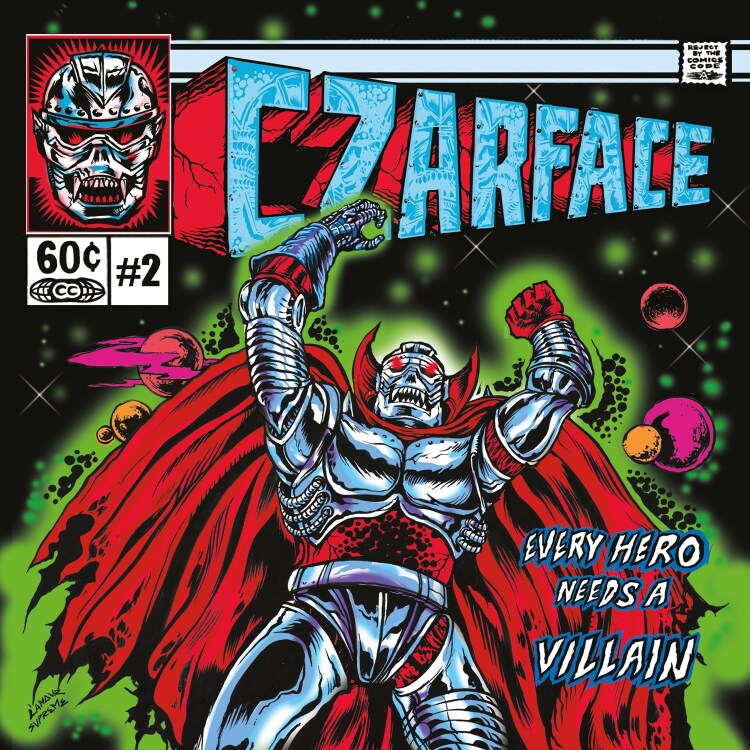 A1 Don The Armor

B1 The Great (Czar Guitar)

In 2013, the trio appeared relatively unassumingly with their self-titled debut, which was chiefly produced by DJ 7L and included guests ranging from Ghostface Killah and Cappadonna to Vinnie Paz, Action Bronson and Roc Marciano. The soon-to-be acclaimed group found out quickly that there was a groundswell of hip-hop fanatics thirsting for the lunchpail, lyrics-above-all-else rap they fell in love with in the 90s. Several pressings of the album on CD, 2-LP and even cassette later, they are back and ready to up the ante.

This time around the group is the same, but its fair to say that all three men have stepped up their game. We knew how we felt about the last album, but werent sure how it would be received by listeners, explains MC Esoteric. But people really responded to it, even more than we had hoped. That gave us the confidence to really spread our wings and let loose on this one. The chemistry is even tighter this time around. We know exactly what lanes we are cruising in and what weight class we are fighting in for Round 2.

Inspectah Deck adds, Czarface is like the Danger Room for the X-Men, I can use all my weapons on there. When I'm in Wu-Tang, I have to come a certain way because we have a certain style of fan, when I'm here doing the Czarface projects, it allows me to actually be an MC, it allows me to actually just spit...I love that. I love when i can just spit freely and just be an MC.

The fighting analogy – whether drawn from pugilism or 80s wrestling, both which figure into Every Hero Needs A Villain – is an apt one, considering the unrelenting lyrical attacks that Deck and Esoteric unleash on track after track, each trying to one-up the previous verse. Best of all, it is friendly camaraderie, based around a loose theme of renegade mutant MC talents running wild. DJ 7L explains, All three of us is influenced by comics, sci-fi movies, TV, wrestling. Czarface encompasses all of that, and it helps with the visuals as well.

On the production side, 7L and Spada4 show yet again – as with the groups debut – to be a stellar team, as they provide hard, funky and alternatingly ominous backdrops for the assembled MCs to use as lyrical luge paths.