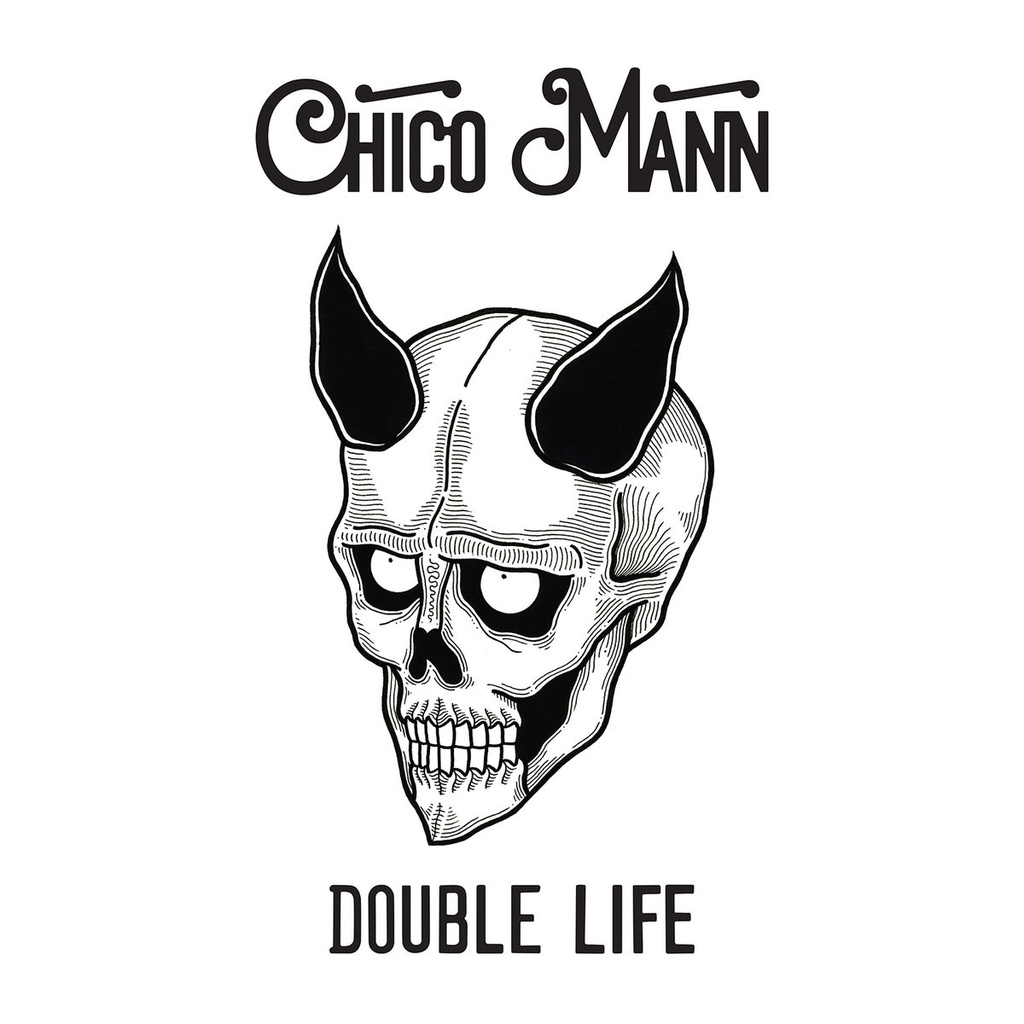 For his latest project Chico Mann recalls, “ When I moved from NY to LA, my intention was to start this AfroRock band, Here Lies Man. What you're hearing on this record is music I wrote for that band but has been reimagined to bring it back to its original form.” Using fewer elements of Highlife for its brand of Afrobeat, Double Life infuses more blues elements while still retaining an Afrobeat authenticity representative of African diasporic music.

While versions of the songs contained on the album exist with vocals, Mann consciously chose for the project to be a fully instrumental work. “This album is my cheeky way of recontextualizing a cinematic approach I've adapted lately in my career,” he declares. Going further, he opines, “I've always seen the music I write to be a soundtrack to this imaginary movie running in my life and the listener's, one I'll never see. There's a cinematic quality to what we're doing on the record. It's supposed to elicit an emotional reaction - to make you feel something is the goal, whether that's good or bad is irrelevant.”

Double Life has been four years in the making, but the material required that time to develop and explore the landscape he wanted to tap into. As a studio adventure, it was recorded much like a jazz album. Holed up in drummer and co-arranger Jeff Mann's garage studio, dubbed Secret Handshake Studios, Jeff Mann, JP Maramba (bass), Doug Organ (keyboards), and Chico Mann ran straight through the material as a whole providing for a streamlined experience. Conceptually, Mann reflects on the lighthearted element of the guise that Chico Mann can't have a double life in the real world but is allowed that space in the creative one.

In other projects and collaborations Mann has been involved with such as Captain Planet, there was an overall feeling of fun and dance to the finished musical works. Artistically, however, he finds himself reaching for a different emotional space. “In terms of the world we've been living in the last four years, the feelings of angst and dread are part of the zeitgeist, which gave me a place to tap into for this project, albeit in a funky way.” He found influence from Khruangbin, a band whose music and approach he admires, who “showed me a path for instrumental, guitar-driven music that isn't your typical rock & roll.” Additionally, longtime collaborators in Antibalas, whom he considers family, gave him a foundation of how to be a professional studio and road musician as well as giving him the focus and dedication in his career to be churning out the material for Double Life nearly 20 years later.

While 2020 has provided him a step back from the road life, he still considers music the center of his universe. However, he misses the power of live music. “Playing a show is like church because of that idea that we're in service of the muses. The sound waves penetrate the cells of your body, and that's difficult to recreate through any other experience,” he responds when asked about living in a world where concerts are few and far between. Until stages open back up en masse, if you close your eyes and let the spirited sounds of Double Life take you over, you'll find that Mann's experimentations are indeed in service of the muses. Where they may take you isn't his primary concern, just that they take you somewhere.

Produced by The Brothers Mann

Mixed by The Brothers Mann