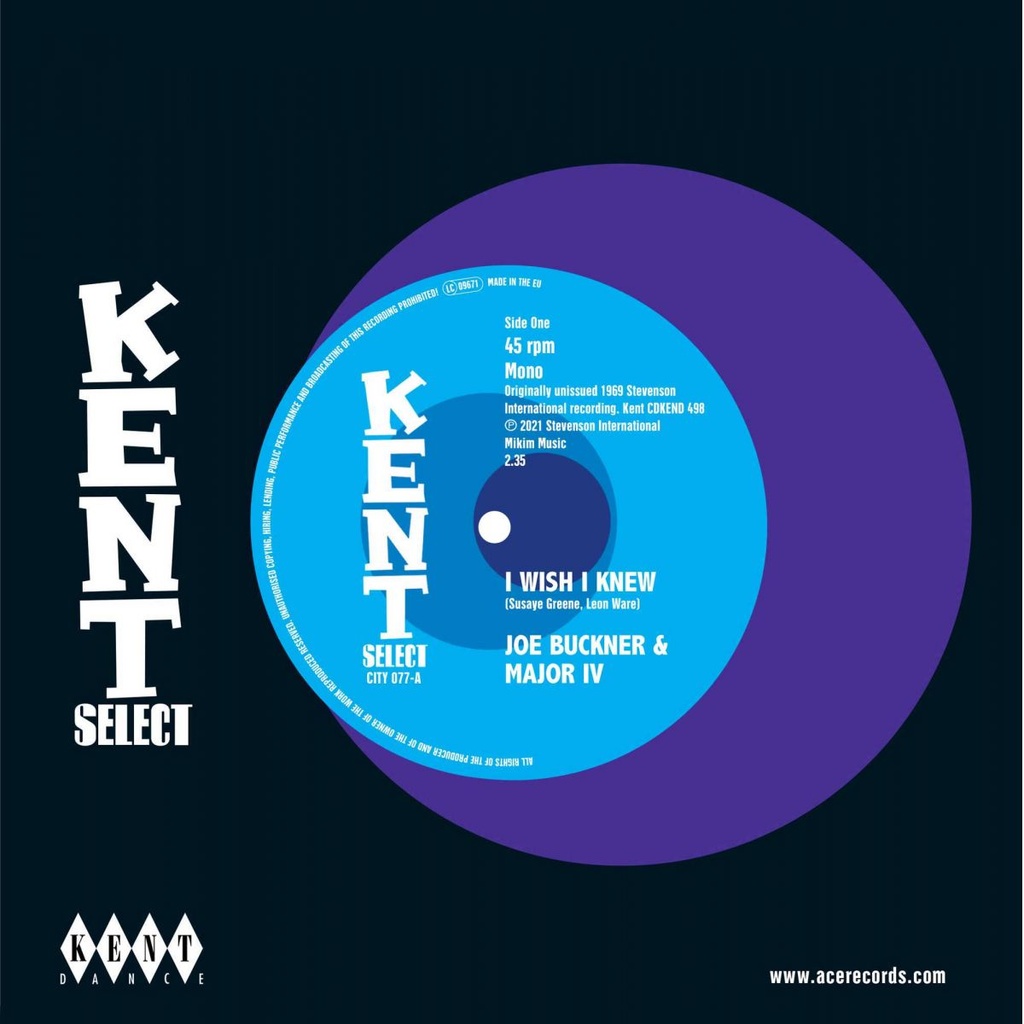 Side 2
I Stand Blue - Hal Frazier

Joe Buckner was lead singer of the Major V, a Chicago group who recorded in Los Angeles in the late 60s. ‘I Wish I Knew’ had been issued by the Ballads on Venture in 1969 and that outfit later re-cut it as ‘Butterfly’ in 1975. Joe and the Majors give an equally impressive performance on this great Leon Ware, Susaye Greene song. ‘I Stand Blue’ is another Ware composition that we first featured by writer/producer Mickey Stevenson on the Kent 100 Club Anniversary single of 2019. Big-voiced Hal Frazier also gives a top performance on the excellent beat ballad.