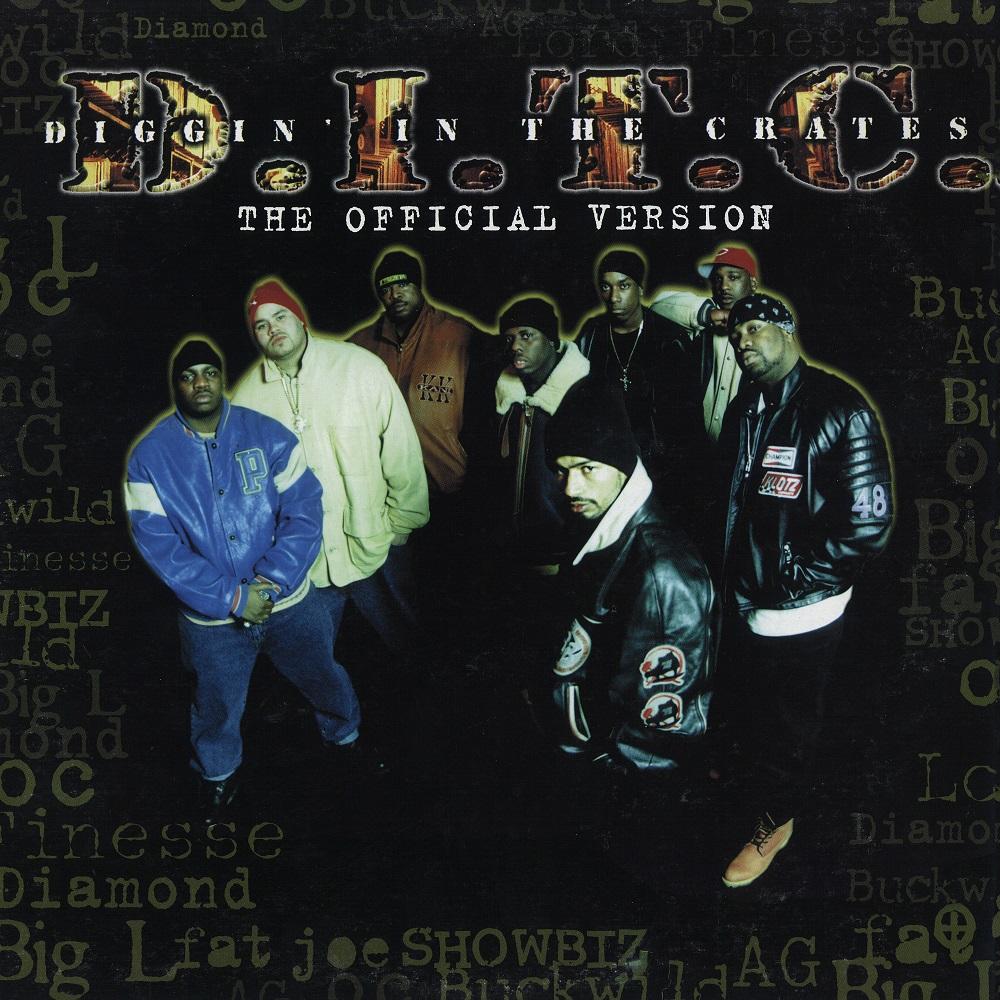 A2 Way Of Life (Alternate Version)

A3 Get Yours (Remix)

B2 We Known For That

The Diggin' in the Crates Crew, commonly abbreviated as D.I.T.C., is a hip hop collective from New York City. It was founded by Diamond D and Showbiz and its name is from the art of digging for records to sample for production. The members have achieved substantial and consistent recognition in the music industry and Hip Hop circles. They have collaborated with underground and commercial artists from around the world. All of the members are from the Bronx, with the exception of the late Big L from Harlem, and O.C. from Brooklyn.

D.I.T.C., “The Official” Version is an alternative version of D.I.T.C.'s self-titled album D.I.T.C. which was not officially available on vinyl upon its initial release via Tommy Boy when it became apparent that group maintained vinyl rights of the album.

The Official Version has a different track listing with many of the songs being totally different versions than the ones appearing on the first album and also 2 tracks that weren't on D.I.T.C. at all - "All Love" and "We Known For That" (which is actually a remix of the 12" single "Internationally Known"). The album is executively produced by Show and re-released on D.I.T.C. Records with distribution by Fat Beats Distribution -20 years after its initial limited pressing.

Many of the songs appear in remixed forms that had yet to be released, some remixes and some original versions. Highlights include "Where Ya At"; the Big Pun/Milano collaboration but here, instead set over a slamming DJ Premier remix. Likewise, the "Way Of Life" features a totally different Buckwild beat, that is actually the original version of the track, that stands in stark contrast to the B-Boy anthem heard on the Tommy Boy album.