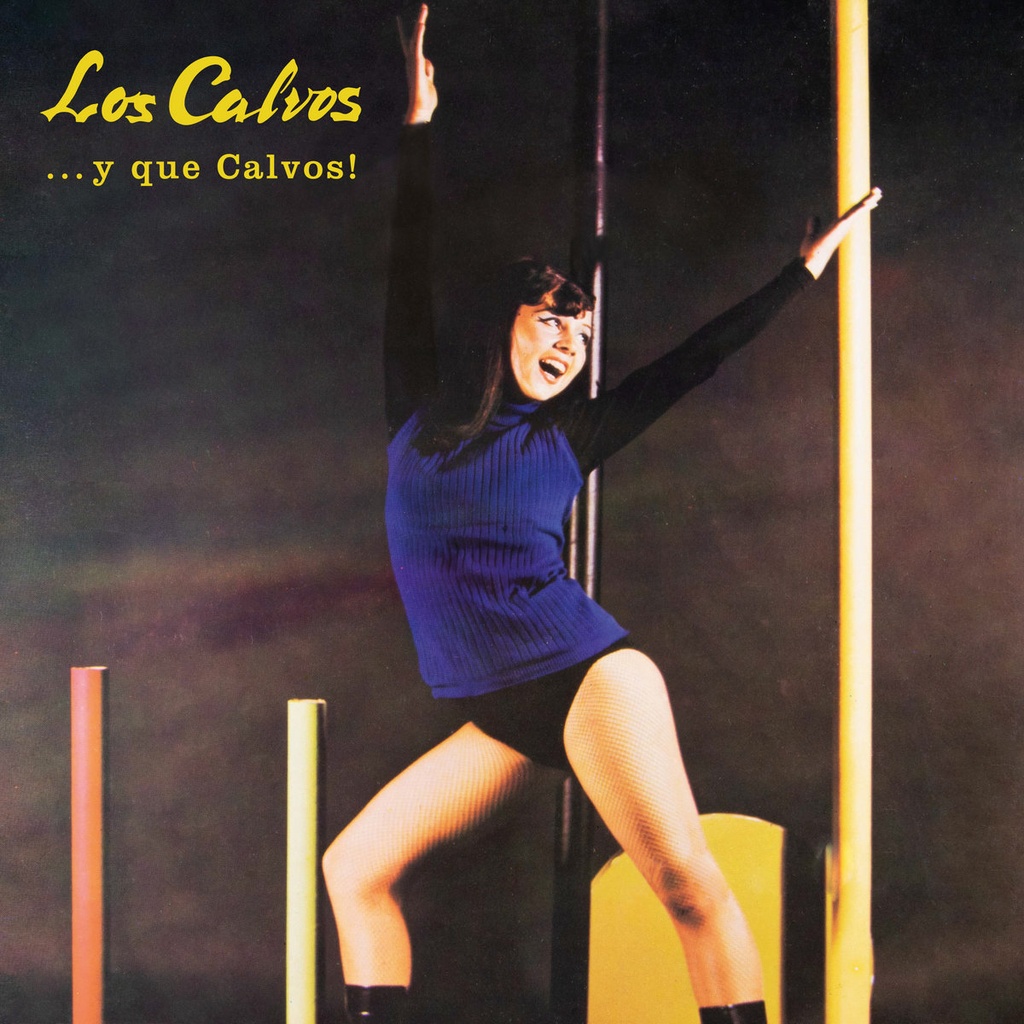 If the first album from Venezuela’s Los Calvos, despite its greatness, could be considered to have a varied sound, then this second, and lamentably final, album found them creating a signature sound with the musicians given free rein and a stronger push to the dance floor, this is música bailable personified.

The drum kit was instrumental to their image and sound; it was an instrumental unusual in salsa at the time. So much so that their own drummer Frank “Pavo” Hernandez had said disparagingly that “salsa with a drum kit is like pasta with avocado”. Kudos then to “Pavo”, along with fellow drummer Alfredo Padilla, who seamlessly integrated the instrument into the line-up, allowing its heavy hits to add energy and power to the group’s sound; just listen to the drum solo in “Suenan Los Cueros” and you will be in no doubt that it was a genius move.

Vocal duties throughout are split evenly, five tracks a piece in fact, between Carlos “Carlín” Asicio Rodríguez and Carlos “Calaven” Yanes. It is Calaven who surprises the most, his mischievous delivery and ability to improvise and scat placing him in the higher echelons of vocalists, and not just within salsa. “José”, which is also a showcase for bandleader Ray Perez to free wheel on the piano, is a perfect example of Calaven’s ability to enliven any descarga (jam) with unexpected vocal turns; but then, even on the album’s original single “El Moño De Maria” he shows that with a few variations on the chorus, he can elevate any song. His partner in vocals, Carlín, is no slouch either, leading the driving “Tiene La Razón” with ease and showing that he can get down and dirty on the percussion-heavy “El Tumbeleco”, guiding the song through to its pulsating conclusion.

Perez was one of Venezuela’s finest bandleaders, also helming the legendary Los Dementes, Los Kenya and others, and he brings a number of famous friends and allies to the party. Professional lucha fighter turned composer Gustavo “El Chiclayano” Seclén contributes the playful “El Marciano y Yo” (“The Martian and Me”), which allows Calaven plenty of opportunity to improvise, his imitations of intergalactic beings a wonderful thing, with what sounds like the rim of a wine glass being used to create Mars-esque special effects. You can also hear Perucho Torcatt, a regular collaborator of Ray Perez’s in Los Dementes, adding his voice throughout the album.

...Y Que Calvos! is not for the idle, it’s an album which does not allow you to sit down. Powerful, inventive and abundant of rhythm, it’s everything you could want from a salsa album, and a fitting way for Los Calvos to sign off their far-too short career. Perhaps now it will finally get its dues as a lost salsa classic.