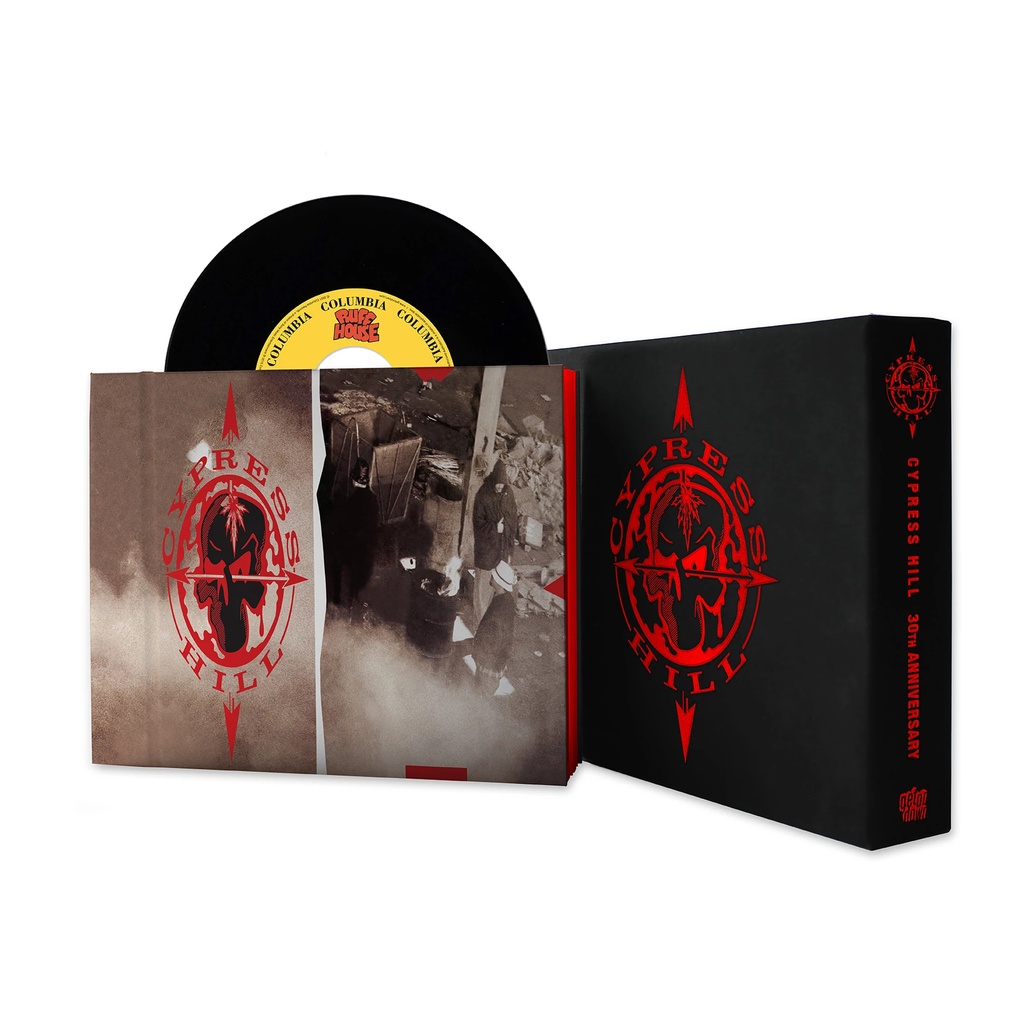 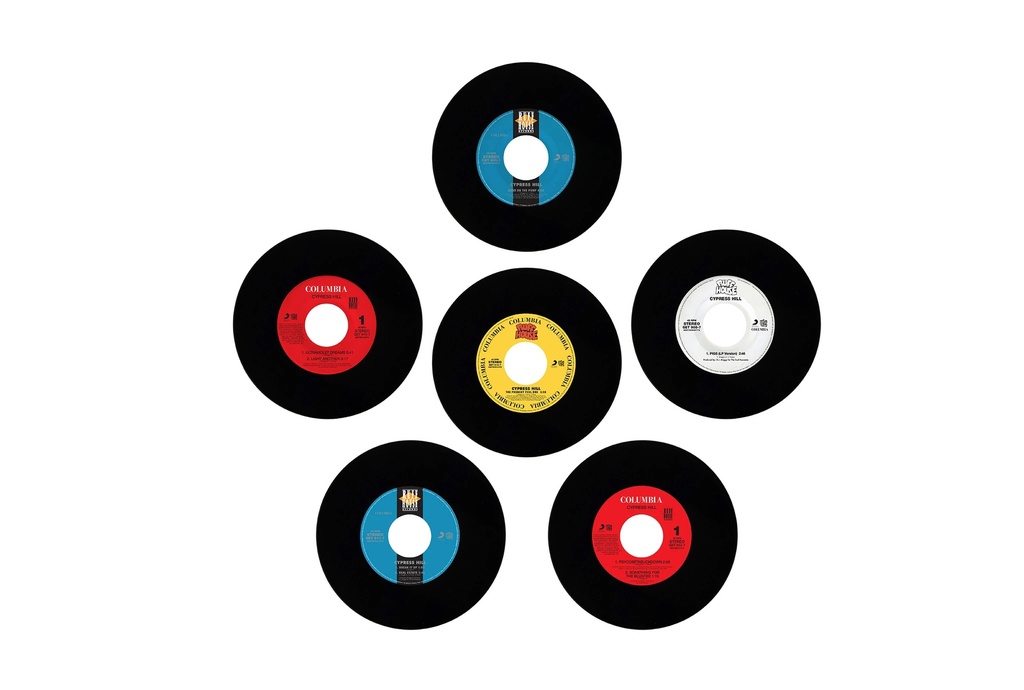 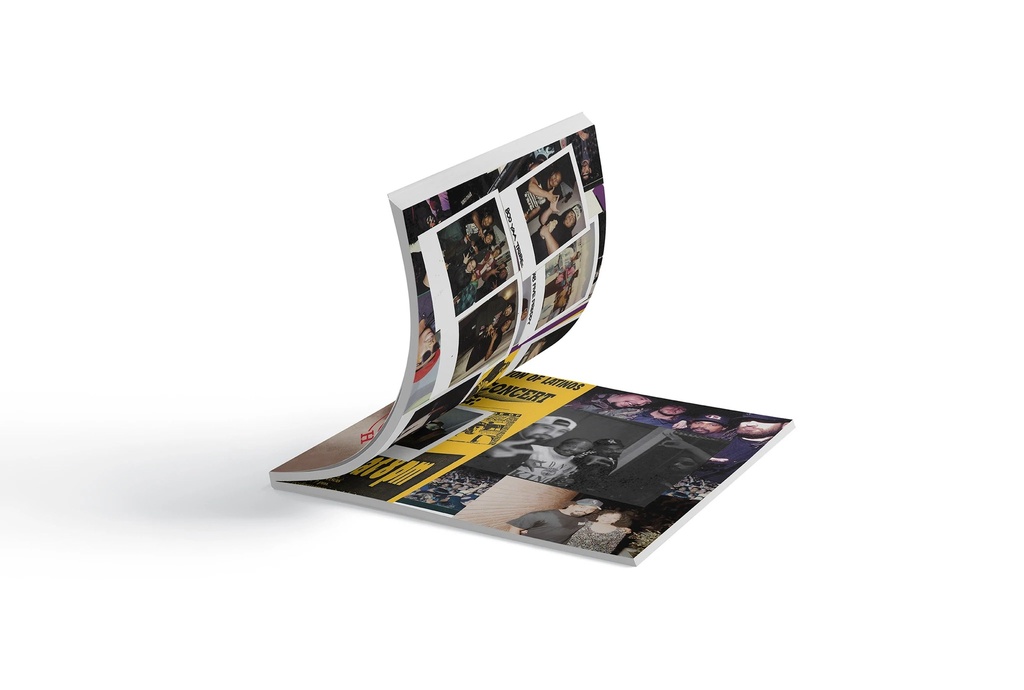 To commemorate the 30 year Anniversary of Cypress Hill’s debut album Get On Down is proud to present the complete album on 7 inch vinyl singles for the first time ever housed in a deluxe casebook.

The debut album is presented as a set of six 7-Inch vinyl records presented in a Hardcover Casebook which holds all six records in built-in sleeves
Full-color 80 page booklet with liner notes by journalist Chris Faraone, complete with photos and lyrics, and more
Housed in a premium outer slipcase, debossed with the iconic Cypress Hill logo in metallic red foil.

When Cypress Hill came with their debut self-titled album 30 years ago, they made an immediate spark that captivated the Hip Hop audience, critics, and then the world. Led by B-Real with his nasal, singsong delivery, and Sen Dog to play the perfect hypeman, Cypress’ debut fueled tales of revenge, revolution, recreational drug use, gangbanging, and cultural pride. Like Public Enemy before them, the production was also a key factor in what made this debut so groundbreaking. DJ Muggs was able to craft a blueprint that would change Hip Hop production with his innovative stoned-out beats. Records like "How I Could Just Kill a Man", "Pigs", "Stoned is the Way of the Walk" and "Hand on the Pump" made this album an instant classic. Since its release, the album has won acclaim as one of Rolling Stone's Essential Recordings of the 90s and Top 100 Best Rap Albums by The Source Magazine.

Journalist and author Chris Faraone highlights the group's relationship in the reissue's liner notes saying, "[By the late 80s] the undisputed Cypress unit finally formed. B and Sen realized that their diametric styles - the latter's deep wrangle, the formers inimitable high notes - complemented one another righteously. By then Muggs had bangers in the bag, as well as industry experience from a jaunt with the New York duo 7A3. B and Sen waited while Muggs messed with 7A3, and in that time began to build the blueprint for their raucous and weeded no-holds-barred style. Besides getting schooled on industry pitfalls, Muggs had also grown into hip-hop's most formidable young producer, while straddling the bi-coastal gap."

Faraone was able to dive in deep with the band for the liner notes, hearing story after story, including the particularly interesting tale of their unlikely 91 radio hit, "How I Could Just Kill A Man". In the B Side wins again story, the group recalls receiving resistance from the label in regards to which single should hit radio first. Initially, the label thought "How I Could Just Kill A Man" was too risky, and even though the single initially "The Phuncky Feel One", one of the album's strongest cuts, as the A-Side, college and commercial mix-show radio couldn't resist the dusted, heavy groove of Kill A Man. The song – which included a catchy, LA drive-by-inspired chorus – ended up as an unlikely, but powerful double A-sided single that even topped the Billboard Rap charts. More singles would follow, including "Hand On The Pump"; "Pigs"; and "Latin Lingo". And by the fall of 1991, the album was a full-blown critics darling.


If you are a Cypress Hill fan and 45 collector this limited edition 30 year Anniversary 7” boxset is a must have!