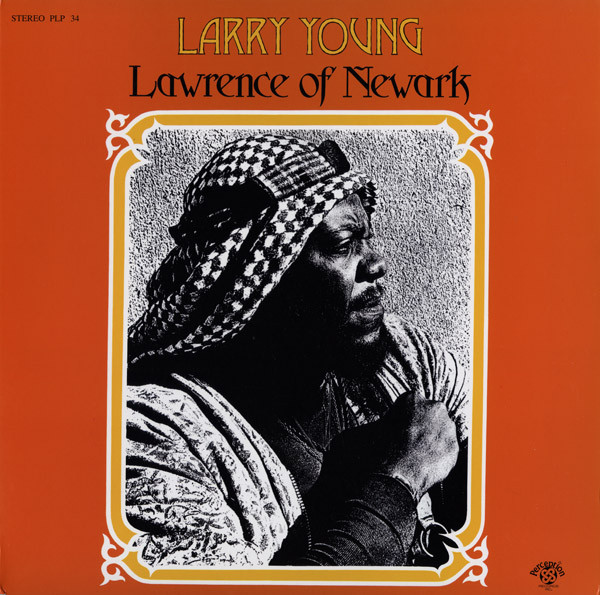 At a time when soul-jazz was the zeitgeist when it came to jazz keyboards, musician/songwriter Larry Young bucked the reigning trends with his Hammond B-3 organ. Young's style, which came about during the mid-to-late 1960s, was sharp, technical, and highly influenced by modal scales, standing in contrast to the breezier style that players like Jimmy Smith has popularized. He further innovated through his percussive approach to jazz keys, which often relied upon effects and pedals, often fused with elements of avant-garde. Young's best known material was produced during his time an in-house artist at Blue Note Records, but as the 1970s kicked off he has jumped ship from Blue Note, and found himself jumping from label to label, all the while crafting some of the most remarkable albums and sessions of his career. Lawrence Of Newark is one such album; his only record produced through the short-lived Perception Records, and featuring some truly unique instrumentation and arrangements for a post-bop release. Notably opening with a sinister, droning cello, Lawrence Of Newark dips in and out of jazz, and into the realm of Middle-Eastern music, psychedelia, funk fusion, avant-garde, and outright improvised noise explosions. A very rare gem, as Perception Records dissolved the same year as Lawrence Of Newark's recording, but a worthy listen for any jazz enthusiast worth their salt.