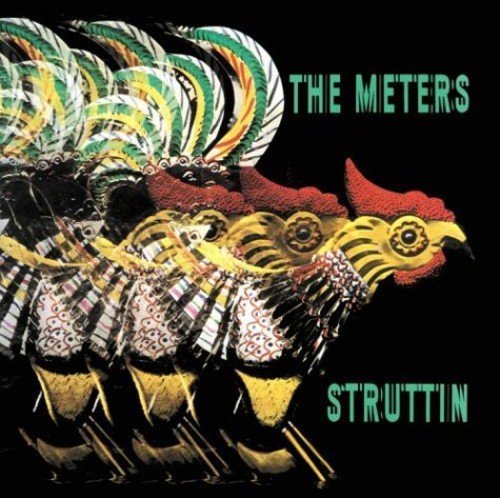 Few funk groups have had as far-reaching an influence as New Orleans band The Meters, the project of keyboardist/vocalist Art Neville, and the famed house band of Allen Tousaint. During their mid-60s-to-late-70s heyday they released a heavy mixture of instrumental and vocal albums and singles of Louisiana-inflected soul, R&B, and funk music that continues to inspire and marvel, and get covered by groups and artists like Red Hot Chili Peppers, Jaco Pastorius, Widespread Panic, and even The Grateful Dead.

Fresh off the success of their acclaimed 1969 release Look-Ka Py Py, The Meters did not rest on their laurels, and released the album Struttin' the next year. Though similar in sound to Look-Ka Py Py, Struttin' distinguished itself with its' increased emphasis on Art Neville's vocal stylings. (As opposed to the call-and-response shouted choruses from previous albums.) The album included the R&B Singles hit "Chicken Strut", soulful covers of Lee Dorsey, Ty Hunter, and even Jimmy Webb, and directed the group into a more expansive sound than before, rendering one of the most organic sounds in their discography.