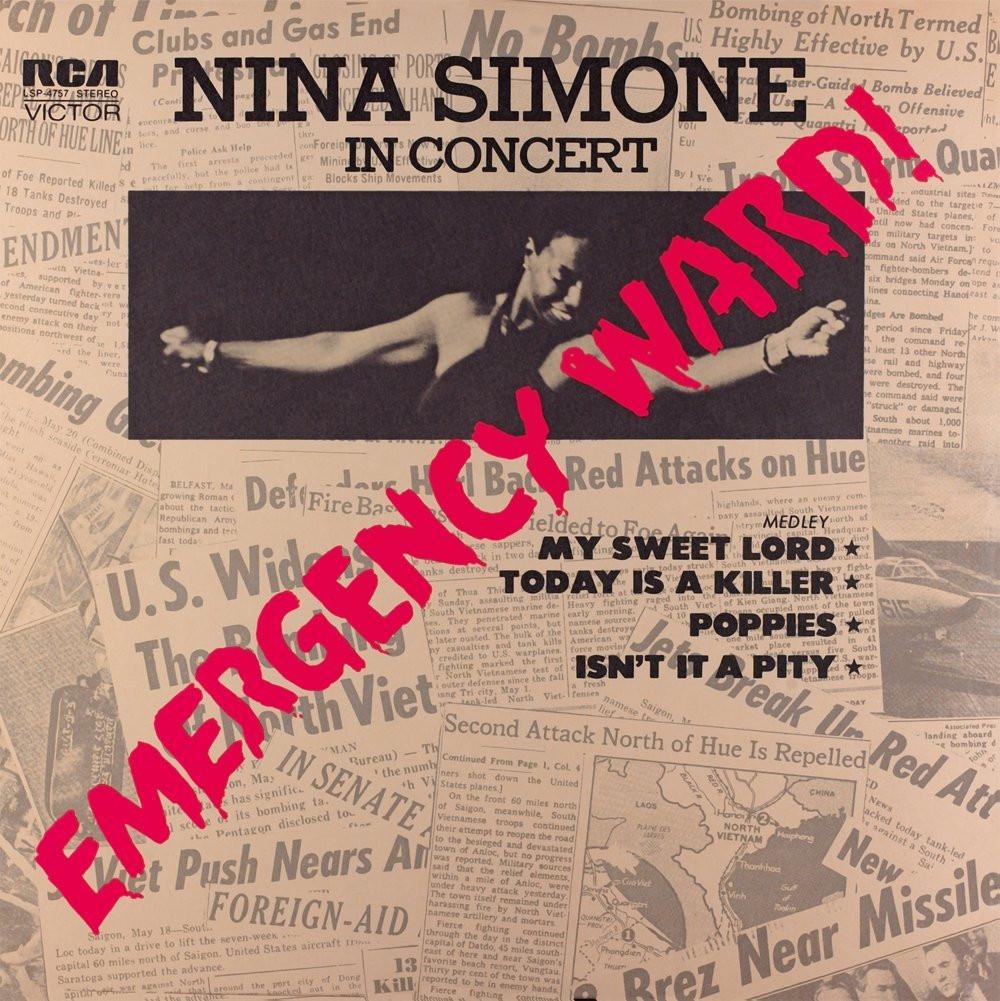 A1. My Sweet Lord

A2. Today Is A Killer

In naming her among the greatest singers of all time, Rolling Stone magazine described of blues/jazz singer Nina Simone: "her honey-coated, slightly adenoidal cry was one of the most affecting voices of the civil rights movement." A ground-breaking and innovative performer, Simone's songs are among the most influential of the 20th century, inspiring a wide-reaching range of artists, from Madonna to David Bowie to Alicia Keys to Kanye West to Maynard James Keenan of Tool, to name just a small sampling. Throughout her career, Simone wrote, recorded, and composed innumerable albums and singles, many of which would become standards, including her versions of "My Baby Just Cares For Me", and "Wild Is The Wind."

More than just her recordings and performances, Nina Simone paved new ground for African-American women for frequently breaking away from the musical industry to inject social commentary into her music. (One of her most famed songs, the civil rights anthem "Mississippi Goddam" courted wide controversy in the South.) It was certainly this social awareness that led Simone to release the live album Emergency Ward in 1972. Considered to be her statement on the Vietnam War, (At the time still escalating) the album was a medley of gospel-jazz with high-running emotions reflecting the events of the time. Featuring orchestrations by Weldon Irvine, choral arrangements from the Bethany Baptist Church Junior Choir Of South Jamaica, and Simone's own velvet croon across somber and introspective material, including several George Harrison covers.