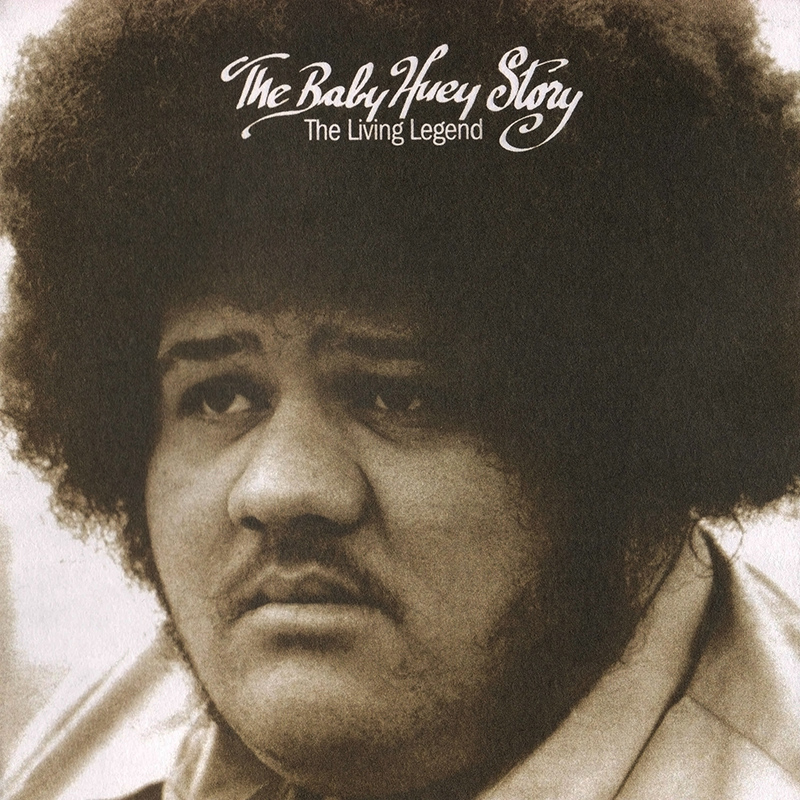 A2. Mama Get Yourself Together

A3. A Change Is Gonna Come

B5. One Dragon Two Dragon

James Ramey, better known by his self-depreciating stage name Baby Huey, was a potently flamboyant presence in Chicago's soul scene during the 1960s. Though he suffered weight problems throughout his life due to a glandular disorder, he was easily recognizable for his appearance, which featured an enormous afro, and long, flowing African robes. He and his band The Babysitters were a wildly popular and successful local act across Illinois, cutting numerous 45 singles, without releasing a single full-length album.

A chance audition with Donny Hathaway and Curtis Mayfield of Curtom Records would change everything for the band. Though the two of them were pleased with the group, they opted only to sign Baby Huey without the Babysitters. Huey would go on to spend much of 1970 recording a studio debut of psychedelic soul and funk music, comprised largely of covers of tracks by Mayfield, Sam Cooke, and others, plus two original compositions. During this time the now 400-pound singer struggled with addiction to alcohol and heroin. Huey would not see the release of his debut album, dying at the age of 26 from a drug-related heart attack.

So many years after its 1971 release, Baby Huey's studio album Baby Huey: The Living Legend went on to become a cult phenomenon, a massive influence to hip-hop artists and fans, and is now considered a classic of its era. Tracks from the album have been a treasure trove of sample material for artists like A Tribe Called Quest, Wu-Tang Clan, DJ Shadow, and The Chemical Brothers to name just a few. Additionally Huey's own vocal style, which dabbled in sing-song melodies and self-referential rhyming, has been said to have influenced the development of rapping itself.