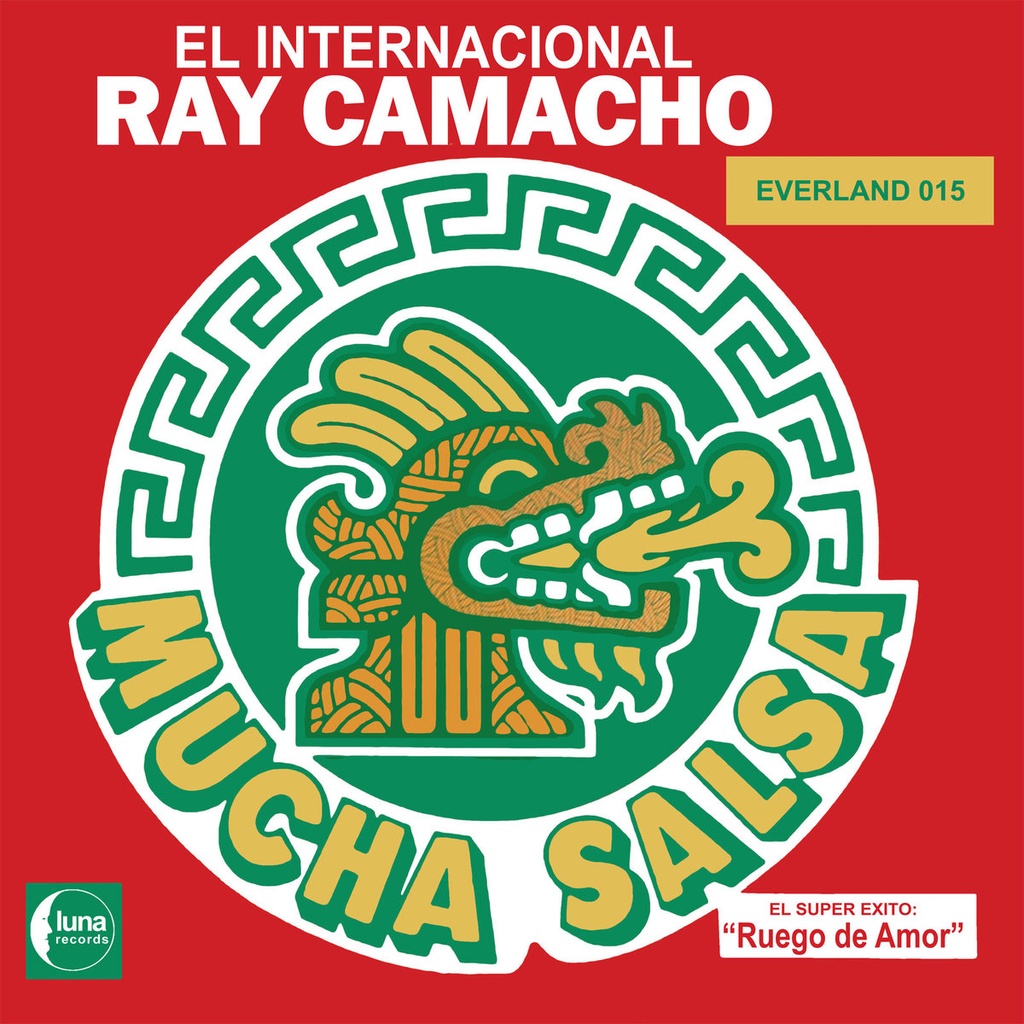 B2 Dime La Verdad (Tell It Like It Is)

B4 Me Patina El Coco

* A must have for fans of Compay Segundo or Tito Puente

* Packed to the last groove with irresistible anthems

* CD is housed in a beautiful digipak

SHORT: Tito Puente style salsa, mambo and cumbia from the late 70s by one of the most productive musicians of the genre. A gem rare as gold dust as an original pressing and composed of only massive Latin music anthems, handmade from start to finish, by a group of passionate and highly professional musicians. The “Low rider” coverversion is outstanding. If you love this kind of Latin music look no further, this is sheer awesomeness.

DETAILS: It has been a while since I had the pleasure to review Mr. Camacho’s 1980 album “Reach out” with his RAY CAMACHO BAND. Now one of its predecessors ends up on my turntable and really finds me unprepared for what I listen to here. No sign of disco music at all but an opening track that has this three-quarters beat and a slightly slushy melody that reminds of those 1950s love songs, which dragged the kids to the dancefloor for a slow narrow dance. It is quite uncommon to start an album with such a song, especially when you expect music pouring from the grooves that takes you away to far away street cafés in the centre of Havanna. Well, at least it is sung in Spanish. A happy little salsa groover joins in next and here we go straight to the steaming streets of the Cuban capital with its bars and night clubs where people still dream the unfulfilled dreams of a sugarcane cutter out in the fields after a hard day of labour. And “La casita” develops, changes passages, rhythms, paces. It comes like three songs in one and showcases the talent of a truly inspired music ensemble. The pace on this album is quite often moderate and relaxed, but that especially creates a special atmosphere you as the listener can relate to, while dreaming of a life of ease in Latin American countries. A rather romantic idea but it works well here. This is good time salsa music with different energy levels, played with passion by highly professional musicians. You cannot even tell from which year this album is by only listening, for it has this classic Latin feel which was popular when Tito Puente was still a freshman on the scene. But no matter if this would have been a late 50s or late 70s recording, it has kept a vibrant atmosphere even decades after the initial release. Actually this album should have attracted the attention of Mr. Carlos Santana who grew his new, wild and progressive style on the soil folks like Tito Puente have cultivated years before, though he was more a contemporary of Ray Camacho instead. Anyway, I digress, but this album invites you to let your mind drift away from your allday’s issues. Salsa, cumbia, mambo, you will enjoy the variety of Latin music elements, from which the very memorable songs were built. The most wicked tune here for certain is “El Pachuco”, which is nothing but a latinized coverversion of WAR’s “Low rider” with title and lyrics in Spanish, combining funky elements with this boogaloo and salsa atmosphere. Ray Camacho and his band really shine on this tune, but this is the case on through the whole album. Fans of Latin music from the heart will certainly want to grab a copy and since originals in even a less excellent shape already fetch higher prices among collectors while mint copies go for 280 to 300 US$, the new reissue by Everland Music is more than welcome. This might have been retro in 1978 but due to its natural flow and feeling it will never age actually. These 1950s style slow dance ballads, there is more than one, fit in perfectly somehow and add a different flavor to the whole picture. Among his many albums, this should be one Ray Camacho might be especially proud of due to being composed of outstanding hit songs only. Go for it, ye Latin cats, gems like that are scarce.