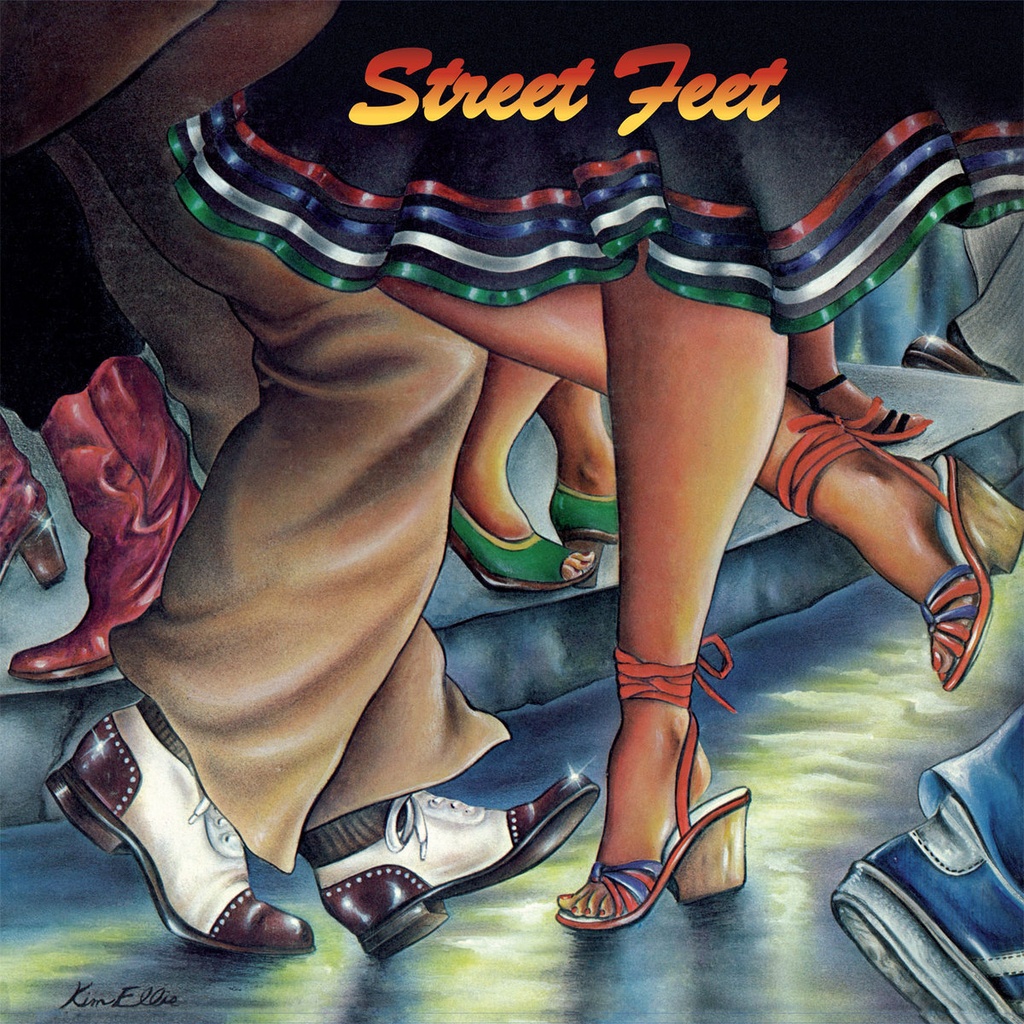 B4 The Search Goes On

SHORT: For the major part this is instrumental dance music combining elements of funk, soul, disco and pop rock. The production is excellent for its time and the seven songs really have a big recognition value. The musicians playing here are the creme de la creme of their genre. Some tunes even generate an atmosphere like in old 70s police movies. A real gem!

DETAILS: Another studio outfit of the late 70s club music scene that has gained cult status among collectors of funky, soulful dance music of the disco era. Originals in mint condition fetch prices of 500 USD and sometimes more but for all who want to taste the feeling of dancing well dressed in satin and lace on through the night in one of the hip clubs, there is now a fine reissue on EVERLAND records, black wax for sure, so collectors will go crazy for it. And now for the music, which of course is what I focus my review on. You can say that this is a great mixture of funk, west coast rock, lightfooted pop and soulful elements, mostly instrumental with the exception of a “Yeah!” and some wordless choirs here and there, just as known from the black soul music in the late 60s and 70s. Well, sound and feeling of this record are clearly 70s. The production is slick and crystal clear, you can hear every instrument and the arrangements fit perfectly with each other. The tight and vivid playing tells me that the participating musicians are all high class professionals and they really bring these dance instrumentals to a life on their own. You do not need any front vocals when you have such beats and harmonies pouring from the black grooves of this record. The album begins with “Satisfied sity”, a midpaced, flashing funk song generating a spacey atmosphere due to the use of synthesizers as lead instruments and swirling electric pianos. Bass guitar and drums dance around each other while a brass section, the synthesizers and keyboards, plus a chugging rhythm guitar build an exciting weave of melodies on top. It gets more lightfooted but still energetic with “Help yourself”, a joyful and straight pop rock dancefloor sweaper with nice guitar leads and harmony melodies of the greatest kind. The use of hammond organ and the upfront lead guitar turn this song more into a rock direction than most of the others. “Why don’t you help yourself” is the only sung phrase here. A cool middle of the road tune that makes you push your accelerator while you drive your car into the evening twilight. “The hassle” comes floating in from your speakers in a very relaxed way. The funky jumps in the rhythm department are there as well as the wah wah guitars, but all well wrapped up in a garment of brass, organ and electric piano arrangements, that add this smooth and silky touch to it. This tune along with “Satisfied sity” might even be the soundtrack to an imaginative 1970s police movie. Once more some backing vocals appear singing “It’s the hassle”. Still this is an instrumental affair for its major part. “Livin’ it up” is cool funk with an enchanting synthesizer melody on top and jazzy flute solo. Another exception to the disco music rule. The guitar kicks in and plants another simmering melodic solo into the musical soil. Funk music at its best! This will certainly reach out further than to the genre aficionados only. This is easy to listen music, but if you take a closer ear you will realize what nuggets these players have hidden for you in the arrangements. You are now in the mood for some sheer joy with happy melodies and steaming rhythms that fill you with positive energy’ Just listen to “Warkoid walk” and start flying. Once more we have these utterly slick pop sound and excellent performances on the synthesizer as lead instrument. We move forward and stop by at another funky masterpiece with jumping grooves in the verses and a floating, faster paced chorus with a pop appeal. Great brass arrangements and this utterly tight interplay will capture your attention and not let you go anymore. This music has complex structures, layer upon layer, but that does not necessarily mean it is complicated. It’s the other way round, a rather accessible thing. And it is just beautiful. Now that “Holdin` on” says goodbye “The search goes on”, just don’t ask me for what, because if you wish to find a true musical gem in the field of funk, soul, disco and fusion, you do not need to look any further. The album ends with this slightly bombastic, yet still utterly groovy soul pop tune. Giant brass arrangements grow on a soil made of beats with a latin flavor, combining elements of salsa, samba, rhumba and the likes, with a rather modern and fresh disco affinity. This is a reason to prefer the old style disco and soulfunk music for real people play real instruments with passion and professional attitude. A great album for vinyl DJs in cool dance clubs and great fun to spin on your turntable at home.