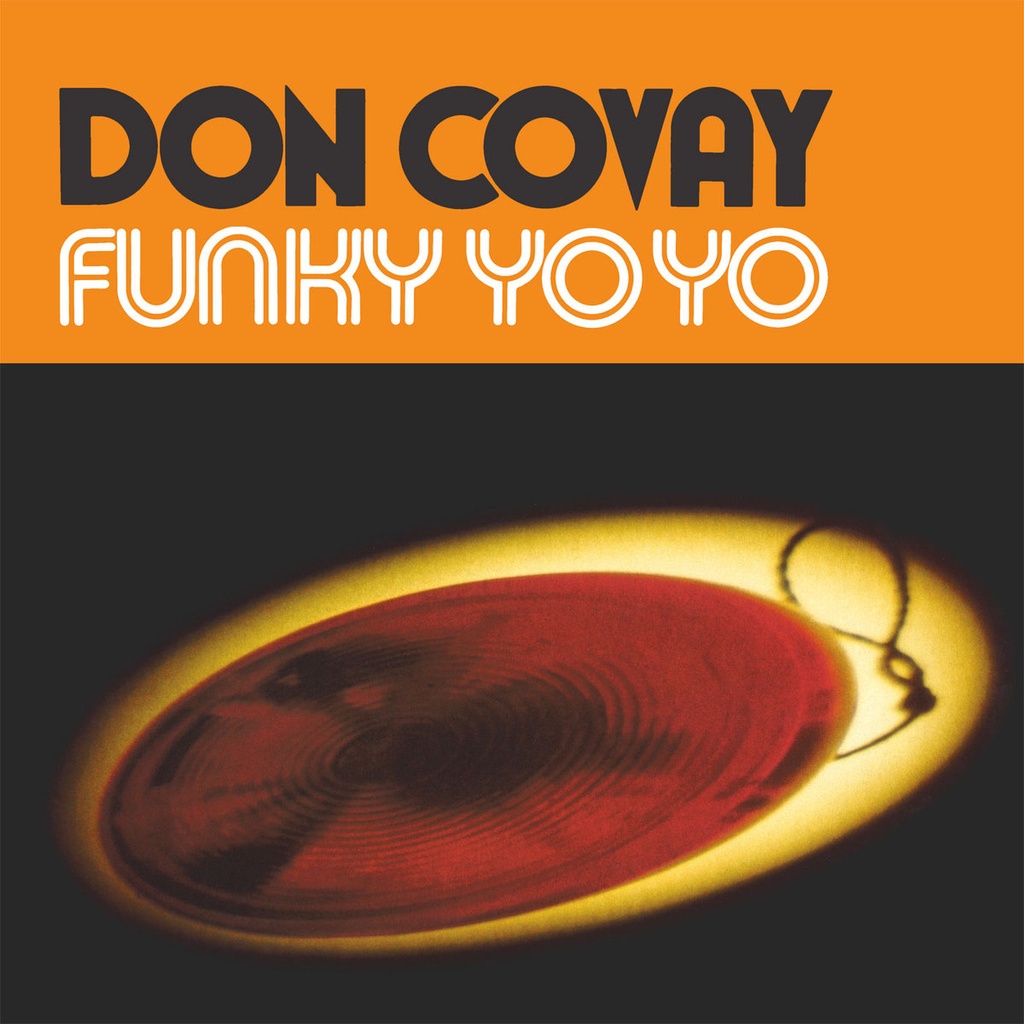 * This album will make all fans of early Rolling Stones, Animals and Them lose their composure

SHORT: A surprisingly old fashioned 60s sounding R&B, rock and funk album from 1977 that reminds one of the greatest ANIMLS, ROLLING STONES and THEM efforts from 1964 and 1965 with a few songs clothed in a slightly more modern funk and rock sound that makes one think of 1968 or 1969. A nifty little rarity for lovers of the mentioned legends and 60s music in general. Grab your copy!!!

DETAILS: Groovy funk, hot R&B and angelic gospel and soul from 1977 by one of the leading figures in the 1960s soul music explosion, who worked as composer and producer with the likes of Chubby Checker and Aretha Franklin for example, but also acted as member of the doo wop act THE RAINBOWS. Don Convay (1938 ” 2015) was a gifted man when it came to music and this shows in his 1977 album “Funky Yo Yo”. It starts with a hot blooded and steamy funk tune, the first part of the title track, that comes with an up tempo beat dragging everybody from his seat to get into a really unleashed dancing. On the ever pulsating rhythms you find some nice guitar and piano harmonies and riffs that push the tune into a rock direction without losing the funk spirit. The vocals and backing vocals often seem to talk to each other and sometimes even are spoken and not sung, even though this was far from the rap music that turned up later. Don Convay and his female backing singers laugh and shout at each other in a state of joy. Great one to heat up the audience. Now the pace gets slowed down and a soulful ballad named “I don’t think I can make it” flows in gently with a three quarter beat, a beautiful organ and heart warming lead vocals that have a similar timbre like Mick Jagger or Van Morrison, who in fact always wanted to sound like black guys. It is not far from Wilson Picket’s “If you need me” in the ROLLING STONES version from 1964. Coincidence’ Probably a case of inspiration that lead to one beautiful song being released in 1977. In opposite to it’s title, “Three time loser” is a real winner. Another R&B tune that recalls the golden days of British and Irish R&B around 1964/65. This was outrageously retro at the time of it’s release, since we already had disco and electronic music hitting the charts, we had synthesizers swirling allover the place and there was rap showing up on the horizon, while in rock the punk and early heavy metal started to take over the reign from all the dinosaur progressive bands. And in between we have this album. A 1964 soundalike R&B, garage rock’n’roll monster par excellance. And you really get this idea when you listen to the next song “An ugly woman (is twice as sweet)”, which could easily have been a real stormer on any early THEM, ANIMALS and ROLLING STONES record. What is going on here’ And even with the explosive funk eruption “Yo Yo Pt. 2” Don Convay goes no further than 1969. The band goes wild and crazy on this tune and they pour even more fuel to the fire. I am floored that a band on the edge of the plastic pop decade called “the Eighties” would come up with such an old fashioned but captivating, engaging and groovy record of the handmade kind. The performance on both “Yo Yo” songs is determined, devoted and vibrant. And before you get lost in the flashing grooves of “Yo Yo Pt. 2” the band slows down to take a breath again and tells you that “Love is sweeter on the other side”, a bluesy ballad with overwhelming vocal delivery. Don Convay sounds like a white man who wants to sound like a black man, still like a cross between Mick Jagger and Van Morrison with some undefinable aspects. Anyway, his voice is just beautiful, rich, strong and charismatic whatever he does. He sings in a soft way and then erupts into shouts that speak of a wounded soul. Awesome ballad. And then comes “You can’t get something for nothing” which is garage rock that sounds more like 1968 or 69 and has a distinct CCR atmosphere. Nothing but a wicked little rocker that demands your attention and then grabs you by the heart. This is still an unexpected move although nothing would surprise the listener anymore. And to close the album what could be better than another 1960s style R&B ballad. So this is what you get. Your THEM, ANIMALS and ROLLING STONES records of 1965 have begged for a little brother for ages, here we go with a record that fell out of time when it was released, but comes shining with a timeless beauty 40 years onward. If you love your 60s music and do not mind that it was only recorded more than 10 years ahead of the golden era, this reissue on EVERLAND MUSIC will thrill you to the furthest corner of your soul.