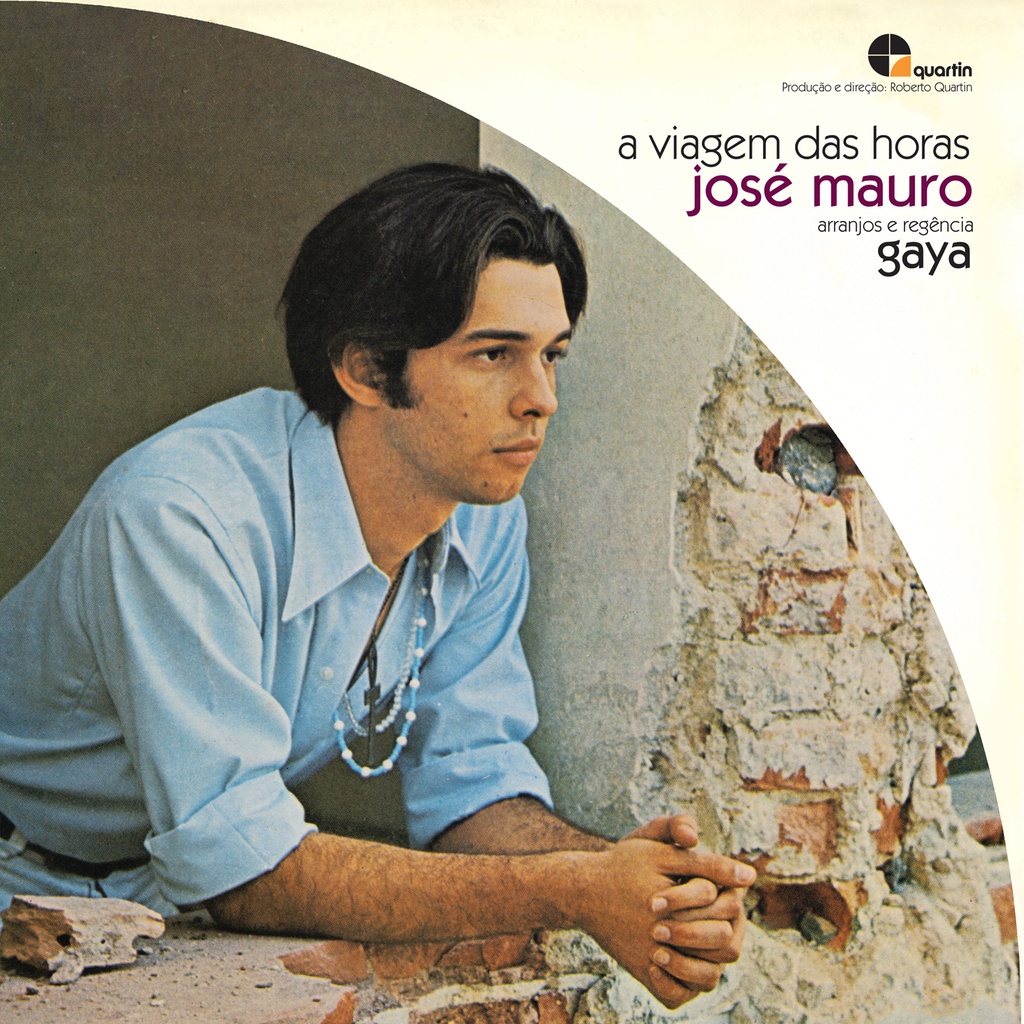 For years it was believed that José Mauro was dead. Rumours on blogs and comment sections circulated that the mysterious Brazilian genius had either been killed in a road accident, or been 'disappeared' by Brazil's military junta in the 1970s. But following Far Out's 2016 reissue of José Mauro's debut album Obnoxius, the label heard word that José Mauro is in fact alive and well, living a quiet life on the outskirts of Rio.

"My body pushed me away from music, health became a stumbling block for me. If I had the strength to carry on with composing, I would have... always focused on achieving a sense of beauty, a sense of wonder." - José Mauro

After years of trying to track him down (with many twists and turns along the way), Far Out Recordings is overjoyed to finally present, with the blessing of the man himself, the long-awaited release of José Mauro's forgotten masterpiece A Viagem Das Horas, featuring three previously unreleased and unheard tracks from the original studio sessions.

Recorded in 1970 at Odeon studios in Rio de Janeiro: the same time and place as all the music he ever recorded, José Mauro's A Viagem Das Horas wasn't released until six years later, when label owner and producer Roberto Quartin licensed the tracks to fellow Brazilian label Tapecar, who curiously released the album with several tracks already released on Obnoxius. Finally, over half a century on, A Viagem Das Horas will be released with three never before heard tracks, "Rua Dois", "Moenda'' and "Variação Sobre Um Antigo Tema", as Mauro and Quartin had originally intended.

"Finding our place in a country under a brutal dictatorship, and not believing in either civil war or fascism, we were part of a generation in transit, searching for another option." - Ana Maria Bahiana

Conceived under the gloom of Brazil's military authoritarianism, from which many artists had either fled or been exiled, José Mauro and his songwriting partner Ana Maria Bahiana, combined their shared interest in Candomblé - a syncretism of traditional West African religions and Roman Catholicism - with MPB, psychedelic folk and orchestral music. Expressing a spiritual response to the world they found themselves in, the result was a sacrosanct, post-tropical music of pure transcendence. "Finding our place in a country under a brutal dictatorship, and not believing in either civil war or fascism, we were part of a generation in transit, searching for another option."

This sense of searching and longing is present throughout the music, and the 'Viagem' (Journey) is a deeply profound one. With apparitional vocals and propulsive, open-tuning acoustic guitar, and Lindolfo Gaya's spine-tingling orchestrations soaring overhead, the music has the power to inspire in the listener an almost trance-like state of ecstasy.

Understanding Mauro's musical vision, Quartin pulled together the best team available. For an independent label at that time in Brazil, the quality of the recording and production is exceptional. Having already recorded some of the great Brazilian albums of the sixties with Deodato, Baden Powell, Quarteto Em Cy and Moacir Santos, all of whom he saw success with on his Forma Label, Quartin's friendships with some of the best musicians in Rio, as well as his access to the top studios, engineers and state of the art recording techniques, gave Mauro's idiosyncratic compositions a dazzling clarity and intimacy.

Many of the musicians who played with José Mauro would go on to become some of Brazil's most important and prolific, including Wilson Das Neves, Dom Salvador, and Ivan 'Mamao' Conti, and their raw talent in these early days is palpable throughout A Viagem Das Horas.

After 1970, Ana Maria Bahiana followed her passion for writing, working as a music and entertainment journalist, as well as editor and founder of a number of magazines. For three years she was also director of Rio's Sound and Image Museum. In 1987 she moved to Los Angeles to work as a foreign correspondent, and to date has nine published books and anthologies, in both Portuguese and English. Interestingly, she notes that while none of her lyrics were ever censored by the Brazilian government, for many years, most of the articles she wrote for independent outlets (including the Brazilian edition of Rolling Stone) were either banned or botched.

Compared to the notoriety he gained with Forma, Roberto Quartin saw little commercial success with the label named after himself. He too moved to the US where he would work (most notably) with Frank Sinatra, with whom he also became great friends.

Jose Mauro, however, stayed in Rio. "After my second album, I started working with music for theatrical plays, both as a composer and as music director, especially at Rio's prestigious Tablado Theatre School. I also devoted myself to guitar teaching, and I was very good at that. I had a long waiting list of prospective students." But before long Mauro faced health complications and was forced to stop playing music altogether. "My body pushed me away from music, health became a stumbling block for me. If I had the strength to carry on with composing, I would have... always focused on achieving a sense of beauty, a sense of wonder."

It's too tempting to think of what could have been, had José Mauro been able to continue making music. But what he achieved in those few sessions in 1970, with the help of Roberto Quartin, Ana Maria Bahiana, Lindolfo Gaya and the musicians and studio engineers, stands alongside some of the great works by Brazil's most celebrated artists. Over half a century since it was created, José Mauro's music has lost none of its power to totally mesmerise and bewitch.

A Viagem Das Horas will be released on vinyl LP, CD and digitally on the 28th May 2021, via Far Out Recordings.

All songs composed by José Mauro and Ana Maria Bahiana

Other releases in the Quartin series: