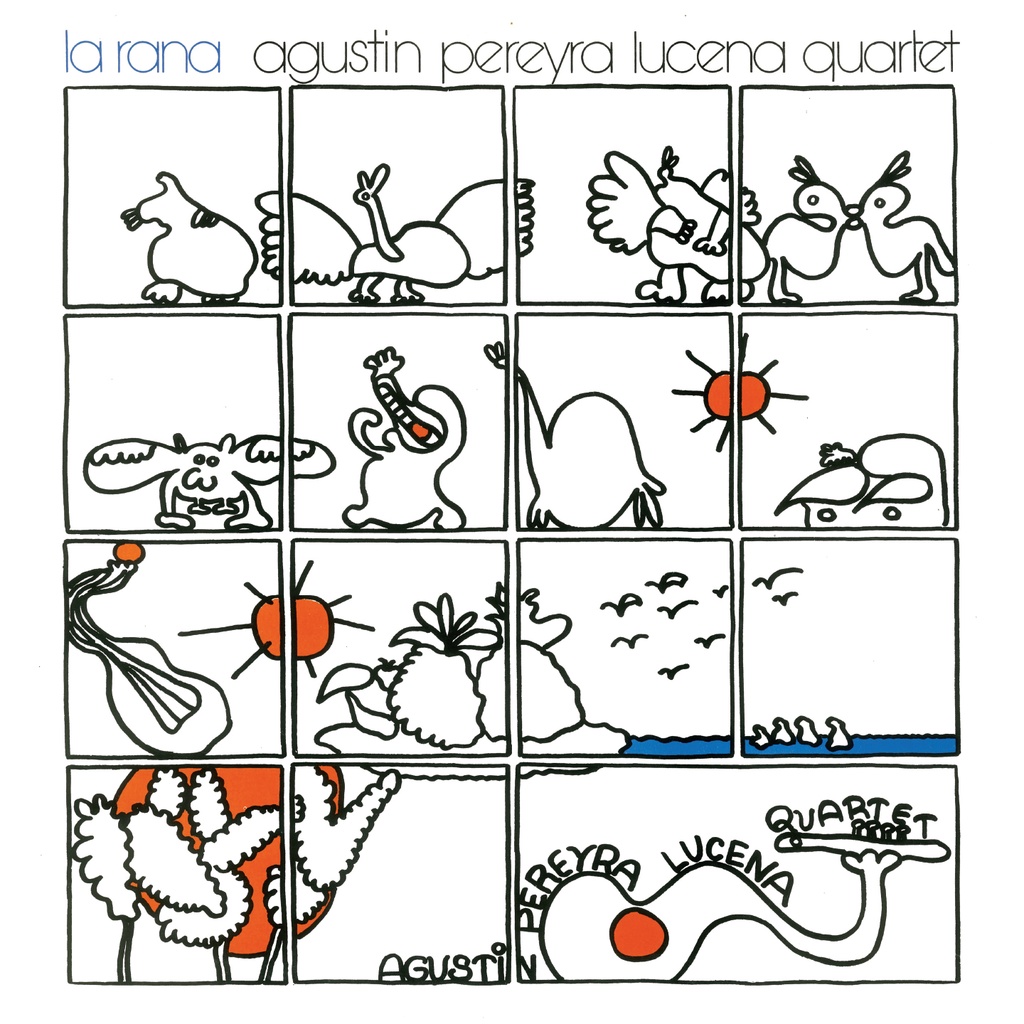 Forming the rest of the quartet are two fellow Argentinians who were also Agustin’s bandmates from the group Candeias: bassist and multi-instrumentalist Guillermo Reuter and flautist Ruben Izarrualde; with Norweigan drummer Finn Sletten on drums and percussion.

Throughout La Rana we hear not only Agustín’s fabled guitar playing, which ascended him to share stages with the likes of Vinicius de Moraes, Dorival Cayymi, Toquinho, Maria Bethania, Chico Buarque and Quarteto Em Cy, but also his talent as a vocalist. He also provided the heartening illustration for the cover art, which perfectly fits the cordial, inviting tone of the music. Inspired in equal measure by South American rhythms and Norweigan glaciers, mountains and waterfalls, La Rana is filled with the warmth, humility and sincerity of a man seizing a joyful moment in life through music.