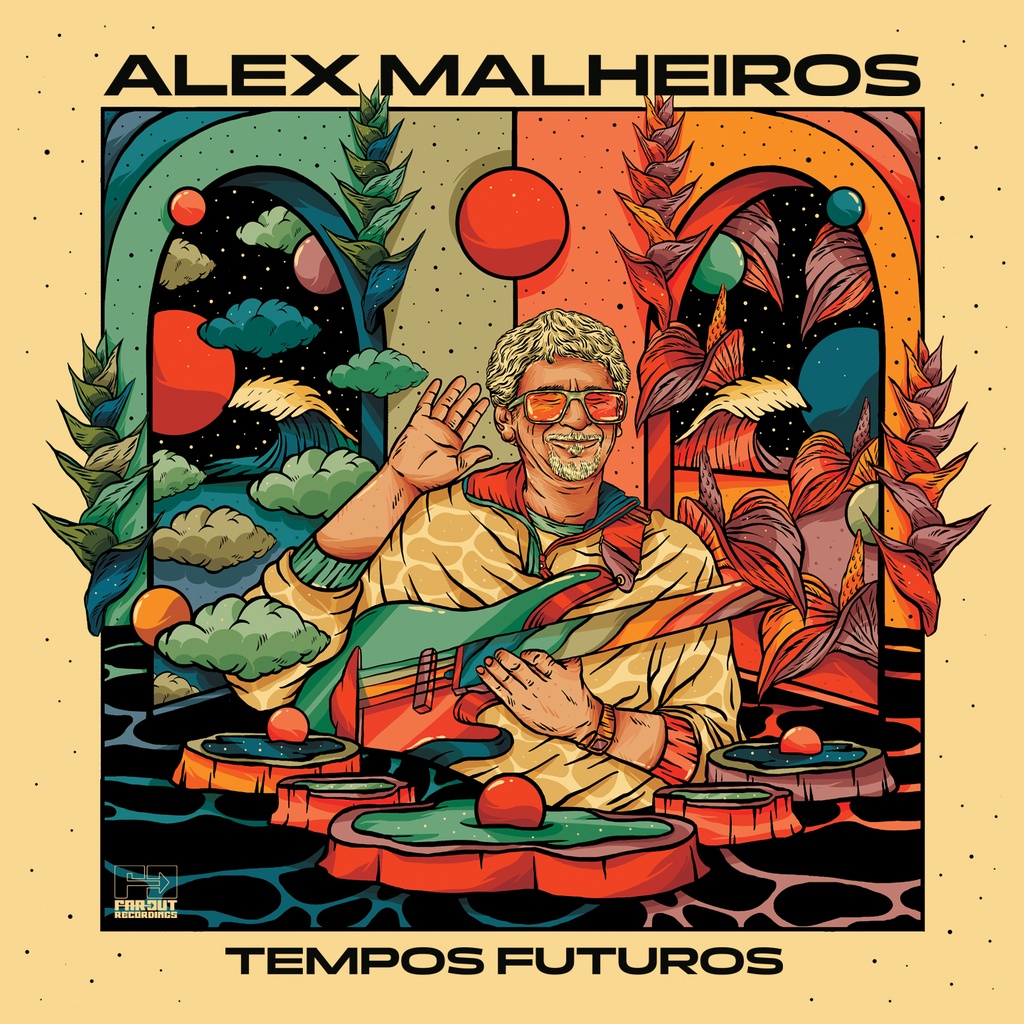 A1 The Razor's Edge

A5 Requiem For A Storm

Stargazing from the sands of the Niterói beach, Tempos Futuros is low-end-led Brazilian futurism from one of Brazil’s most prolific and influential bassmen. As one third of legendary trio Azymuth, Alex Malheiros has pioneered a unique fusion of space-funk, samba and jazz since the early seventies. His playing can be heard on the records of Jorge Ben, Milton Nascimento, Roberto Carlos, Marcos Valle, and Mark Murphy (to name a few), and he’s performed and toured with everyone from Stevie Wonder to Chick Corea.

Written and recorded in Niterói, Brazil, overlooking Guanabara and the beaches, mountains and forests of Rio de Janeiro, Tempos Futuros has deep roots in Brazilian soil. The rhythms of Malheiros’ homeland have always permeated his music. But just like the Oscar Niemeyer designed Niterói Contemporary Art Museum which stands spaceship-like over the water, Tempos Futuros - while inspired by terrestrial forms, reaches out, deep into the great unknown.

Produced by acclaimed London-based producer Daniel Maunick, who has worked with Marcos Valle, Azymuth, Terry Callier, and Ivan Conti, the funk comes full circle. Daniel’s father Jean-Paul “Bluey” Maunick and Alex Malheiros shared a reciprocal stream of influence throughout the 80s, between London and Rio; Azymuth and Incognito; brit-funk and samba-funk. But just as with Azymuth’s music, you can also hear the influence of stateside jazz-funk masters like Roy Ayers, Weather Report, Lonnie Liston Smith, Mtume and Pleasure.