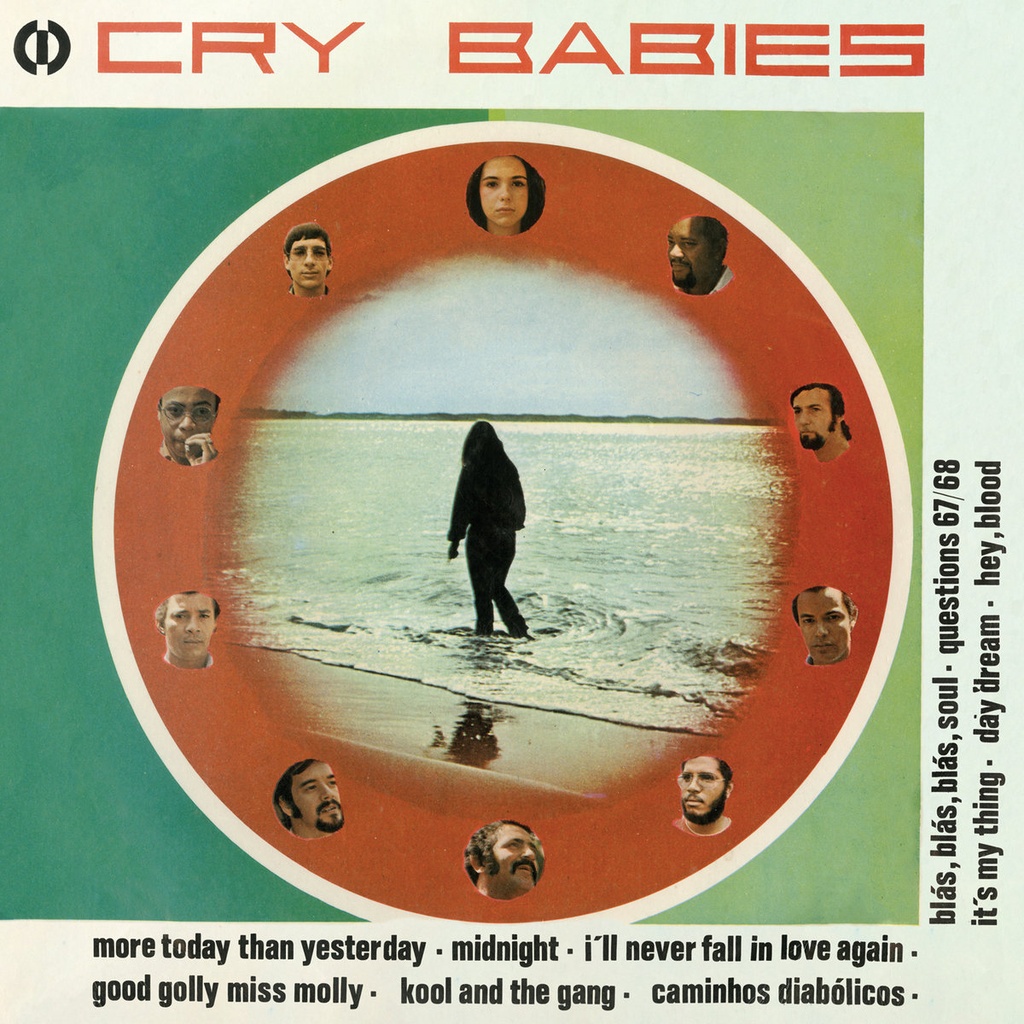 A2 Kool And The Gang

B2 More Today Than Yesterday

Far Out Recordings proudly presents Cry Babies’ self-titled debut album from 1969. An early formation of Brazilian funk greats Banda Black Rio, Cry Babies took inspiration from the iconic US soul records of James Brown, The Isley Brothers and Kool & The Gang, all of whom are covered on their first and only album. Pioneering Brazil’s funk fascination, Cry Babies paved the way for the likes of Jorge Ben, Dom Salvador, Trio Mocotó and Azymuth: with fat funky drum breaks, big round bass, touches of psychedelic Brazilian surf, and the kind of hazy soulful arrangements that could only emerge from Rio de Janeiro.

Produced by one of Brazil’s most prolific musical minds, Durval Ferreira - whose song writing and production credits also include Sergio Mendes, Deodato, Emilio Santiago, Ed Lincoln, Joao Bosco, Quarteto Em Cy and Dila - the Cry Babies sound, while distinctly North American in influence, carries all the sunshine warmth of the samba jazz and bossa nova records that were coming out of Brazil at the time.

With saxophonist Oberdan Magalhães responsible for the album’s arrangements, it’s no surprise that when Warner Music established themselves in Brazil in the mid-seventies, Magalhães was the man they asked to form a group (Banda Black Rio) to develop this new merging of stateside soul and Brazilian influences. Yet while Banda Black Rio’s tight, groove-heavy sound has awarded them cult status amongst lovers of instrumental Brazilian music, their first formation as Cry Babies is a lesser-known story. Since its first and only release, the original record has remained impossibly expensive and hard to find.

Set for its first ever vinyl reissue, Cry Babies has been remastered and pressed to 180g vinyl, with a high-quality replica sleeve, and will be available via Far Out Recordings from 31st January 2020.