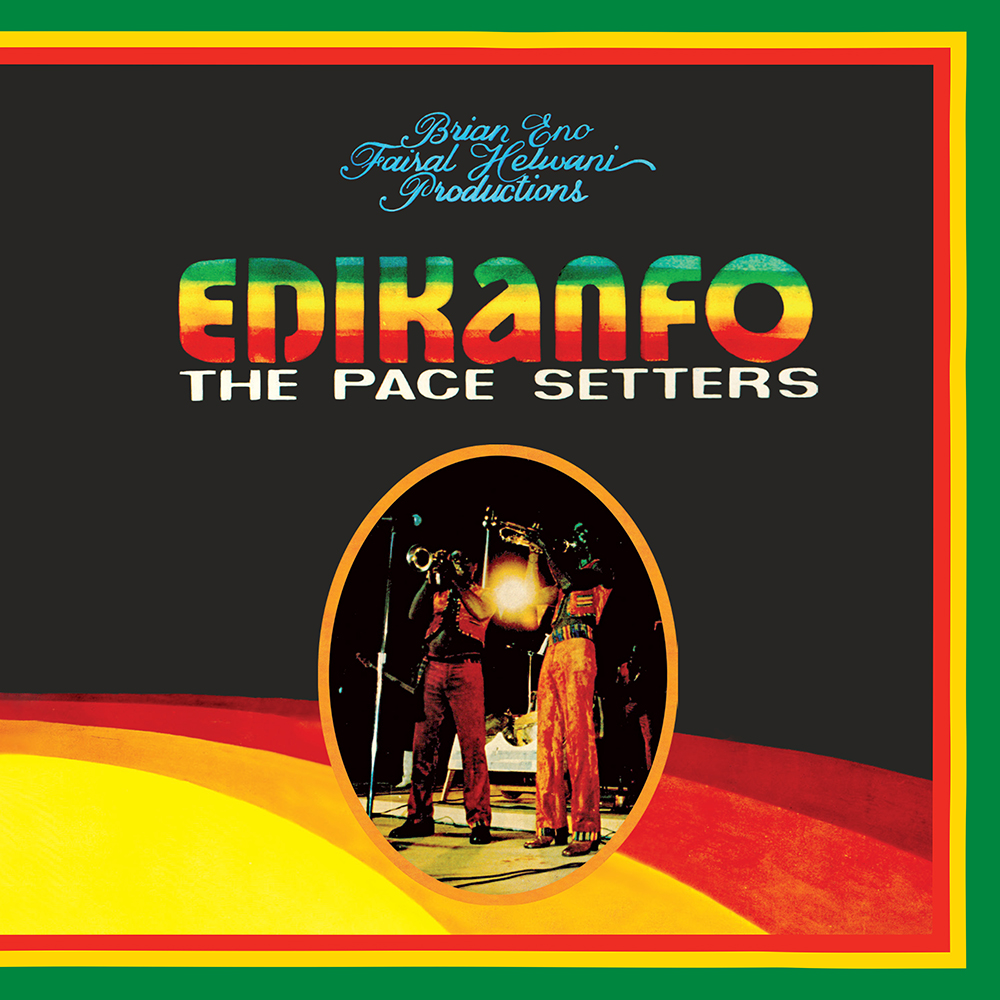 The first-ever reissue of the classic 1981 debut album from this much revered Ghanaian band. Vibrantly produced by British sound explorer Brian Eno in Accra, Ghana.

In 1981, London based E.G. Records released the debut album from a young Ghanaian group called Edikanfo. The eight-piece band was the last group to be managed by Faisal Helwani, a charismatic impresario who was based at the popular Napoleon Club in Osu, a suburb in Ghana’s teeming capital Accra. Edikanfo quickly rose to international notoriety following the release of “The Pace Setters” because of the infectious, forward-looking highlife meets afro-funk synthesis the band committed to tape. But the album also caught an additional wind of publicity due to its producer, the already legendary British musician and sound conceptualist Brian Eno. During that time, Eno was researching and openly propagating West African musics. He often mentioned his love of Fela Kuti and called his own rhythm driven experiments the search for a “vision of a psychedelic Africa.” He had recently been collaborating with The Talking Heads on their Avant-funk masterpiece “Remain in Light” and with The Talking Heads front man David Byrne on “My Life in the Bush of Ghosts,” an album which foretold the sort of cross-pollination and global music interconnectivity that today we take for granted. Eno and Edikanfo’s work together at Studio One in Accra (Ghana) was yet another inspired morphing of soundworlds and processes and a significant touchstone for both artists.

But just when the sky seemed the limit for Edikanfo, the coup d’état in Ghana on the last day of 1981, tragically put the brakes on the band’s quickly developing fortunes. For years after that, the country endured enforced curfews at night, which of course ultimately gutted the live music scene in Accra and elsewhere. Because of this and other financial setbacks, the band ceased activity and its members spread out in exile, all over the world. It clearly seemed as though the story of Edikanfo, one of Ghana’s greatest bands of that era, had come to a premature end.

Now, almost four decades later, Edikanfo has returned. And with its surviving members gearing up to reissue and tour their classic 1981 album, “The Pace Setters,” the band is once again excitedly pointed towards the future.