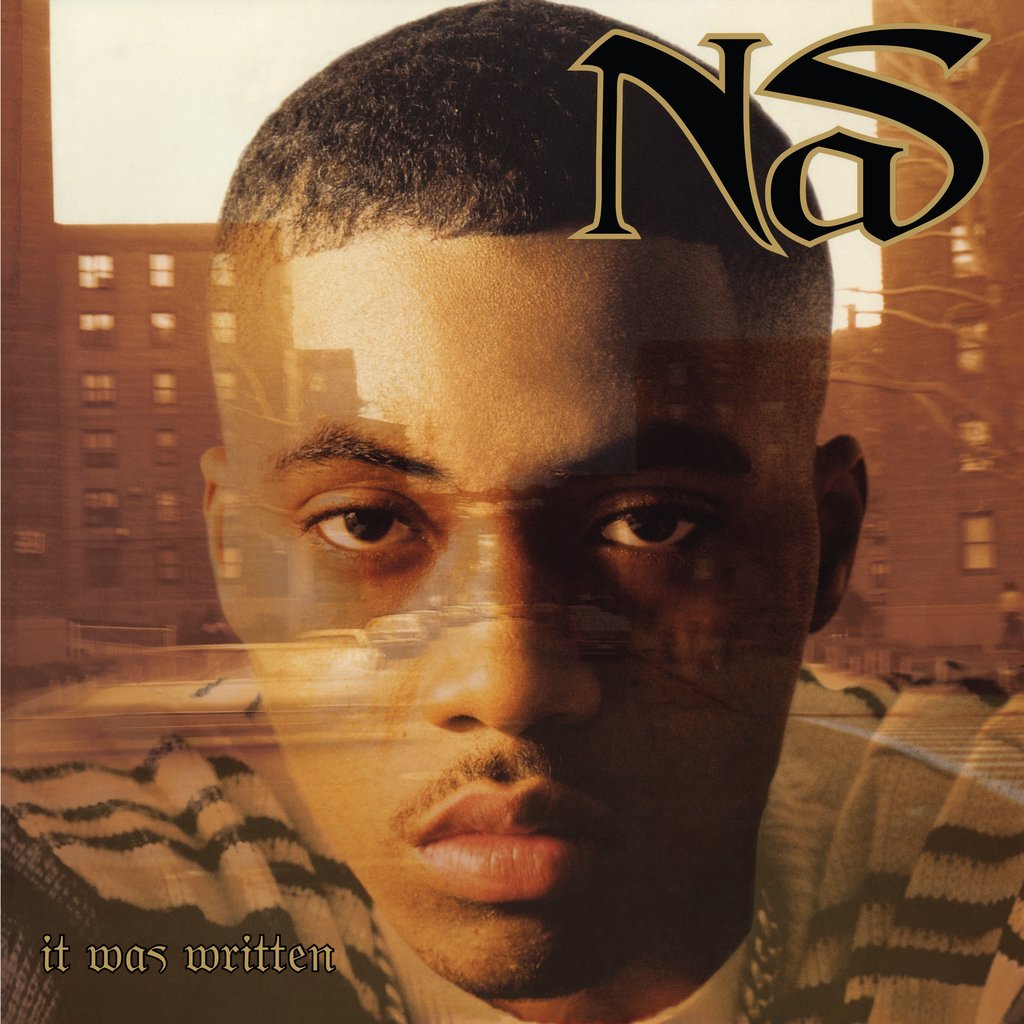 Nas, It Was Written

Illmatic, the 1994 studio debut of Nasir "Nas" Jones, was more than just a critical success for the Queensbridge-based rapper. At a time when East Coast hip-hop was increasingly being taken less seriously than their West Coast counterparts, Illmatic's raw jazz and soul-based production, dire atmosphere and lyrics, coupled with Nas' uncompromising flow was integral in restoring interest in the East Coast as a hotbed of hip-hop artistry. Along with key releases from Wu-Tang Clan and Notorious B.I.G.,it shifted attention away from the funky, dayglo synth-based G-funk coming out of California and back to the grimy streets of New York. After such an unprecedented debut record, expectations were understandably high for Nas' follow-up.

What came next threw critics and fans for a loop, but was no less influential than Illmatic, and would become the most commercially successful album in the entirety of Nas' discography. The 1996 sophomore follow-up was titled It Was Written, and in contrast to the urban bleakness of his debut, had Nas dipping his toes into the world of mafioso rap. Amidst production from heavy hitters like Trackmasters, Dr. Dre, L.E.S., Havoc of Mobb Deep, and Illmatic-collaborator DJ Premier, among others, Nas weaves evocative narratives of gang warfare, downtrodden neighborhoods, drug deals gone awry, and gangsta triumph, against a backdrop of samples from Sam Cooke, Etta James, the Isley Brothers, and even Chuck Mangione.

It Was Written was not hard up for top-tier guests either, featuring major guest turns from Lauryn Hill and Joel "JoJo" Hailey of K-Ci & JoJo. It also introduced the world to The Firm, the brief Nas-led supergroup featuring rappers AZ, Foxy Brown, and Cormega. It even managed to cause some minor controversy in the hip-hop community for its collaboration with West Coast producer Dr. Dre, at a time when the East Coast/West Coast rap feud was reaching a fever pitch, briefly attracting the ire of one Tupac Shakur.

Not only was It Was Written received warmly by critics, but became a major commercial success, reaching the top of the Billboard 200 charts, reaching platinum sales status four times, and alongside albums like Raekwon's Only Built 4 Cuban Linx, helped usher in the era of mafioso rap in the mainstream. It rendered chart hits out of singles like the Eurhythmics-mimicking "Street Dreams", and the Grammy-nominated "If I Ruled The World (Imagine That)", and proved to be a major influence on artists like Kendrick Lamar, Lupe Fiasco, and many more.