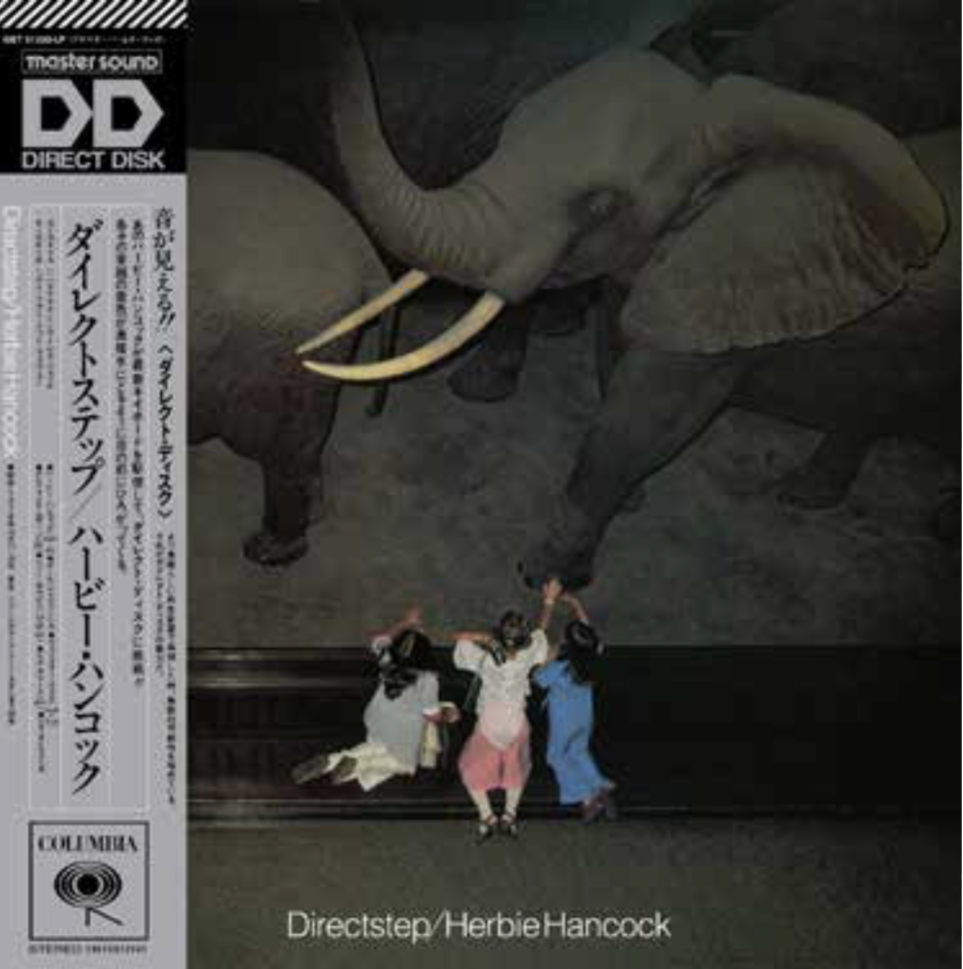 B. I Thought It Was You

Throughout the mid-to-late 1970s, legendary jazz pianist and composer Herbie Hancock engaged in a prolonged period of experimentation across sounds and recording formats, over the course of several CBS/Sony albums, made only available in Japan. 1979's Directstep was one such album, one that made use of a new form of recording technology called "Direct-To-Disc." This method recorded masters in real time to acetate discs, rendering incredibly high fidelity LP pressings, but sacrificing the ability to edit or overdub. A distinct challenge, but one that Hancock accepted, entering Tokyo's CBS/Sony Studios in mid-October of 1978 with a stacked backing band including session veterans Bennie Maupin on saxophone, Ray Obiedo on guitar, Webster Lewis on keys and synths, Paul Jackson on bass, Alphonse Mouzon on drums, and Bill Summers on percussion. This group of seasoned pros were intent on having a record in one take.

Directstep marked a lot of firsts for Hancock, chief among them was that it was one of his earliest recordings to feature a second synthesizer player (Webster Lewis), which was necessary to produce the electronic textures he'd been previously experimenting with on albums like 1974's Dedication. It was also the first one in Hancock's catalogue to make extensive use of the Sennheiser Vocoder, which would become a key part of his arsenal during his electro-funk period during the 1980s. The album also stands out as one of the earliest analog recordings to be converted into digital format and released on compact disc.

Beyond all the technological achievements on Directstep though, is simply an incredibly solid collection of Herbie Hancock material, mid-transition between his success with jazz-funk fusion into his electronic-focused period. It features stirring remakes of Hancock staples "Butterfly" and "I Thought It Was You", as well as brand new track "Shiftless Shuffle", incorporating brand new electronic instrument technology such as the electronic wind instrument the Lyricon, the freshly released Propet-5 synthesizer, and of course the aforementioned Sennheiser Vocoder. Get On Down is proud to present this reissue of Directstep, a gem of jazz-fusion, available on vinyl for the first time in 30 years!