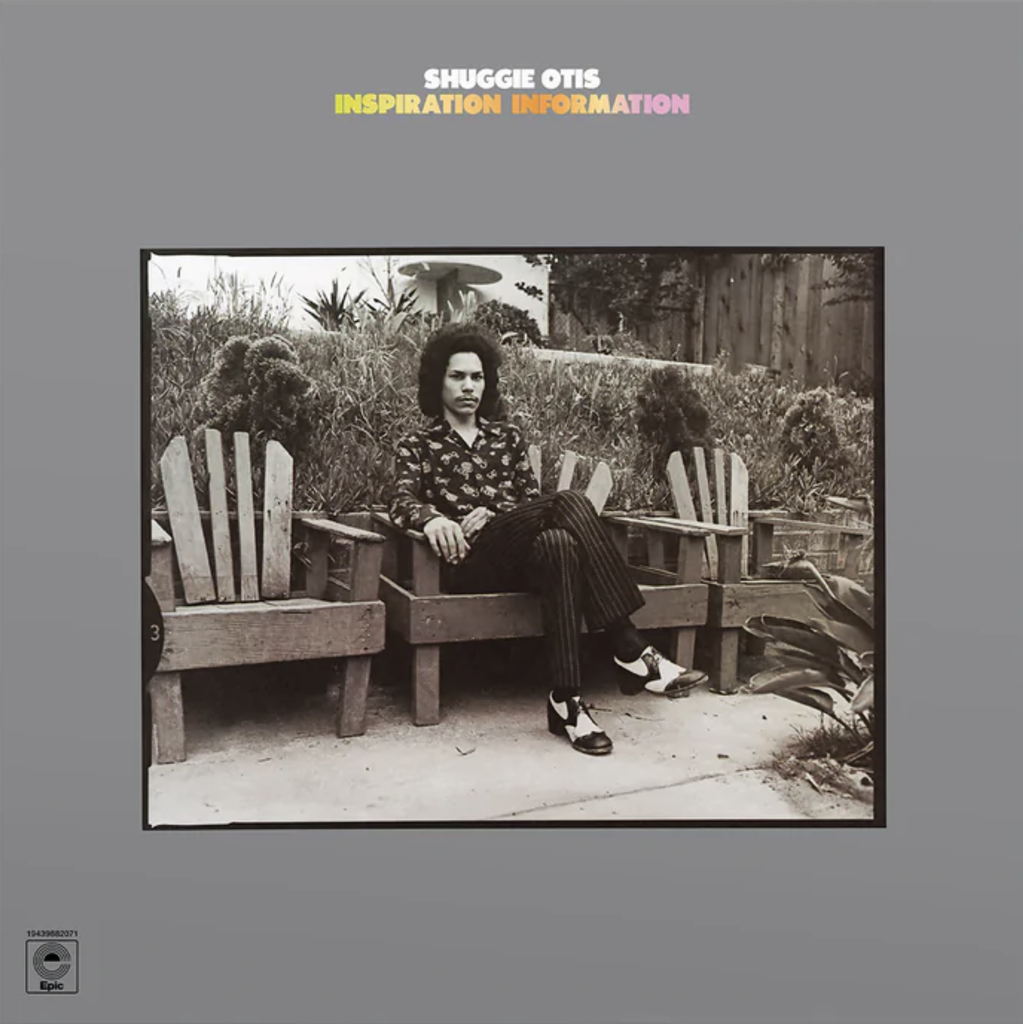 A1 Inspiration Information
A2 Island Letter
A3 Sparkle City
A4 Aht Uh Mi Hed
B1 Happy House
B2 Rainy Day
B3 XL-30
B4 Pling!
B5 Not Available

Inspiration Information, Shuggie Otis's 3rd studio album was released in 1974 after three years of work, and the soulful psychedelic cuts have an electric funk that was ahead of its time thanks to Shuggie's early use of drum machines, woven among the jazzy sounds of a full band of traditional instrumentation.

Well before Shuggie Otis (Born Johnny Alexander Veliotes, Jr.) cut his debut album, musicianship and performance had long been a part of his life. The son of rhythm and blues legend Johnny Otis, Shuggie learned to play guitar as early as the age of two, and performed professionally with his father's band at eleven. Throughout his long and illustrious career he'd performed on records for the likes of Frank Zappa, Al Kooper, Etta James, and George Duke, to name a few. In spite of all this, widespread mainstream success eluded Shuggie for much of his early career, though he'd later pen the Brothers Johnson hit "Strawberry Letter 23".

Despite never managing a great amount of commercial success upon its release, Shuggie Otis' third album Inspiration Information was a critical smash decades after its release, and has maintained a level of cult status normally reserved for mysterious, unearthed legends like Sixto Rodriguez or Lee Fields. Inspiration Information was noteworthy among Shuggie's other releases, as it was the only one produced entirely by himself, as opposed to his father Johnny Otis. Shuggie's signature blend of baroque funk is on full display, but with a heavy dosage of psychedelic soul blended in, resulting in an album that's equally swarthy, lush, funky, and emotional. Gathering all the best bits of Marvin Gaye, Love, Miles Davis, and even Os Mutantes, Inspiration Information is more than worthy of the acclaim awarded to it.