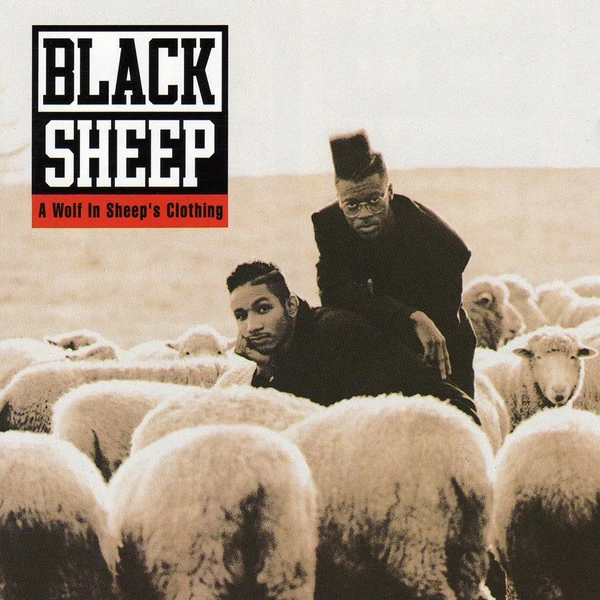 Get on Down is proud to present A Wolf in Sheep’s Clothing, the debut album by Black Sheep, available for the first time ever as double vinyl release. On the initial release of this classic it was “The Choice Is Yours” that blew the roof off with even the most of novice rap fans gravitating to the song’s energy. The cut has gone on to be featured in a long list of films and commercials (including the KIA campaign with the hip hop hamsters).

Singles like “The Choice Is Yours” and “Flavor of the Month” made a perfect landing strip for those to delve deeper into the duo’s debut. Often humorous (“Strobelite Honey”), often serious (“Black with No N.V (No Vision)”, Black Sheep were able to craft an album that displayed their witty sensibilities while also staying conscious in true Native Tongue form. From the moment the album starts with Prince Paul introducing the “lowlifes of the family tree” you know you are in for something special...and different. Mista Lawnge’s production is every bit as textured as fellow counter parts Tribe or De La, while standing out as being completely original and fresh. Tracks like “Butt in the Meantime”, “Try Counting Sheep” and “La Menage (Featuring Q Tip)” are great examples of the duo’s original style - complex layered beats (everything from Jazz, Soul and Rock all meshed together perfectly) to compliment Dres’ distinct voice and word play. With other standout album cuts like “For Those That Slept” and “To Who It May Concern” it seemed as if they had an endless bag of treats, each offering something different while preserving the groups style.

Polar opposite to what other groups at the time were doing, Black Sheep hit a homerun with their debut that few hip hop acts would ever reach. VH1 called “The Choice Is Yours” one of the Top 100 Hip Hop tracks of all time and with not one bad or filler track, this full album certainly ranks as one of the best hip hop releases of the 90s.