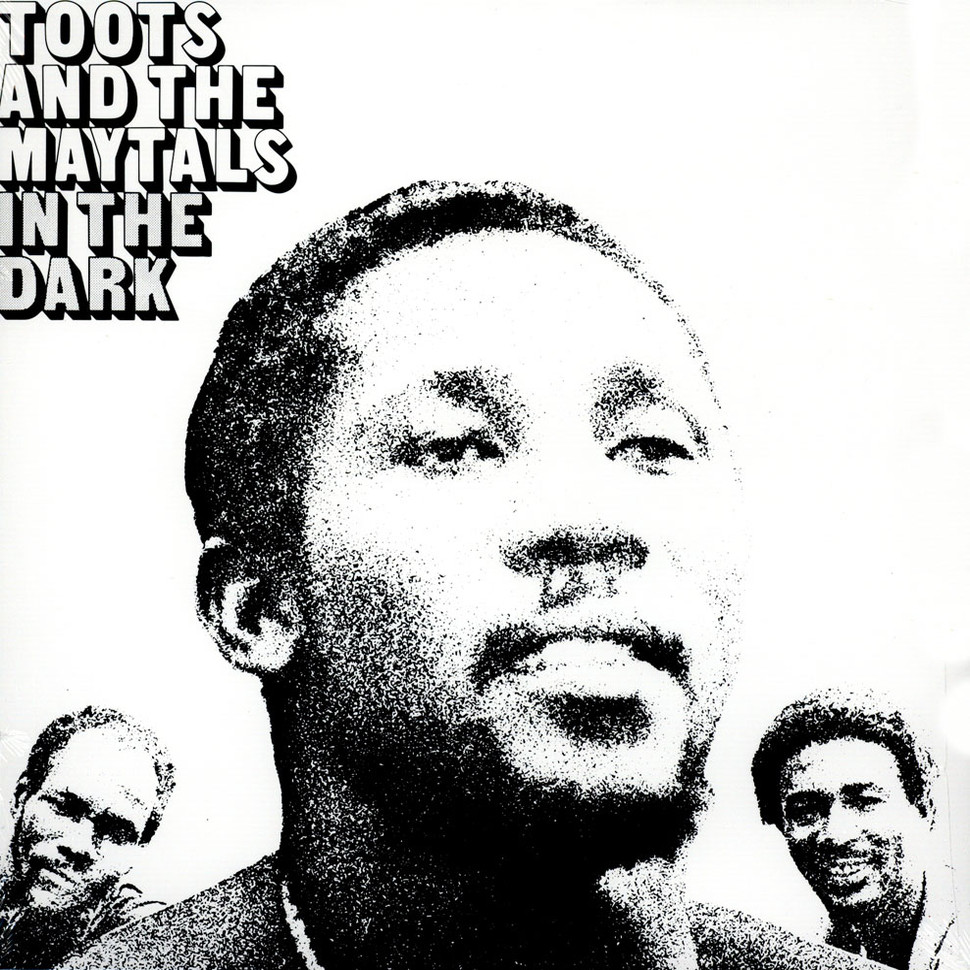 Toots And The Maytals, In The Dark

A1 Got To Be There

A2 In The Dark

A3 Having A Party

A6 Take A Look In The Mirror

B1 Take Me Home Country Roads

B3 Love Gonna Walk Out On Me

Toots & The Maytals' long and storied musical career spans all the way back to the dawn of ska. The group are not only key figures in the development reggae, they were among the first to utilize the word in a song title which lead to the popularization of the very term reggae.

In The Dark is the group's second internationally released full length, the follow up to Funky Kingston. Like Funky Kingston, this release is in the pantheon of the greatest reggae albums of all time. Sure, that's not an official list, but you know it when you hear it. In addition to stand out cuts like the James Brown influenced "54-46 Was My Number" that had previously been issued as singles the group recorded all new material at Dynamic Sounds Studios in Kingston. One of those cuts is perhaps the most unique reggae covers of an American hit record. Reggae already had a storied history of Jamaican artist covering American R&B hits. But Toots & The Maytals went where others hadn't with a cover of John Denver's "Take Me Home, Country Roads." If you're only familiar with the original, well let's just say Toots Hibbert's beyond soulful vocals may make you forget you ever heard that other version of the song.