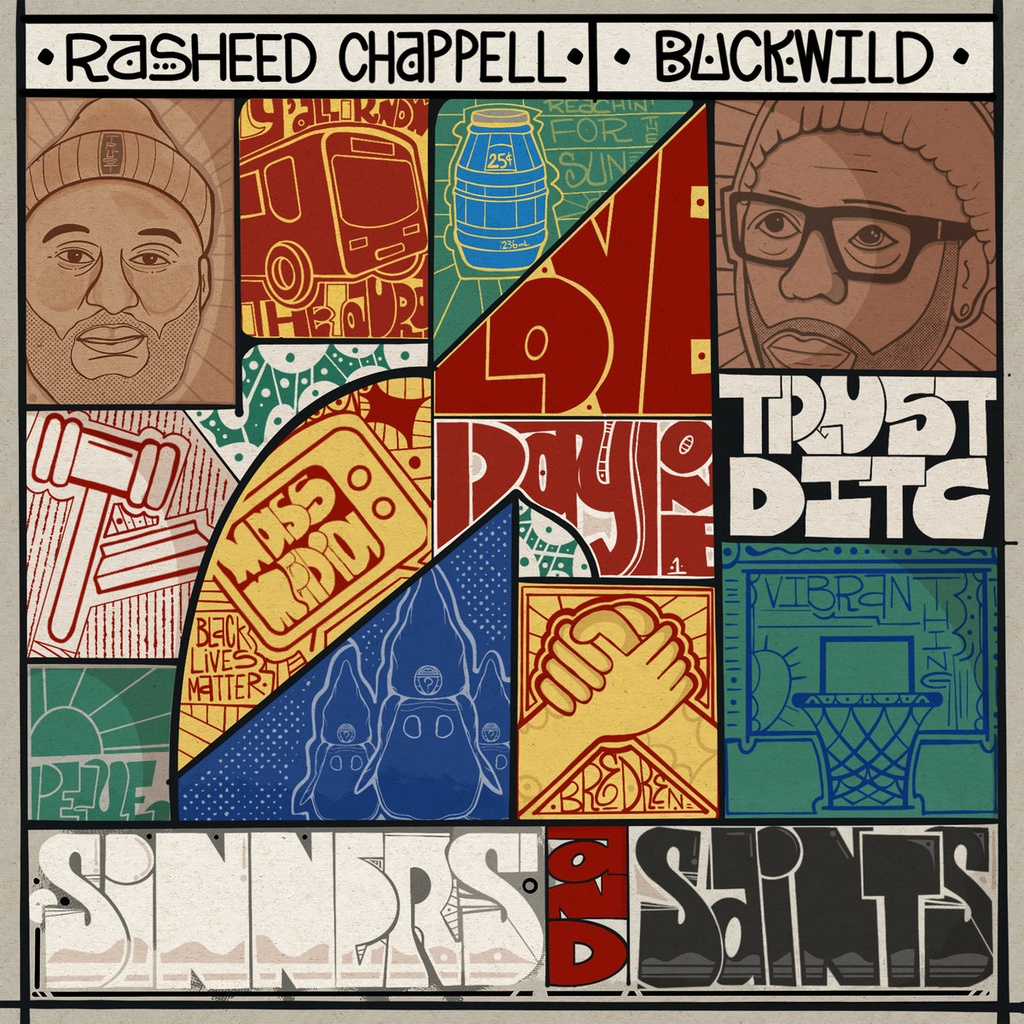 B4. The Blue Hood

“When we decided to do an album, we didn’t want to do just a beats and rhyme album, but something more conceptual. The times we’re living in gave me the idea of tackling the idea of what’s a sinner and what’s a saint.” — Rasheed Chappell on his new album with producer Buckwild, Sinners & Saints

On their ambitious collaboration, New York rap heavyweights Rasheed Chappell & Buckwild have perfectly captured the stress and tension, but also faint sense of the hope, of what it means to be a sinner or a saint. In just 11 tracks, Sinners & Saints plays like an audio documentary series filled with expertly crafted beats and rhymes. When the two sat down to work together, Rasheed says that they only knew that they “wanted to address the now, the past, and the potential future.” And upon receiving the first batch of beats from Buck—the D.I.T.C. producer with decades of acclaimed work to his name—the NY emcee used a majority of them and knew immediately what they were doing.

“My goal was simple: don’t try to recreate anything they have done, just create something that no one else can do, which is to be me,” Rasheed says. Buck echoed that sentiment when he talked about the record in a documentary, in which he expressed his excitement to work with not just a talented rapper, but a skilled artist. “Being an artist is just as important as putting two words together to rhyme,” Buck explained. That high level of artistry, from everyone involved, is what makes Sinners & Saints so impactful. Not just anyone could pull off a track as stirring as “The Blue Hood,” in which Rasheed plays the role of a racist, corrupt police officer over Buck’s harrowing production. The same goes for “Rock Bottom” where he and Ransom sound off about life’s low points, and “Bredren,” a speaker-knocking middle-finger in musical form featuring Planet Asia. There’s just so much to love about what these two have created with Sinners & Saints, a project that sounds like if 2020 was a hip-hop album. And if things do truly get better as we move into 2021, there’s no better anthem than “Black Owned,” a powerful anthem for Rasheed, Buck, and everyone listening.

• Mixed & Mastered by The Arcitype

• Label: Get On Down Records