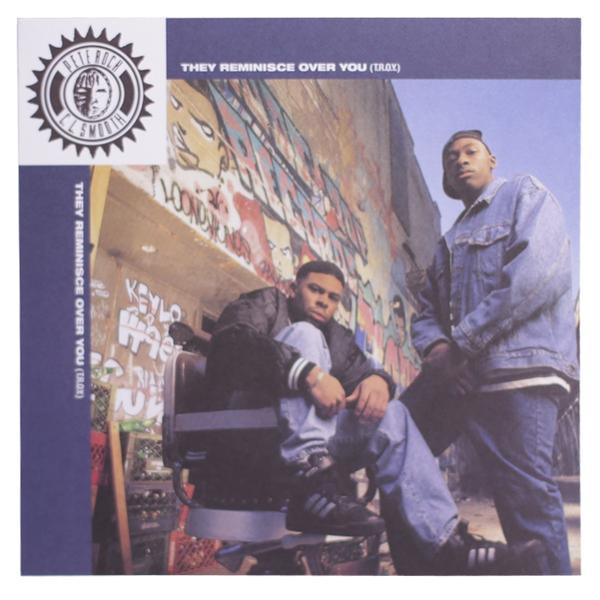 Pete Rock & CL Smooth, T.R.O.Y. (They Reminisce Over You)/Straighten It Out

They Reminisce Over You (T.R.O.Y)

“Only a few people have ever changed the way that records are made. Pete Rock is one of them,” veteran hip-hop A&R man and producer Dante Ross told Brian Coleman in the book Check the Technique Vol 1. “People like Pete change the sound palette for the whole world. He had a signature sound, and that’s so hard to get.” It is a tall boast, but it’s backed up two different ways: by fans of the group from back in the ‘90s who knocked each other over in record stores to get the latest Pete Rock production; and by record buyers today, who still hear the same freshness in the group’s sound that people did more than two decades ago.

These two songs are taken from the group’s legendary first full-length from 1992, Mecca & The Soul Brother. Originally, both were their own 12-inch singles, but for this special, first-time-ever 7-Inch release, they are paired together. “They Reminisce Over You” – a tribute to their late friend Trouble T-Roy (a member of Heavy D’s crew) – is one of the most beloved hip-hop tracks of the ‘90s, and rightfully so. Grooving very deeply over a filtered bassline and a now-ingrained Tom Scott saxophone riff (“Today”), CL Smooth lives up to his moniker, weaving various tales and lessons about family and friends.

His status as a storytelling MC remains underrated, but here it remains proudly on display. “Straighten It Out,” although not the runaway smash that “They Reminisce” was, is equally emotional and soulful. Again over a mid-tempo groove, and again with Pete’s trademark warm horn samples, CL explained in Check the Technique, “On [part of] the song, I was talking about sampling, and I was basically reacting to how everything was such a procedure when you had to clear stuff.

They didn’t seem to care about how their music affected anyone else, they just wanted money.

So it was just something that needed to be straightened out. Older artists thought that us younger cats were ripping them off, but it wasn’t like that. It was a tribute.” So here’s the math: one classic hip-hop group, two memorable singles, one killer 7-Inch.