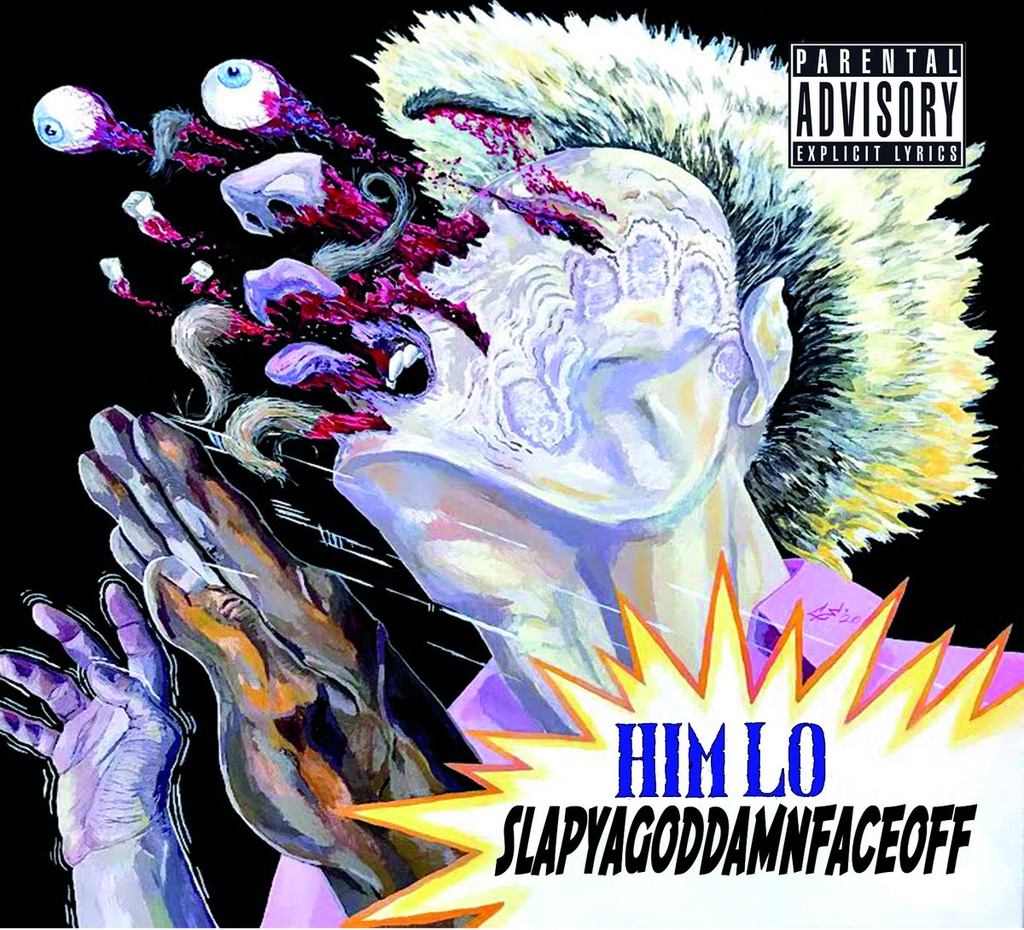 04. Quality Fabricz (prod. by Lex Boogie From The Bronx)

06. Laminated Passport Photoz (prod. by Lex Boogie From The Bronx)

Once again Him Lo returns with more fire for your ears!!! Releasing his 3rd solo project in just over a year, he's providing his listeners and supporters with the same ingredients they've come to love and expect (gritty n raw lyrics cheffed up, and poured over hardcore beatz). This time SLAPYAGODDAMFACEOFF A mixture of Brand new tracks and a few older rarities that may have been heard by long time supporters. FACE SLAPPIN' Vicious Verses laid over beats from a plethora of hard hitting producers such as BLOCKHEAD, Nicholas Craven,Sadhu Gold, CLAYMORE, Lex Boogie, WIK101, HIM LO himself and more. With feature vocals limited to that of his BUZE BRUVAZ partner in rhyme, Clever One and one of the Greatest Rappers of All time, the Legendary Kool G Rap!! Grab ya'self a cold one, pour ya'self a shot, roll some'n up n get'cha mind right for some sinister street talk and incredible fly shit!!!