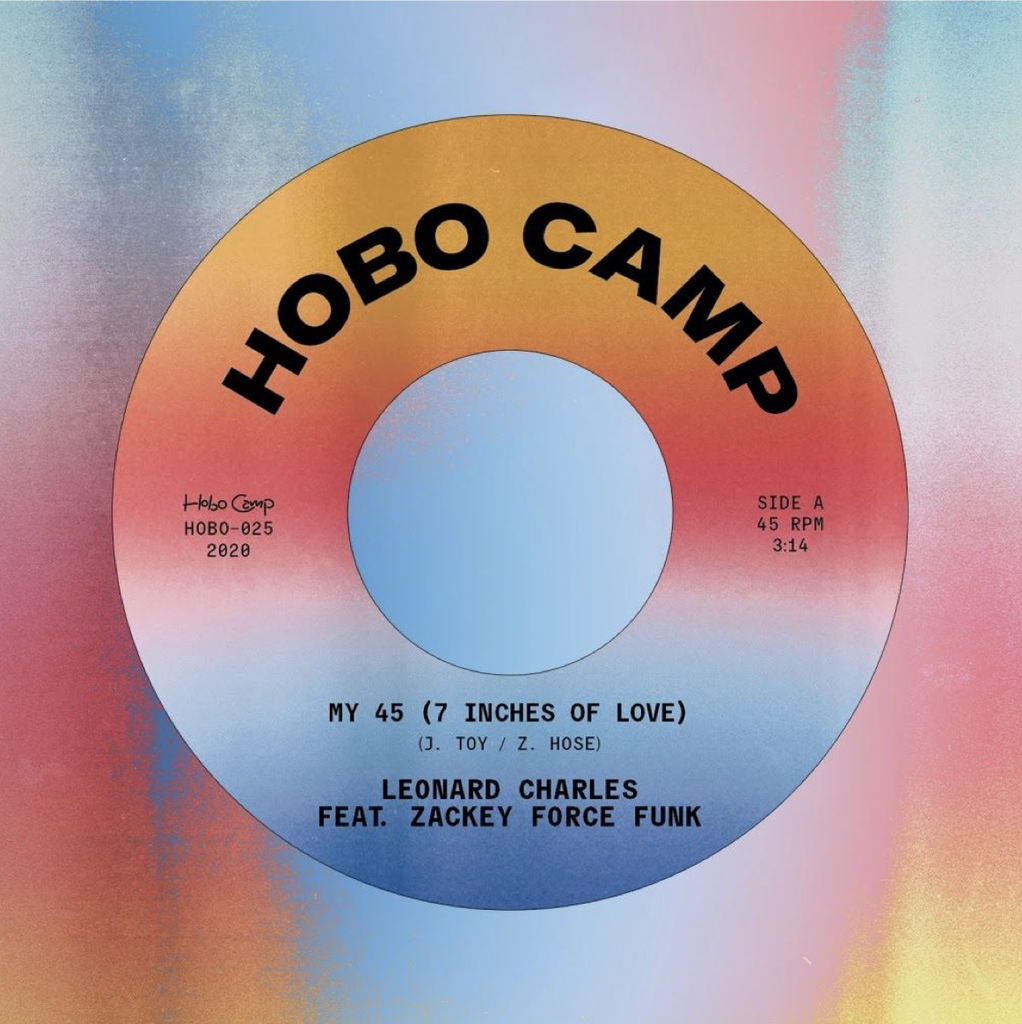 - Plays well to record collectors with the "My 45" motif, also to gangsta/hip hop culture with the gun motif, also a sexual motif in there too.

- Both tracks are great for the dancefloor and two different tempos. Leonard Charles also produced an album for Guilty Simpson / Stones Throw

New Zealand producer Leonard Charles’ initial offering on Hobo Camp Records is a funk affair to shake and dominate dancefloors and sound-systems worldwide. The A Side, “My 45 (7 Inches Of Love)” featuring Long Beach-via-Tuscon transplant Zackey Force Funk have created the ultimate sexual gangster/collector anthem immortalizing 45 culture with a triple entendre to please the boogie and soul crowds. The B Side “Selector” pushes up the pace with a SOCA and West-Indies style guitar + drum machine workout, overflow with pulsing disco rhythms.

Jeremy Toy aka Leonard has been a music producer since 2001 when he purchased his first sampler, the AKAI MPC2000. As a producer

Jeremy Toy has had music released on Jakarta Records, Hit + Run, Compost, Wonderful Noise and his own private press label From The Crate Records. You can hear Jeremy Toy’s sampling/audio work in the DAW Ableton Live10 as he contributed electric keyboards and samples to the DAW.