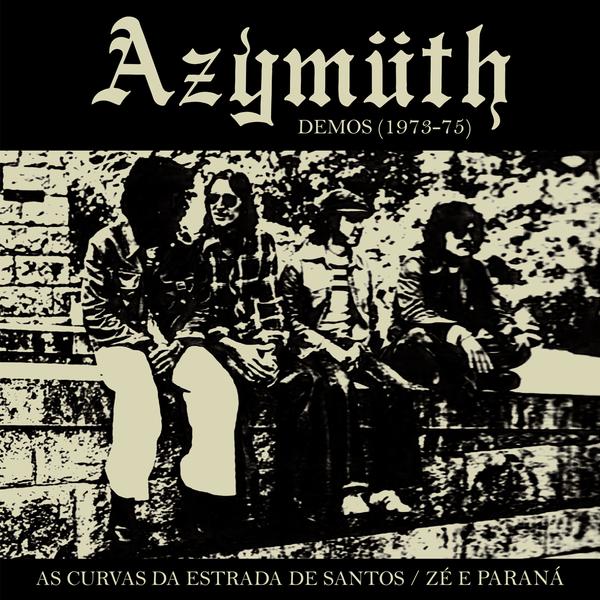 Following 2019’s release of Azymuth’s Demos (1973-75), two more home-recorded demo tracks by the Brazilian psychedelic jazz-funk masters have surfaced from a tape in drummer Ivan Conti’s private archive. These five-decade old recordings by the young band show the maturity, musicianship and distinctive style that saw Azymuth become one of the most important groups in Brazilian history.

As is the case with many of Brazil’s most well-known artists, Roberto Carlos had been backed by Bertrami, Malheiros and Conti either on stage, in the studio, or with compositions (in Bertami’s case) since the late sixties. Conti notes that “As Curvas da Estrada de Santos” was a big hit in Brazil when it came out in ’69 and had already been covered by Elis Regina a year later.

As the title suggests, “Zé e Paraná” is guitarist João Américo (Paraná) playing alongside Bertami’s Rhodes comping, synth embellishments and dreamy wordless vocals. Aside from being credited as the composer and guitarist on “Linha do Horizonte” a track from Azymuth’s debut album which would become the theme tune for a famous novella, Paraná has to this day, remained relatively unknown.

Both tracks were recorded in Jose Roberto Bertrami’s house in Rio de Janiero at some point between 1973-75. These tracks were not recorded in a professional studio, meaning the sound quality differs from other Azymuth releases.