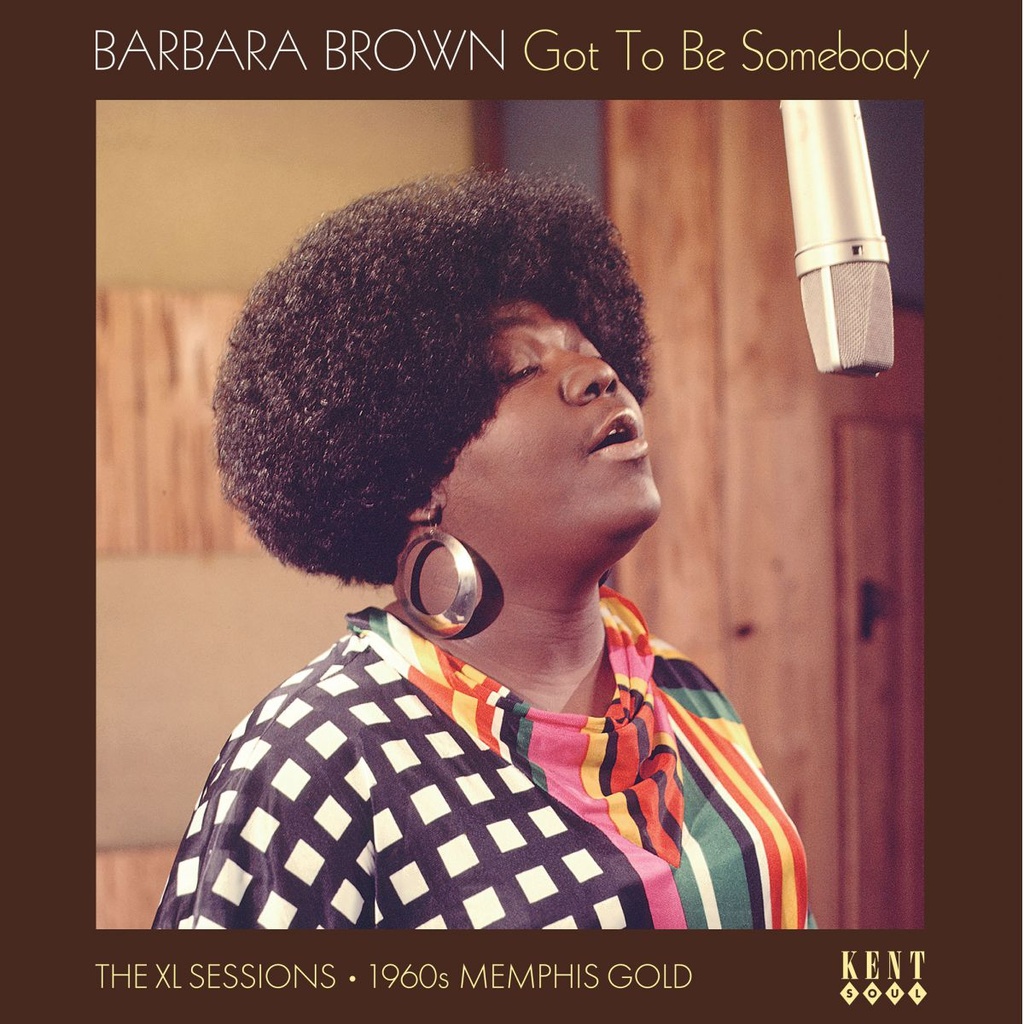 Barbara Brown, Got To Be Somebody: The XL Sessions 1960s Memphis Gold

Barbara Brown never had an LP release during her lifetime. Here is an approximation of what one might have sounded like.

Like so many soul acts, Barbara Brown’s career was defined by a slow and sometimes interrupted stream of singles. Often alongside the Browns – her sisters Roberta, Betty and Maurice – she had releases on a variety of labels which, together with the previously unissued tracks featured on her Kent CD, and further discoveries made since, amount to a body of work as illustrious as any of her Memphis-based peers.

Barbara’s first 45s were released on the Wil-Mo and Stax labels in 1963/4, while her final recordings appeared on Gene Lucchesi’s Sounds Of Memphis imprint in 1971/2. The tracks contained here were all recorded between 1966 and 1968 for Lucchesi’s XL label, although most were leased out to other companies and the rest were not issued at the time. Never a studio man, Lucchesi left the recording side of things to his partners Stan Kesler, who was responsible for putting together the band, and producer Charles Chalmers, famed for his saxophone work on some of Aretha Franklin’s hits.

‘Plenty Of Room’ and ‘I Don’t Want To Have To Wait’ were issued on Cadet, ‘Can’t Find No Happiness’ and ‘A Great Big Thing’ on Atco, ‘Things Have Gone To Pieces’ and ‘There’s A Look On Your Face’ on Tower, and ‘You Don’t Love Me’ and ‘If I Can’t Run To You I’ll Crawl’ were belatedly released as the inaugural single on Sounds Of Memphis in 1971. The remaining tracks – ‘Play Thing’, ‘I’m Gonna Start A War’, ‘Man Around The House’, ‘Got To Be Somebody’ and ‘It Hurts Me So Much (To Be Able To Look And To Know I Can’t Touch)’ – all premiered on the CD “Can’t Find Happiness”, issued here on Kent in 2007.

Following her final Sounds Of Memphis releases, Barbara retired from music to bring up her family. This LP, in rounding up her 1960s recordings for Gene Lucchesi, confirms the fact that she was one of the greatest singers to have recorded in Memphis during that decade.