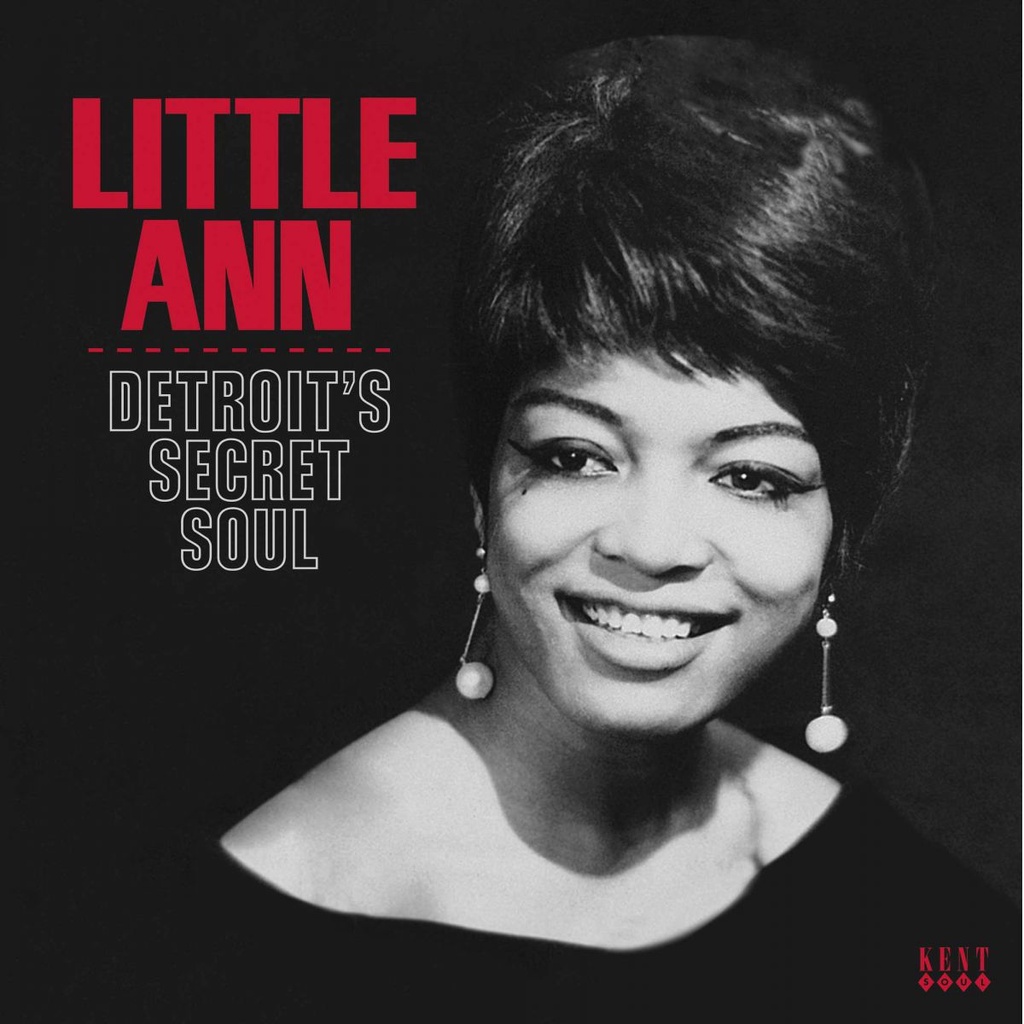 In the last two decades, Little Ann’s music has gone from being almost unheard to celebrated widely across the world. Initially known only as a footnote for having one side of one Ric-Tic single in 1968, the discovery and playing of her acetate of ‘What Should I Do’ at Wigan Casino in the late 70s meant her name become important to rare soul fans (when it was revealed that Little Ann was the real singer of the song erroneously attributed to Rose Valentine at the time).

Once Ace Records acquired Dave Hamilton’s Detroit studio tapes, through the auspices of researcher Richard Gilbert, more previously unheard gems came to light and eventually there were found to be nine songs recorded in 1967 and 1968 with Dave and his partner Darrell Goolsby. The dancers ‘Who Are You Trying To Fool’, ‘Sweep It Out In The Shed’ and ‘Lean Lanky Daddy’, proved to be perfect additions for the Northern Soul dance scene, while ‘I Gotta Have You’ and ‘Possession’ wowed the funk crowd, and the beauty of ‘Deep Shadows’ got through to every type of soul fan.

In 2009 Finnish label Timmion Records licensed a vinyl LP of the nine songs from Ace which was well received by soul collectors around the globe, especially in the USA. Since then more tape research has revealed a noticeably alternate take of ‘Who Are You Trying To Fool’, ‘I Gotta Have You’ with added backing vocals, and a cleaner version of ‘What Should I Do’. For this LP we were able to access Ann’s only other known recordings, which she cut under her real name of Ann Bridgeforth in Canada in 1972 and 1973.

Her self-penned ‘That’s All I Want From You’ is right up there with ‘Deep Shadows’ as a truly great ballad. Ann’s cousin provided us with a great colour shot of her from her high school days and the artwork and presentation of the album makes it a desirable object on many levels.